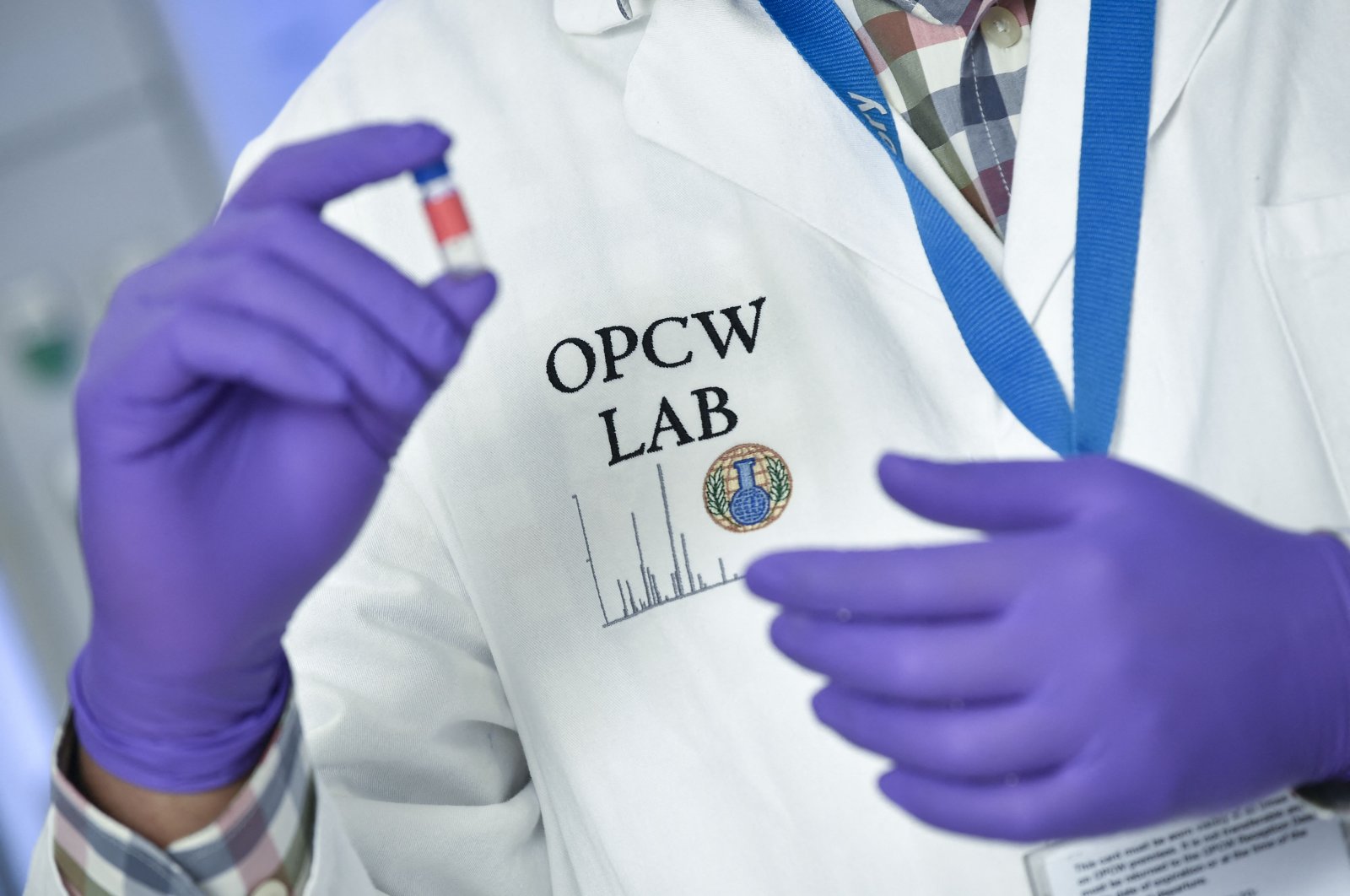 A laboratory technician inspects a test vial at the OPCW (The Organisation for the Prohibition of Chemical Weapons) headquarters in The Hague, Netherlands, April 20, 2018. (AFP Photo)
by DAILY SABAH Apr 23, 2021 12:29 pm
RECOMMENDED

Head of the Organisation for the Prohibition of Chemical Weapons (OPCW) Fernando Arias on Thursday stated that the punishment of Syria showed the body’s commitment to abolishing chemical weapons after, in an unprecedented vote, member states of the watchdog suspended Syria's voting rights at the organization.

Arias said this week's conference of member states had "reaffirmed that the use of chemical weapons is the most serious breach of the (Chemical Weapons) Convention there can be, as people's lives are taken or destroyed.

"By deciding to address the possession and use of chemical weapons by a state party, the conference has reiterated the international community's ethical commitment to uphold the norm against these weapons."

Damascus and its ally Moscow both slammed Wednesday's vote by a majority of the countries at the OPCW to punish Syria.

Russia and Syria said the decision, taken after an investigation found Syria had carried out three sarin and chlorine attacks in 2017, showed the Hague-based regulator was becoming politicized by the West.

Syria, which joined the organization in 2013 after being threatened with airstrikes in response to a chemical attack on the outskirts of the country’s capital, denounced the move as a “propaganda tool” and denied using chemical weapons.

The vote, which required a two-thirds majority to pass, marked the first time a member state of the OPCW has been hit with such a sanction.

In a tweet, the British delegation to the meeting called the decision a “Vital step to maintain credibility of Chemical Weapons Convention.”

France introduced the motion on behalf of 46 countries including Britain and the United States to punish Syria after it failed to answer questions about the weapons used in the 2017 attacks on the village of Lataminah.

Eighty-seven countries voted in favor of the motion on Wednesday, 15 including Syria, Russia, China and Iran voted against, and 34 abstained.

Syria's rights will remain suspended until member states decide that Damascus has fully declared all of its chemical weapons and weapons-making facilities.

Syria says the Lataminah attacks were fabricated and that it gave up all its chemical weapons after joining the OPCW in 2013, following a suspected sarin attack that killed 1,400 people in the Damascus suburb of Ghouta.