Türkiye Diyanet Foundation to distribute aid to Syrians in Ramadan 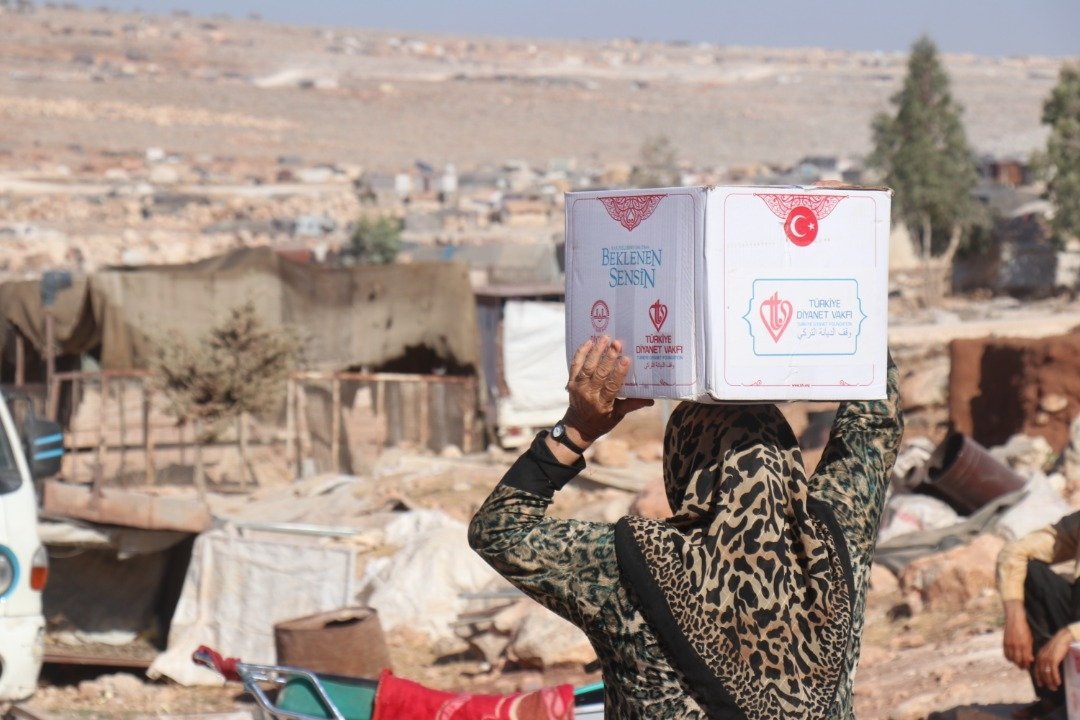 The Türkiye Diyanet Foundation (TDV) is planning to distribute aid to tens of thousands of people, including orphans in areas liberated from terrorist organizations in northern Syria in the Muslim holy month of Ramadan, Anadolu Agency reported Friday.

The TDV will provide fast-breaking meals to 30,000 people, while the aid group will distribute food packages to 10,000 families and will distribute clothes to 2,000 orphaned children for Ramadan Bayram, also known as Eid al-Fitr.

Idlib has long been under siege by the forces of the Bashar Assad regime and its allies, with previous cease-fires in the region having been plagued by violations.

The success of Turkey’s cross-border operations has enabled the return of more than 414,000 Syrians.

Since 2016, Turkey has launched four successful anti-terrorism operations across its border in northern Syria to prevent the formation of a terrorism corridor and enable peaceful settlement by locals: Euphrates Shield in 2016, Olive Branch in 2018, Peace Spring in 2019 and Spring Shield in 2020.

“Orphans are especially in dire need of a helping hand,” Açık said, adding that they not only aim to distribute aid, but also to make them feel loved and cared for.

He noted that the volunteers love to spend time with the orphaned children and their aid establishes bridges of compassion between the two peoples.

In order to ease conditions in the region, Turkish humanitarian agencies have regularly provided aid to Idlib, with an emphasis on building houses for displaced Syrians now living in camps.

Syria has been ravaged by civil war since early 2011 when the Bashar Assad regime cracked down on pro-democracy protesters. Hundreds of thousands of people have been killed and more than 10 million displaced, according to United Nation estimates.