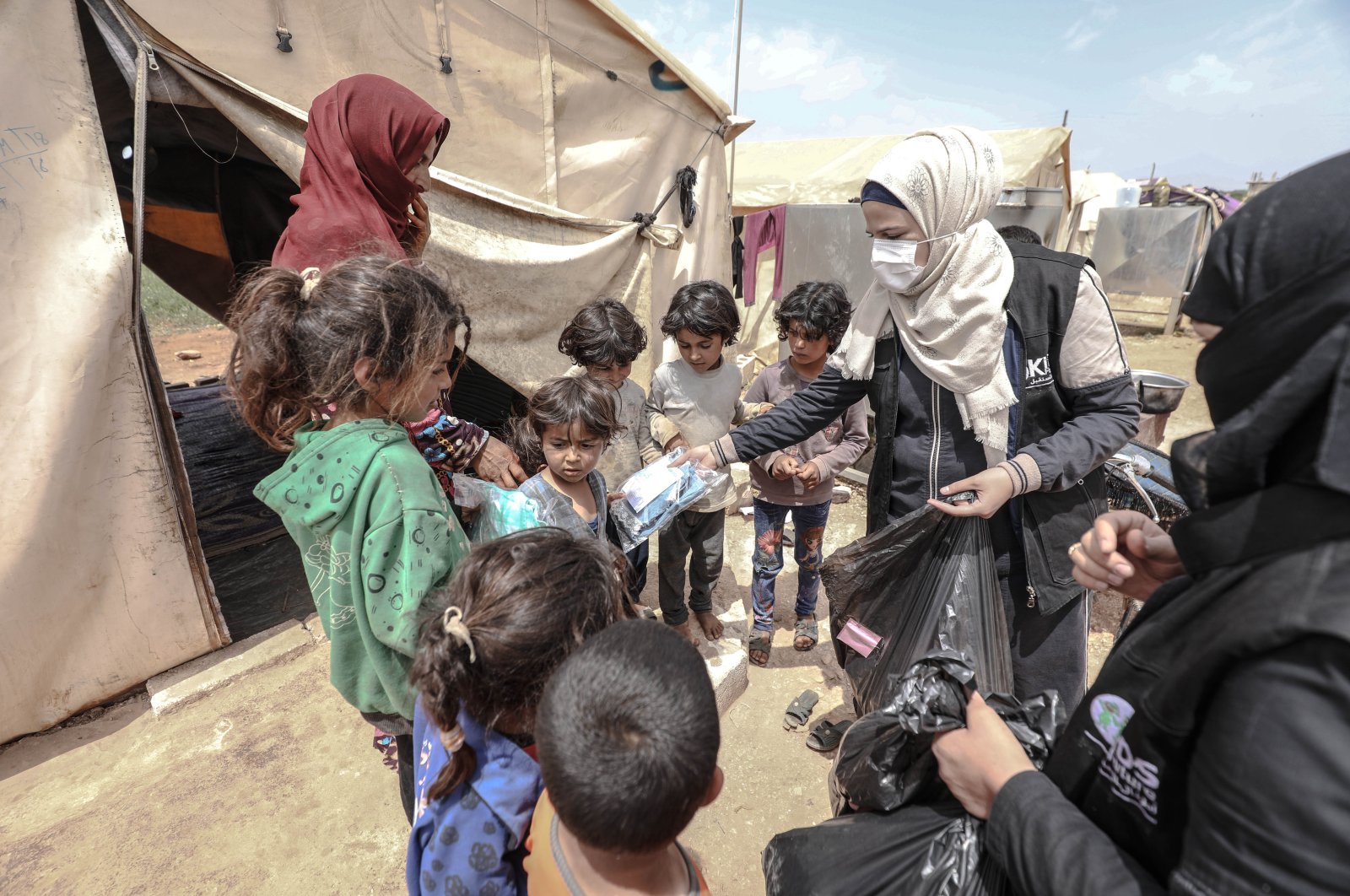 A group of Syrian women who work as volunteer tailors in northwestern Syria's opposition-held Idlib is repairing secondhand clothes and distributing them to the displaced children living in tents and camps in the region to give them a glimmer of hope ahead of the upcoming holiday Ramadan Bayram, also known as Eid al-Fitr.

Under a campaign called "Your clothes make them happy," the six women are working to provide clothing for children who were forced to flee their hometowns due to the Bashar Assad regime's attacks before Ramadan Bayram.

Speaking to Anadolu Agency (AA), Meryem Ceblevi, one of the volunteer tailors, said: "We have collected used clothes through the campaign we launched. We cut them in the workshop, stitch them and distribute them to poor families."

The aim of the ongoing campaign is to provide a little happiness to families who were displaced due to the regime attacks and live in harsh conditions in camps, she said and added: "We do this job voluntarily. We make children happy."

Another volunteer, Riham Um Mohammad, said that they are preparing clothes for children between the ages of 3 and 12 to give them a little joy.

Dua Halaf, an 11-year-old displaced child who is living in camps, told AA that a few women came to the tents and distributed clothes to the children.

Sehid Ali, a 12-year-old, also said that they have been living in a tent for years. "Volunteers came and distributed clothes for the bayram," he said.

The lives of Syrian people dealing with numerous difficulties in rural Idlib's tent camps have become much harder due to the ongoing pandemic. As the humanitarian catastrophe in the region has reached new heights, people try to survive by taking shelter under trees or shaky tents built on mud and puddles. Many Turkish nongovernmental organizations (NGOs) and state agencies keep providing vital humanitarian aid and conducting humanitarian efforts in the region hosting nearly 4 million people.

Back in June 2020, President Recep Tayyip Erdoğan pledged to fund the construction of 50 briquette homes for civilians in Idlib, saying Turkey planned to fulfill the target during the summer so the shelters would be ready for the refugees before winter sets in. First lady Emine Erdoğan also donated funds to subsidize 57 briquette homes. Since then, multiple humanitarian agencies from Turkey have participated in the construction of briquette houses, among other aid services. Although Turkish officials and charities continue their efforts to provide humanitarian aid, there are still thousands more who need urgent assistance from the international community.