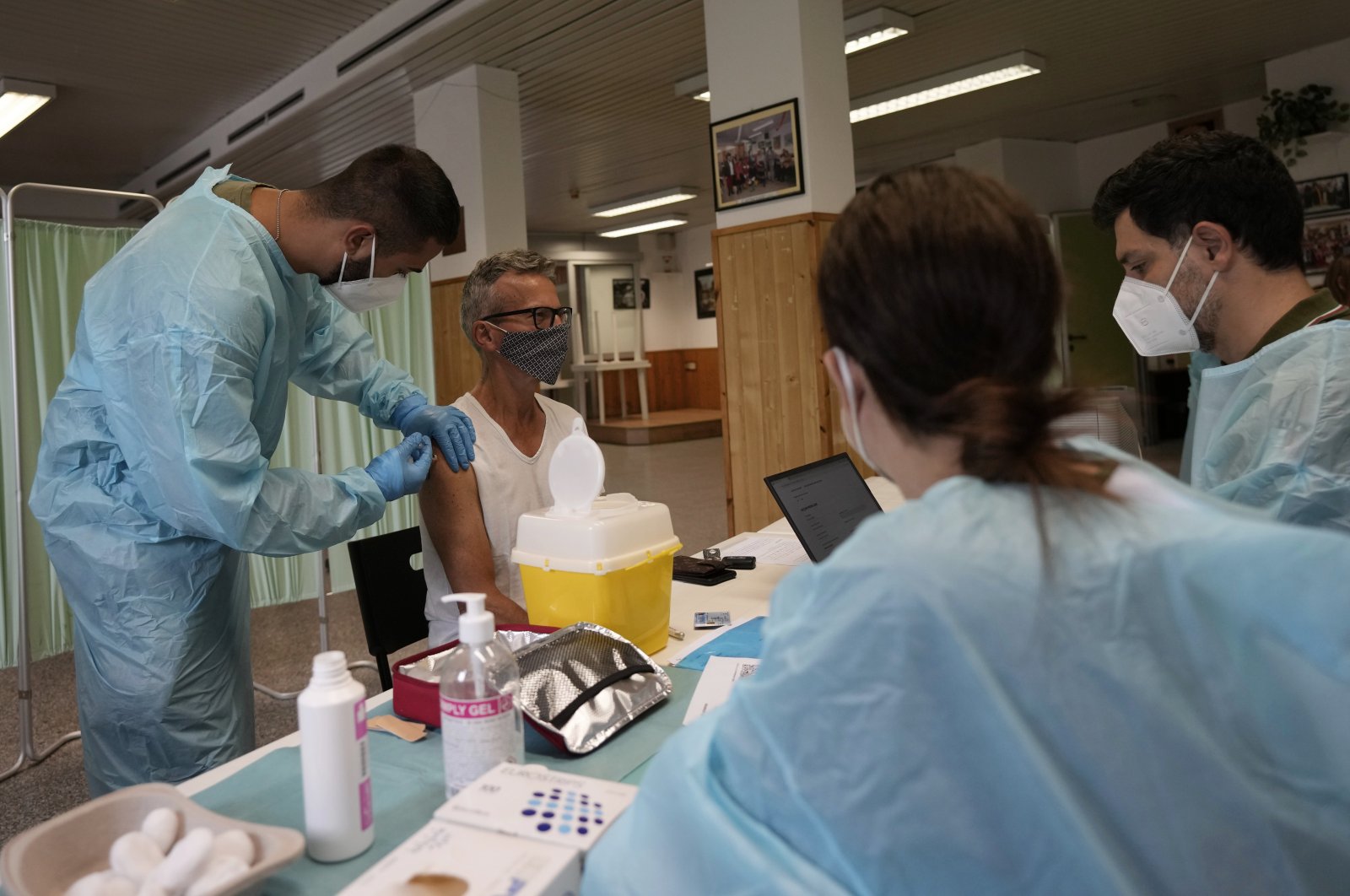 As developing nations are pleading for COVID-19 shots, wealthy states fail to meet the demand, an independent panel says, calling vaccine inequity a key factor in the wave of death in Africa, Asia and Latin America

Wealthy nations have not done enough to provide developing nations with essential COVID-19 vaccines, an expert independent panel monitoring the world’s response to the pandemic has said, as the highly contagious delta variant of the coronavirus drives a new surge of infections around the world.

The Independent Panel for Pandemic Preparedness and Response (IPPPR), said Wednesday that high-income states are failing to reallocate 1 billion doses of the coronavirus vaccine to low and middle-income nations by September. Earlier in May in its report, it asked to transfer another billion by the middle of 2022.

“The world is far from meeting those targets,” Helen Clark, the co-chair of the IPPPR told the United Nations General Assembly on Wednesday. “Some commitments have been made but much more needs to be done, and it can be done urgently.”

Since the IPPPR released its report the COVID-19 pandemic has aggravated. The delta variant, also known as the Indian variant, spread across Asia Pacific and other parts of the world where only a small number of the population has been vaccinated. Health systems in some countries are on the brink of collapse while death rates are on the rise.

Clark and Ellen Johnson Sirleaf, the other co-chair, said there was an urgent need to rethink the way vaccines and treatments are developed, noting that in its May report, the commission characterized the current system as inadequate.

“Vaccine inequity is a key factor in the wave of death we’re seeing across Africa, Asia and Latin America,” Clark said. He added that the panel supported the temporary waiver of patents under the World Trade Organization's (WTO) TRIPS agreement to ensure the rapid production of more vaccines. The U.S. also backed this move.

“It’s astonishing and self-defeating that pharmaceutical manufacturers continue not to share the technology or know-how which could help quickly scale manufacturing. We believe there is a need to shift away from a market-based model to one based on global public goods.”

While poor countries struggle to inoculate their citizens, Europe’s famed summer holiday season is in full swing, with efforts to inoculate people against the coronavirus not taking a break.

Instead, with lockdowns easing despite concerns about variants and nations looking to breathe new life into their ailing tourism industries, vaccinations are being taken to vacationers. It’s all part of an effort to maintain momentum in campaigns to protect against the pandemic that has killed more than 1 million across the continent, including in the European Union, the United Kingdom and Russia.

From France’s sun-kissed Mediterranean coast to the azure waters of Italy’s Adriatic beaches and Russian Black Sea resorts, health authorities are trying to make a COVID-19 shot as much part of this summer as sunscreen and shades for those who are not yet fully vaccinated.

The new drive to take shots to tourists is a way of adapting to Europe’s annual summer migration when it seems whole cities empty of their residents for weeks. Those long absences from home pose a particular challenge for many nations European, where public health systems often focus on delivering vaccines to people based on where they live.

In Britain, where 70% of adults already are fully vaccinated, campaigns now are aimed at the younger generations with walk-in pop-up clinics in parks, a recent event complete with DJ at the Tate Modern museum and shots on offer to music lovers at the Latitude Festival.

Mickael Bomard, from Le Plessis-Robinson in the Paris region, recently took his 15-year-old son Nolan to a squat building just meters (yards) from the gently lapping waves of the Mediterranean at Carry-le-Rouet, a popular holiday spot near the port city of Marseille.

“Given the measures that are being taken now and the obligations when school starts again in September, we have decided to get him vaccinated,” Bomard told The Associated Press (AP).

The vaccination center is giving shots to about 200 people each day – vacationers and locals – says Agnes Gatto, a nurse who runs the facility.

In France, where resistance to the vaccine has been particularly stubborn, a new rule came into effect last week that forces those who want to visit public sites ranging from cinemas to casinos to the Eiffel Tower to get a pass that shows they are either fully vaccinated, have tested negative for the coronavirus or recovered from COVID-19. The measure will be extended to restaurants and cafes from next month. That’s part of the reason more people are leaving the sand for a shot in the arm.

It was enough to push Bomard to take Nolan: “Not being able to go out for dinner together with the family, go to restaurants, and maybe having to find at the last minute an appointment in a packed vaccination center in September in order for him to go to middle school.”

After a slow start to vaccinations, 57% of adults in the European Union are now fully vaccinated against COVID-19, the bloc’s executive says.

Even so, European Commission President Ursula von der Leyen is warning against complacency given the well-established presence in Europe of the delta variant.

She recently said that the “variant is very dangerous. I therefore call on everyone – who has the opportunity – to be vaccinated. For their own health and to protect others.”

To that end, flexible vaccination initiatives are cropping up across Europe.

In Italy, a vaccination van is set to start circulating in the popular Adriatic Sea destination Rimini this weekend, following a similar mobile campaign at Lazio’s beaches, where many Romans have second homes. At Rome’s main airport, meanwhile, authorities opened a vaccination area this week where any traveler passing through can get a vaccine just before departure.

Still, some have complained of difficulties in getting vaccines outside of their home regions. Milan residents on vacation along the Ligurian coast have not been able to get a second shot, Corriere della Sera daily reported, for instance. But Liguria’s regional governor, Giovanni Toti, said the bureaucratic bug responsible could be ironed out in days.

In Russia, which is struggling with widespread vaccine skepticism, the popular southern vacation destination of Krasnodar, a region home to the renowned Black Sea resort of Sochi, is trying to persuade the hesitant: Starting Aug. 1, it will only let visitors into hotels and spas if they have a negative coronavirus test or a vaccination certificate. Tourists with a negative test will be required to get vaccinated locally within three days of arrival.

“We will provide the vaccine,” Krasnodar Gov. Veniamin Kondratyev said.

In France, the pandemic pass appears to be having the desired effect of pushing some people skeptical of COVID-19 vaccines to get the shot anyway.

“I wasn’t really in favor of the vaccine because I’m young. I haven’t settled yet, I have no children, etc. so I’m a bit afraid of the long-term side effects,” said 24-year-old Carry-le-Rouet resident Noemie Cienzo. “But now, with the PCR tests we have to do every time we want to go out, I think I will (get vaccinated) otherwise it will become complicated.”