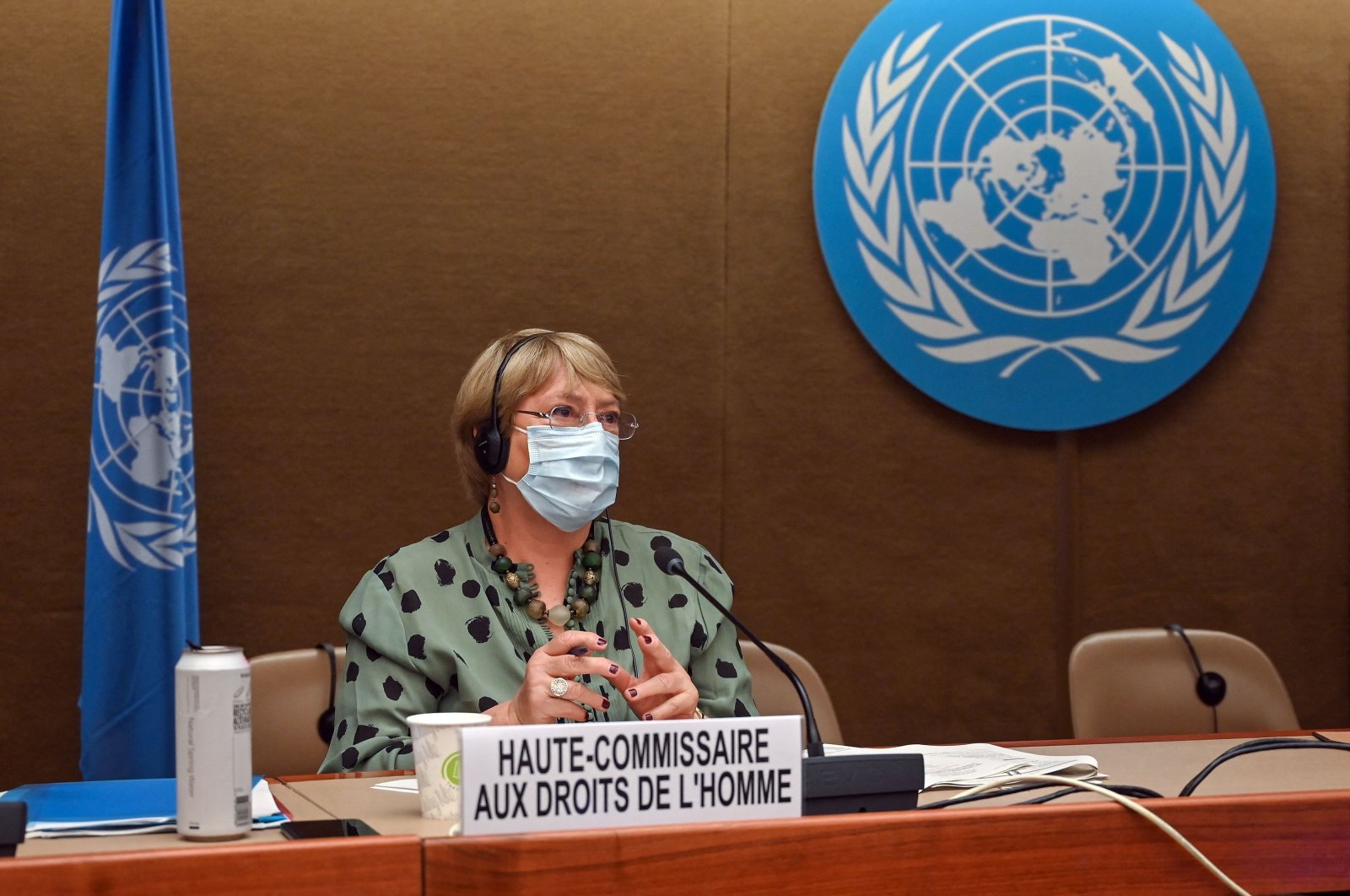 The U.N. human rights chief on Monday urged "concerted action" to recover from the worst global deterioration in human rights in decades, highlighting the situations in China, Russia and Ethiopia, among others.

"To recover from the most wide-reaching and severe cascade of human rights setbacks in our lifetimes, we need a life-changing vision, and concerted action," Michelle Bachelet told the opening of the U.N. Human Rights Council's 47th session. "Extreme poverty, inequalities and injustice are rising. Democratic and civic space is being eroded," she warned.

Bachelet voiced deep concern about a number of country situations. She said she was "deeply disturbed" by reports of "serious violations" in Ethiopia's northern Tigray region, wracked by war and with some 350,000 people threatened by famine. She pointed to "extrajudicial executions, arbitrary arrests and detentions, sexual violence against children as well as adults, and forced displacement," and said she had "credible reports" that Eritrean soldiers were still operating in the region.

Other parts of Ethiopia, which was holding elections Monday, were also seeing "alarming incidents of deadly ethnic and inter-communal violence and displacement are linked to increasing polarisation about longstanding grievances," Bachelet said. "The ongoing deployment of military forces is not a durable solution," she said, calling for national dialogue.

The U.N. rights chief also pointed to the "chilling impact" of a sweeping national security law introduced in Hong Kong. The law, which took effect on July 1, 2020, is seen as the spear tip of a sweeping crackdown on Beijing's critics in the semi-autonomous city of Hong Kong following 2019's huge democracy protests.

It has criminalized much dissent, given China jurisdiction over some cases and awarded authorities a suite of powerful new investigation powers. Bachelet warned that "107 people have been arrested under the National Security Law and 57 have been formally charged."

The first trial under the new law is due later this week, in what she said would "be an important test of independence for Hong Kong's judiciary." She also said she hoped to finally be able to visit the Chinese region of Xinjiang this year.

"I continue to discuss with China modalities for a visit, including meaningful access, to the Xinjiang Uyghur Autonomous Region, and hope this can be achieved this year," Bachelet said, pointing out that "reports of serious human rights violations continue to emerge."

China has faced mounting international criticism over its policies in the northwestern region, where the United States has accused Beijing of committing genocide and crimes against humanity against the Uyghurs.

At least one million Uyghurs and other mostly Muslim minorities have been held in camps in the region, according to rights groups who also accuse authorities of imposing forced labor – allegations Beijing vehemently denies.

The U.N. rights chief also criticized recent measures by the Kremlin shrinking the space for opposing political views and access to participation in upcoming elections.

"I am dismayed by recent measures that further undermine people's right to express critical views, and their ability to take part in the parliamentary elections scheduled in September," she said.

She highlighted, in particular, the recent moves to dismantle the movement of Russia's main opposition politician Alexei Navalny, currently behind bars. Barring his organizations from working in the country, a Moscow court earlier this month branded them as "extremist," in a ruling Bachelet said was "based on vaguely-defined allegations of attempting to change the foundations of constitutional order."

"I call on Russia to uphold civil and political rights," Bachelet said, insisting "legislation restricting the freedoms of expression, peaceful assembly and association should be brought in line with international human rights norms and standards."

"I further urge the authorities to end the arbitrary practice of labelling ordinary individuals, journalists, and non-governmental organisations as 'extremists', 'foreign agents' or 'undesirable organisations.'"