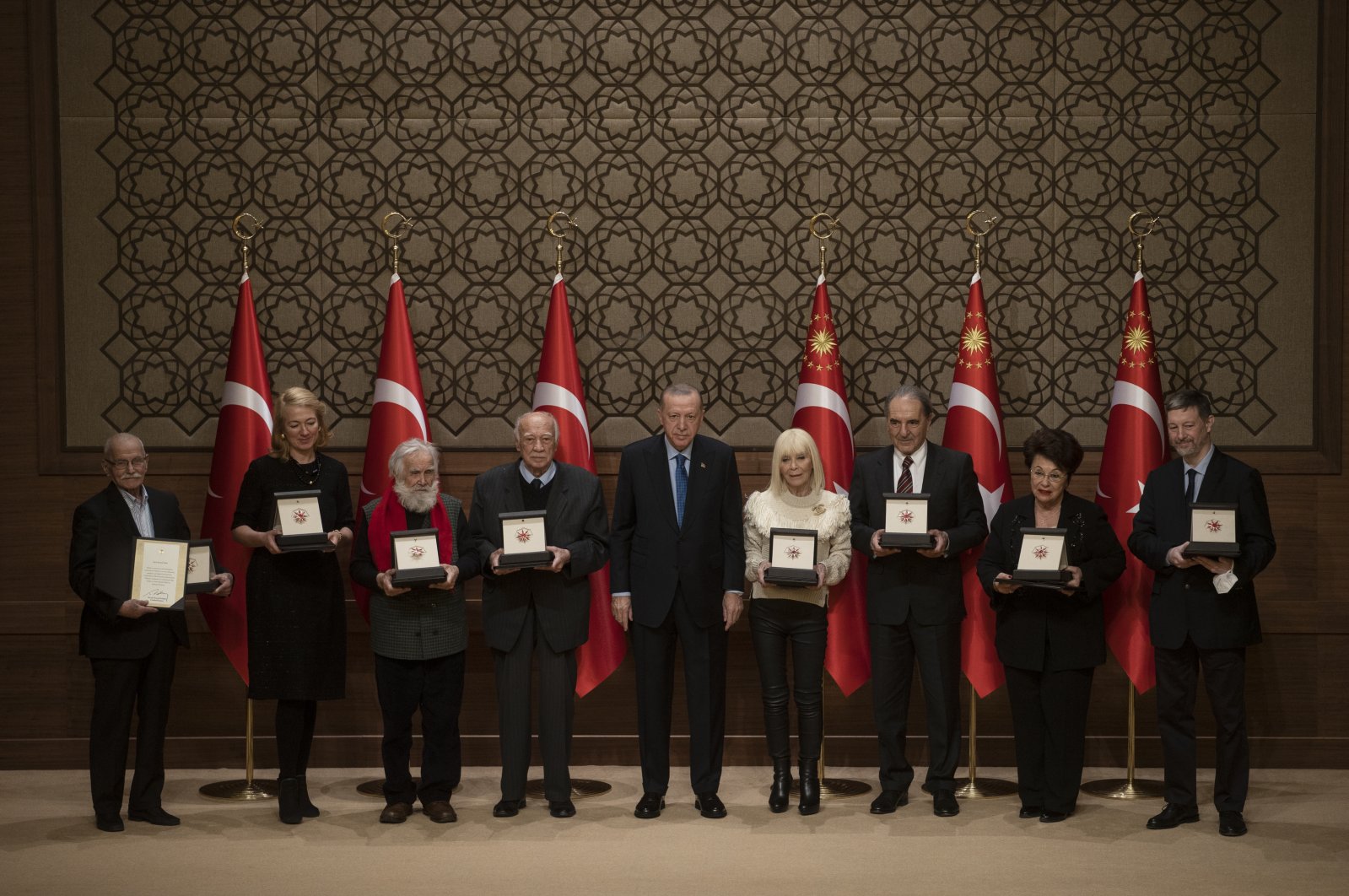 Speaking at the ceremony, Erdoğan said: “I, on behalf of myself and my nation, congratulate the connoisseurs of culture-arts and science to whom we will present their awards today.” Continuing his speech by commemorating the late Duralı, Erdoğan said, “Our teacher Teoman Duralı was among the people we will award today. Unfortunately, we bid farewell to him two weeks ago. He was one of the most important intellectuals that our country has raised in recent years. We once again remember our teacher, who spent his life with the love of learning.” Erdoğan also said that the area of the junction and tunnel in Zonguldak’s Kilyos will be named after Duralı.

Noting that the most powerful weapon of those who rule the global system is the tool of culture, Erdoğan added: “If we want to improve our civilization, the first area we will focus on is culture and arts. The great breakthrough we have made in the field of democracy in the last 10 years will continue by focusing on culture, art and education in the future. Our 2023 goals were on our material development elements. The main carrier of our 2053 vision will be education and culture."

The late Duralı received his award in the field of science and culture, with Deniz Duralı receiving the prize on behalf of the Turkish philosopher at the ceremony. A professor, biologist, academician and thinker, Duralı focused on philosophy from the biological standpoint throughout his career and left his mark on the Turkish academic world, students and readers with his distinctive style of interpretation.

World-renowned Turkish pianist Biret received her award in the field of music. Considered one of the greatest pianists in the world, Biret crowned her 60-year career with many concerts at home and abroad. Receiving many accolades to date, the pianist has been a state artist since 1971, an honorary title issued to artists by the government of Turkey for their contributions to Turkish culture.

Ebüziyya was honored with the Presidential Culture and Arts Grand Award in the field of visual arts. Talha Ebüziyya received the award on behalf of the Turkish potter. Ebüziyya is known for her small vessels that are aesthetically unique with a preference for glaze colors. She is the first female Turkish ceramic artist to achieve international fame through her groundbreaking techniques.

Betül Cüreklibatır accepted the award in the field of cinema on behalf of Arkın, who is one of the most acclaimed actors in Turkish cinema history. Arkın has portrayed various characters from elegant gentlemen to Turkic warriors, to a space invader and a police chief on the big screen and still continues to make great contributions to Turkish cinema and TV sectors.

Azak received his award in the field of literature. Azak, who started his career as a journalist, writer and illustrator and continued his work in Istanbul, is a key contributor to the heritage of Turkey. The artist has produced many paintings and written many works to date. The most important feature of Azak throughout his career in every field is his sensitivity in the usage of the Turkish language.

Çalışkan, who received his prize from Erdoğan in the field of calligraphy, is a master calligrapher who dedicated his life to the art. Throughout his career, Çalışkan prepared many calligraphy works, including the diwan of Yunus Emre, and produced many paintings, including portraits of Mustafa Kemal Atatürk, Turkey’s founder.

Awarded in the field of bibliopolism, Manav started in the profession as an apprentice at Istanbul’s Beyazıt Sahaflar Çarşısı (Second-hand bookstores). Being a different career from working in libraries and normal bookstores, Manav, as a sahaf (secondhand) bookseller, was an expert in collecting and buying valuable works, especially handwritten ones, in the field of culture and arts. He made a great contribution in transferring rare works to future generations.

Kemal Tahir Foundation President Cengiz Yazoğlu received the award on behalf of Tahir. Tahir is one of Turkey's literary legacies in world literature. Although he led a very tumultuous life, such hard times fed his writings with the true realism and social perspective the country needed at the time.