Ancient city of Ephesus to reunite with Aegean after 2,500 years 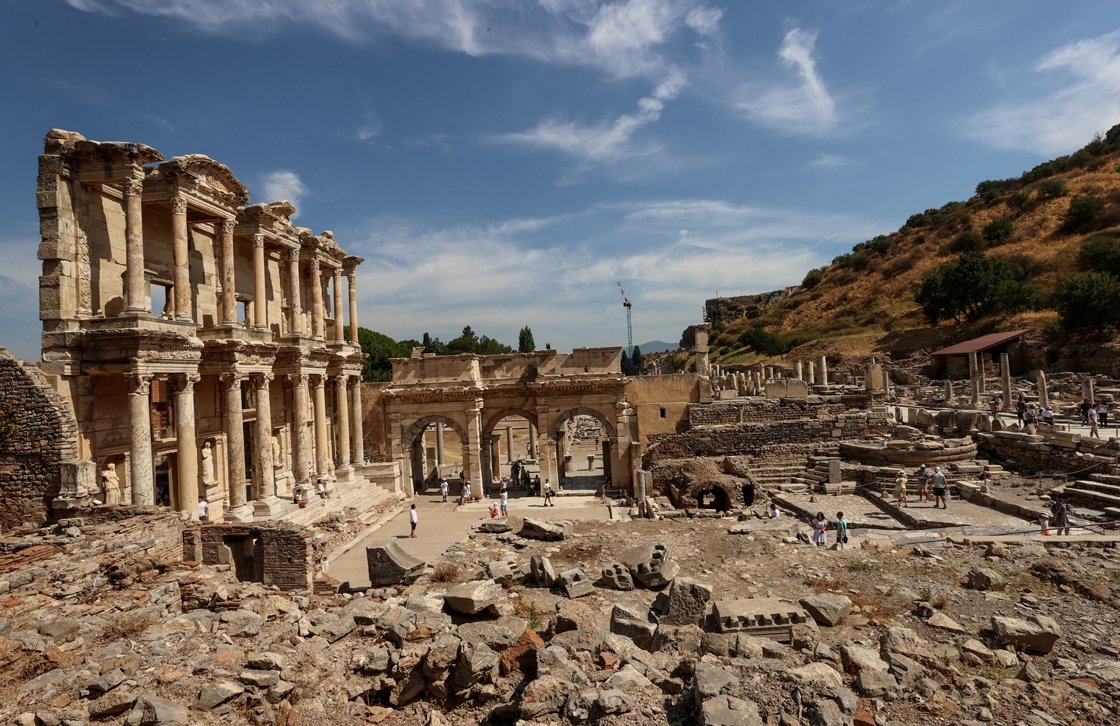 Agriculture and Forestry Minister Bekir Pakdemirli reported that, before the end of 2022, the world-famous ancient city of Ephesus will be reunited with the Aegean Sea after 2,500 years via a new canal.

Work has started on the Ephesus Ancient Canal Project, which was launched to reunite the ancient city of Ephesus in western Izmir province’s Selçuk district with the sea again after 2,500 years. The canal project consisted of two stages. The first phase of the project includes the rearrangement of the entrance of the ancient canal and the construction of a marina and breakwater structure. In the second phase, the area from the Izmir-Kuşadası highway to the Ephesus Port will be reorganized in accordance with the historical texture.

Visiting the canal project works in Ephesus, Pakdemirli said that Ephesus was a port city in the past, but it is located 9-10 kilometers (5.5-6 miles) inland from the sea today. “We realized the canal project in order to bring Ephesus’ historical appearance back, to make Ephesus a focal point again and to increase the tourism potential in the region.

With the project, it will be possible to travel to Ephesus on boats again after 2,500 years. The goal is to increase the number of tourists coming to Ephesus every year and make it one of the most important destinations in Turkey.

Reiterating that Ephesus is also of great importance for Christians, the minister added: “The region is home to very important sites for Christianity. In other words, just as Muslims go on pilgrimages, Christians come here and visit the Church of Mary and other ruins. With the canal project, the goal is to increase the number of visitors, boosting tourism in the region.”