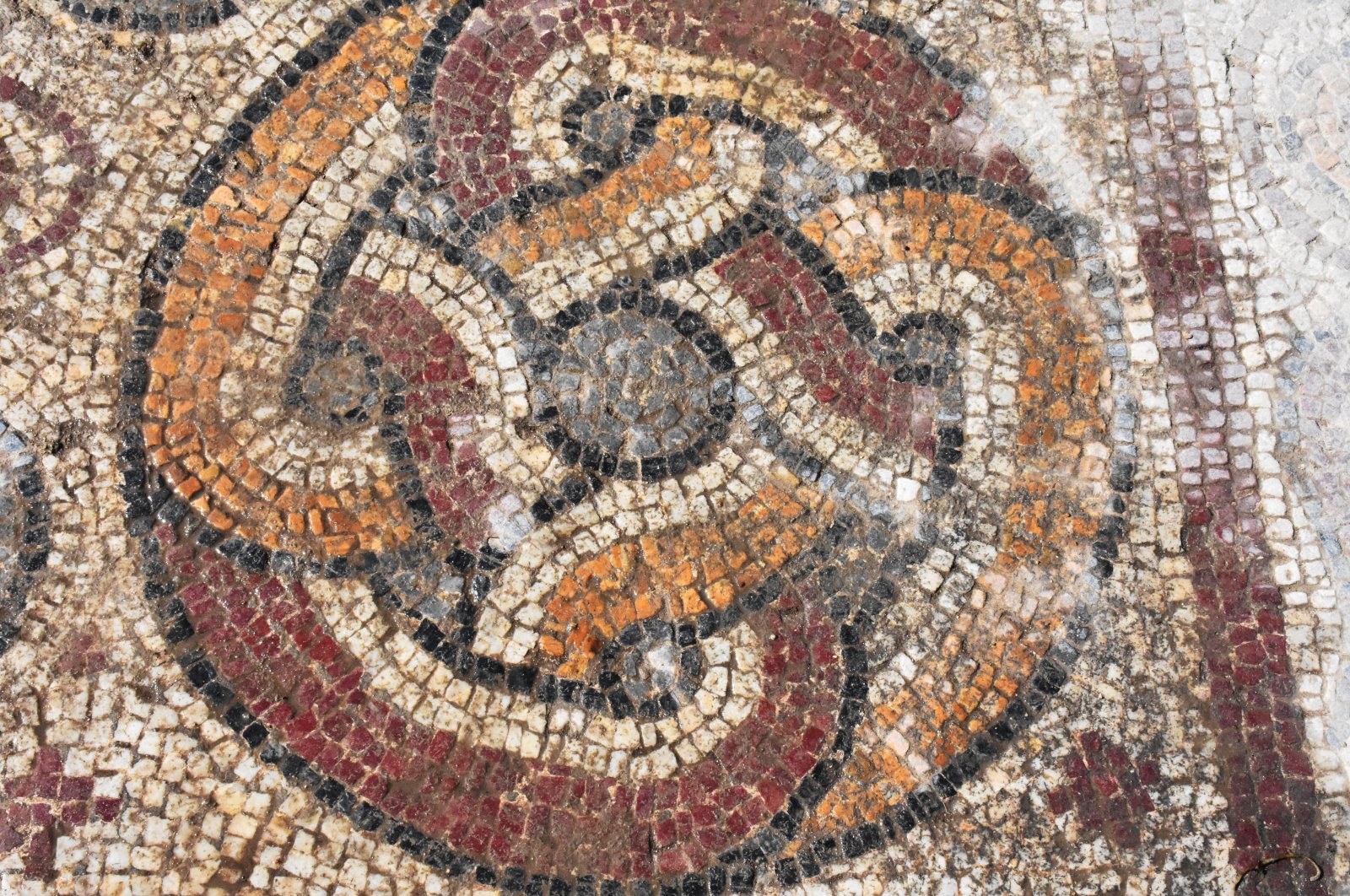 Excavation, restoration and conservation works continue throughout the year in the ancient city of Stratonikeia, also known as the "City of Gladiators," which is on the UNESCO World Heritage Tentative List. The 1,600-year-old mosaics unearthed during the latest excavations in the ancient city, one of the world’s largest marble cities located in southwestern Muğla province, are being introduced to tourism through conservation studies.

The ancient city of Stratonikeia was one of the most important cities of Caria, a region of western Anatolia extending along the coast from mid-Ionia south to Lycia and east to Phrygia. The settlement of the Carians and Leleges, the Indigenous people of Anatolia, continued its importance during the Hellenistic, Roman, Byzantine, Anatolian principalities, Ottoman and Republican periods.

The artifacts found in the ancient city have been meticulously preserved to be displayed for history and art enthusiasts and tourists.

Stratonikeia and Lagina excavation director professor Bilal Söğüt told Anadolu Agency (AA) that there are significant ancient ruins in Stratonikeia and that they started work on the northern city gate of the city two years ago. Stating they have completed stages of their work in the gate, Söğüt said that they also carried out excavations and restorations on the west street, latrine (toilet) and theater along with the northern city gate this year.

He said that they started the excavation of an important building located at the junction of the north and west streets. Emphasizing that this building is an important structure for the Christian period according to their findings and inscriptions, the professor continued: “The mosaics unearthed in this area are about 1,600 years old. We know that a master from Ephesus came and worked here and made the mosaics in this area. There are also inscriptions from the Roman, Imperial and early Byzantine periods around the mosaics. They often have geometric and floral ornaments. They were made of colored stones and are one of the most beautiful works of that period.”

Noting that the mosaics will be presented to tourists following their ongoing restoration, Söğüt said that a graphic team also worked in the region with them. This team will also prepare a digital three-dimensional reerected version of the ruined structures of the ancient city.