Alchemiya to introduce Islamic culture to world with rich content 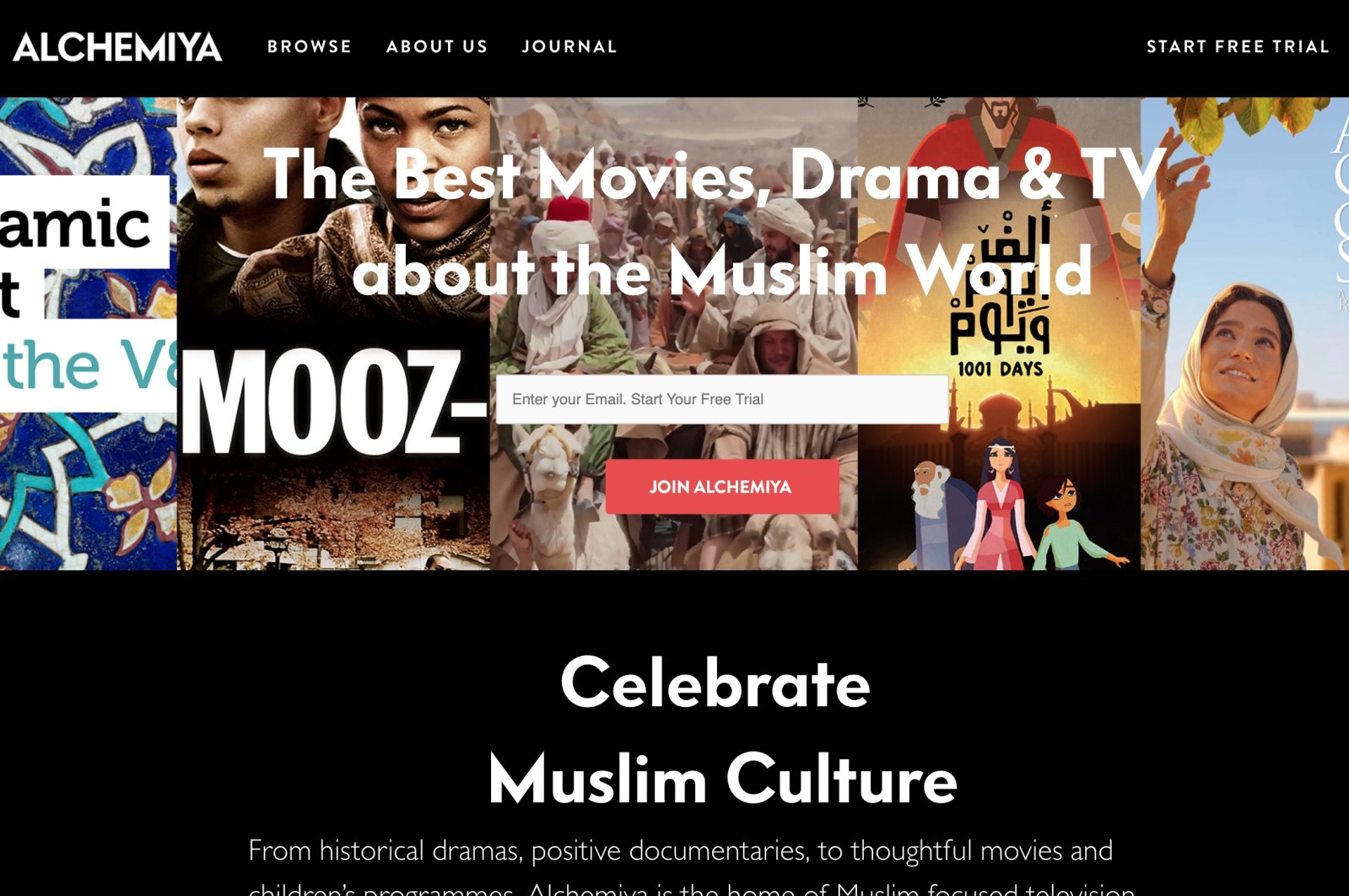 Arising due to the rising trend of Muslims being negatively portrayed in the media, the platform aims to transform the way the world sees Islam through its rich, inspiring audiovisual content.

Speaking to Anadolu Agency (AA), Alchemiya CEO Navid Akhtar explained how the platform came to be. While working for the British public broadcaster BBC and preparing various content, Akhtar noticed that none of these programs reflected the Muslim lifestyle, history, arts or culinary cultures.

Akhtar said that the lack of positive representation began to bother him and that this was the reason he quit working at BBC, the CEO continued: “I started to think what I can do in the later period. Launching a new TV channel or making news were not good options as there is already a myriad of channels or institutions operating in these fields. During the pandemic era, we observed that internet platforms like Netflix and Amazon Prime attracted the attention the most. Therefore, operating a business in this field was much easier in terms of being accessible by viewers. This was our starting point.”

Remarking on the name they chose for the platform, Alchemiya, he said: "It is a word from the Arabic language and is used to describe a 'chemical' process of trying to change ordinary metals like lead into gold. I choose this name because here in London, where I live, Islam was seen as a dangerous religion in the eyes of many people. My mission is to change their perspective and show them the beauty of our religious culture and how it goes much further, creating beautiful objects, buildings, poetry, food and people."

The platform initially collaborated with small investors due to the big investors' lack of interest in the project. With time the channel expanded and currently it features 600-700 pieces of content. Saying that they work to enrich their platform and will include add nearly 2000 titles to their library soon, Akhtar said, “When people visit our platform, we don’t want them to think we represent any race. We try to give a place to every culture in our content. We also avoid sectarian discussions such as Sunni and Shia. We only represent Islam. When you see a beautiful mosque architecture, you do not question to which sect it belongs. At this point, we try to be careful, respect everyone's sensitivities, and broadcast content from all over the world.”

As the platform works to enrich its content, Akhtar noted that it does not aim to have viewers glued to the screen. “We don't believe in Netflix’s system. We don't think that being in front of the screen for long hours is good for people. So, we will have a limited variety of content between 1,000 and 2,000 and it will be sufficient. People should spend time with family and not over-watch or binge-watch.”

Akhtar also underlined that they do not encourage political discussions or criticism. “Our main focus is to celebrate the good sides of every culture. First of all, people should feel good and positive while watching our platform.”

According to the CEO, a large portion of the platform's current subscribers are from the U.K. and U.S., where Muslims are minorities. He said that schools in the U.K. have subscribed to Alchemiya to help teach Islam and the Quran to their students. Pointing out that they will spend some of the money that they earn from the platform on education, Akhtar said, "We want to train Muslim filmmakers, producers and screenwriters."

Movies like “Pankh,” “Love Supreme,” “Journey To Mecca,” “Zahra,” “Nooreh,” “Circling The House Of God,” “The World of Ibn Al Haytham” and series including “The Imam,” “Omar,” “Harun Al-Rashid,” “Ashab Al Kahf” and “Avicenna” are among the productions of the platform. It also features Turkish productions like “Ilahi bir Mimar: Sinan” (“Sinan, A Divine Architect”) and “Ayasofya: Kutsal Akıl” (“Hagia Sophia, Holy Wisdom”).