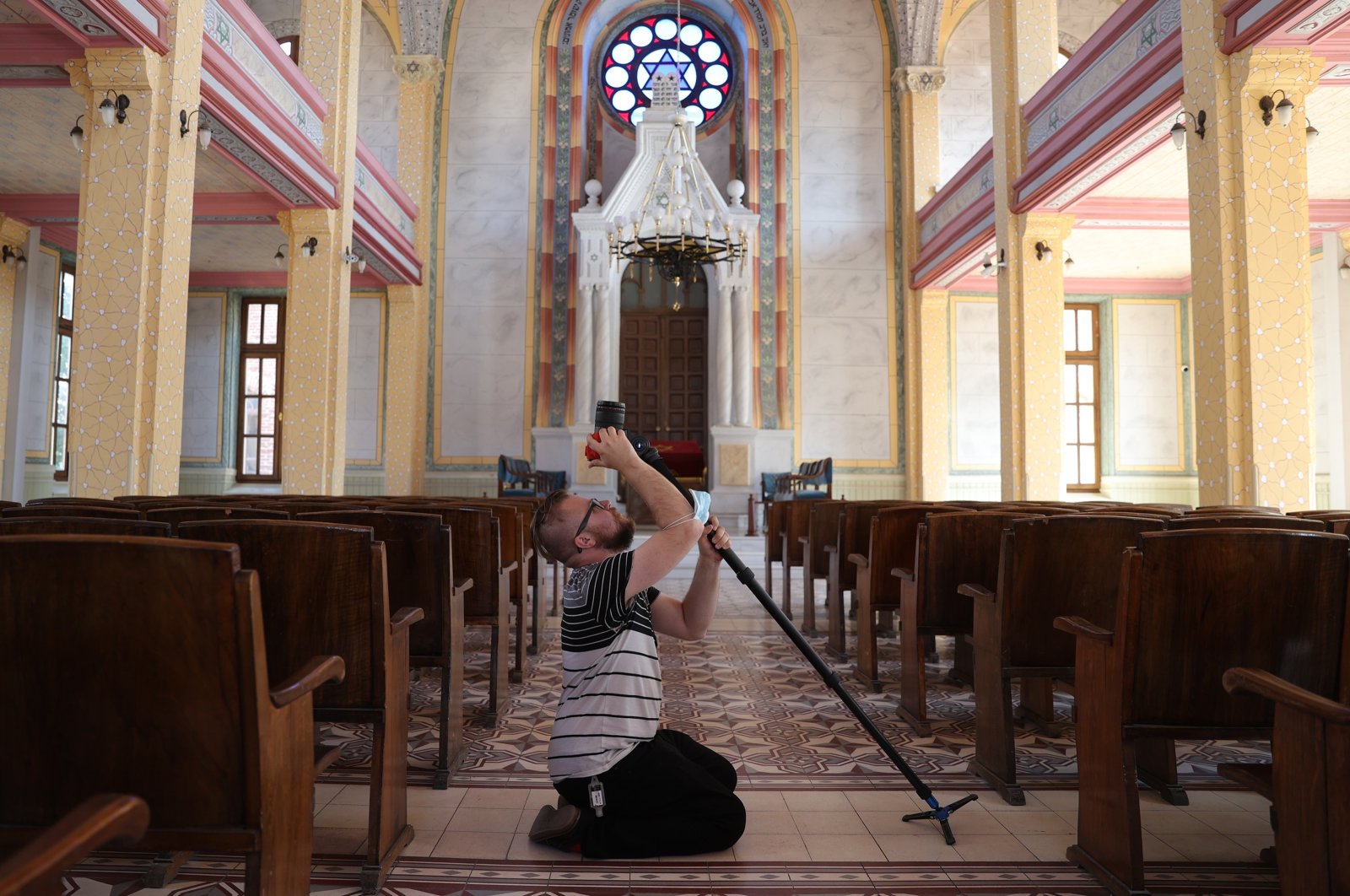 A new American documentary will tell the story of the Jews who were welcomed into the Ottoman Empire by Sultan Bayezid II after being exiled from Spain in 1492. The broadcasters from Jewish Life Television (JLTV), an American entertainment television network broadcasting Jewish-themed programming, have arrived in the northwestern province of Edirne – which served as the capital of the Ottoman Empire for 92 years – for the filming of the production.

Visiting the city to bring the story of expelled Spanish Jews – also known as Sephardic Jews – to the big screen upon the invitation of the Turkey Tourism Promotion and Development Agency (TGA), the team of five started shooting at Selimiye Mosque, which was built by famous Ottoman architect Mimar Sinan in 1575 and regarded as the peak of Turkish-Islamic architecture. They continued their filming in the Grand Synagogue of Edirne, interviewed the Jewish families living in Edirne and finally grabbed some footage from the Sultan Bayezid II Complex Health Museum, which was converted into a hospital museum from the complex commissioned by the sultan.

The program's producer, Brad Pomerance, told Anadolu Agency (AA) that visiting Edirne was an inspiring experience for him, and he was mesmerized by Selimiye Mosque. “It is wonderful to be and shoot in one of the minarets of this mosque, where 40,000 people worked during its construction in the 1570s. I am an American Jew and I am visiting one of the largest structures in Islam. It's a great honor and gift.”

Pomerance stated that Turkey was the center of three major religions in the past, and this points out how tolerant the country has always been as it welcomed people from all religions. Expressing that they met warm people in Turkey, Pomerance said: "Turkey is a country where 99% of the population is Muslim, and I was incredibly welcomed by these people. As an American Jew, I am preparing a documentary about the Jews who settled in Turkey in 1492 after the Spanish Inquisition and survived in Turkish lands to date. After Edirne, we will go to Izmir.”

Following the reconquest of the Iberian Peninsula, the Spanish monarch ordered the expulsion of practicing Jews from the country on July 30, 1492, paving the way for a heart-wrenching chapter in Jewish history. Ottoman Sultan Beyezid II (1481–1512), who was the successor of Mehmed II – famously known as Mehmed the Conqueror – issued a formal invitation to the thousands of Jews that were expelled and in search of a safe haven.

The sultan sent out the Ottoman navy under the command of Adm. Kemal Reis to Spain in 1492 to save the Sephardic Jews. Thousands fled to Ottoman-ruled cities such as Istanbul, Sarajevo, Salonica, Izmir, Adrianople (modern-day Edirne), Damascus and Jerusalem.