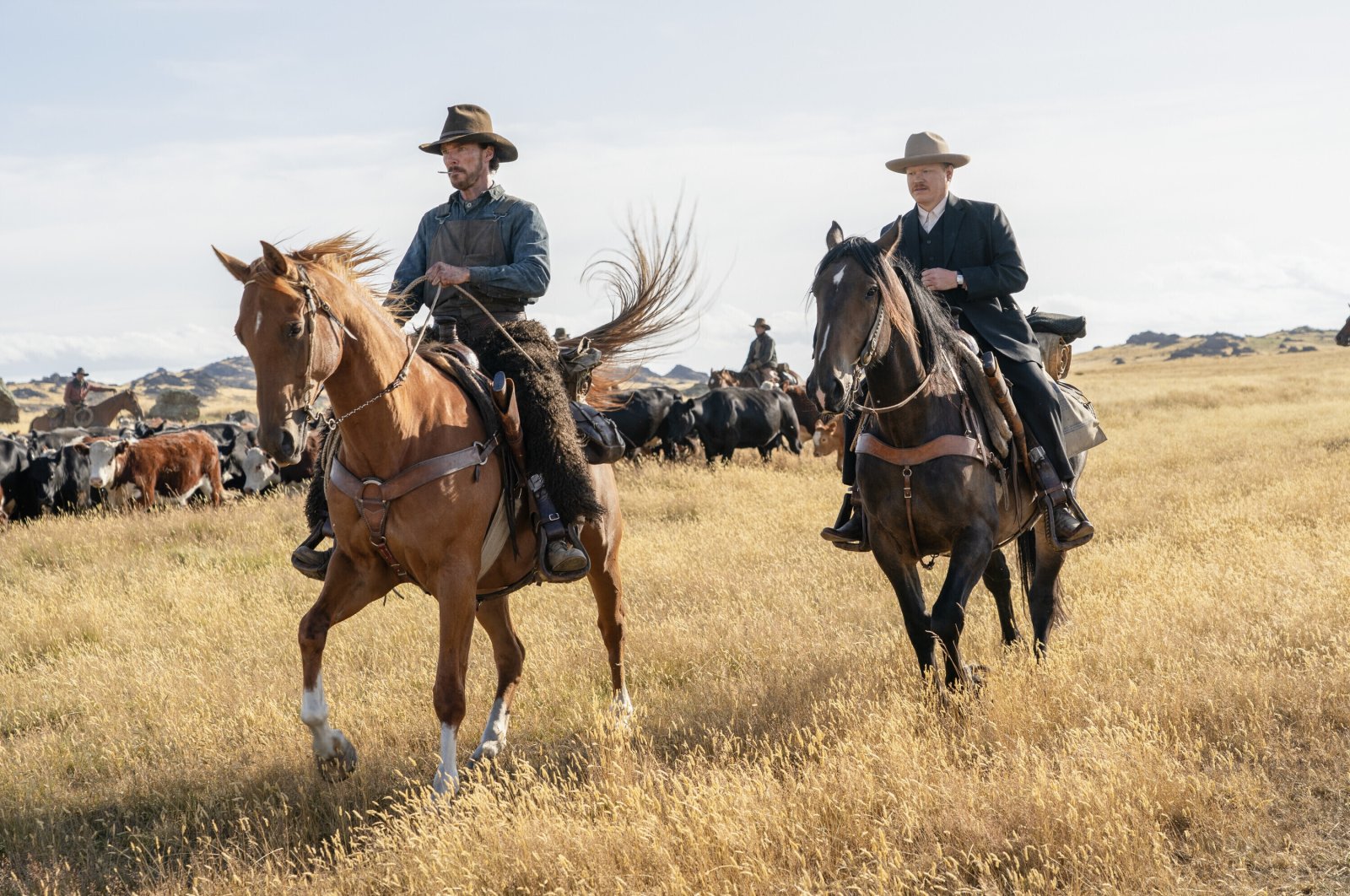 This image released by Netflix shows Benedict Cumberbatch (L) and Jesse Plemons in a scene from "The Power of the Dog." (AP Photo)
by ASSOCIATED PRESS Sep 09, 2021 11:16 am
RECOMMENDED

London Film Festival, one of the leading film events in the U.K., unveiled its 2021 program on Tuesday. The festival itinerary includes 158 features from 77 countries, down from 225 during its last pre-pandemic edition in 2019. The 2020 festival was a curtailed collection of 58 films, most screened online.

This year, mask-wearing, full-capacity audiences will be able to attend gala screenings at London’s riverside Southbank Center, with many of the premieres screened simultaneously at movie theaters across the U.K.

About 37% of the features are directed by women – not yet parity, but up from a quarter four years ago and “heading in the right direction,” festival director Tricia Tuttle said.

The festival opens Oct. 6 with the world premiere of “The Harder They Fall,” a Western from British director Jeymes Samuel with a black-led cast, and closes Oct. 17 with the European premiere of Joel Coen’s “The Tragedy of Macbeth,” starring Denzel Washington and Frances McDormand as William Shakespeare’s murderous Scottish royals.

The lineup includes 21 world premieres alongside prize-winners and headline-grabbers from the Cannes and Venice film festivals, including Jane Campion’s Montana-set Western “The Power of the Dog” and Edgar Wright’s swinging-60s horror romp “Last Night in Soho,” both of which premiered in Venice this month.

Also on the schedule are French director Julia Ducournau’s techno-sexual thriller “Titane,” – the winner of Cannes' top prize, the Palme d'Or – Paul Verhoeven’s nun drama “Benedetta” and Wes Anderson’s whimsical “The French Dispatch,” both of which also premiered at the French Riviera festival.

Another highlight is Chilean director Pablo Larrain’s “Spencer,” a film whose first publicity shot of Kristen Stewart as Princess Diana was enough to set off a frenzy of anticipation.

“I don’t think there’s a film fan alive who doesn’t want to see this film after that still was released,” Tuttle said.

Embracing television as well as cinema, the festival is also screening the first two episodes of the third series of media-dynasty drama “Succession.”

Festival organizers are still unsure how the coronavirus pandemic will affect plans for red-carpet premieres and parties. Four-fifths of British adults are fully vaccinated, and there are few restrictions on social life. But infections remain high, and are expected to climb further now that children are back at school.

Tuttle says a few films in the lineup deal explicitly with the pandemic, including Matthew Heineman’s documentary “The First Wave” and “7 Days,” a coronavirus romcom about a couple locked down together after a disastrous first date.

“We were wary of going too heavily into the pandemic,” Tuttle said. “We’ve just chosen films that charmed us or felt too urgent not to include in the program.”