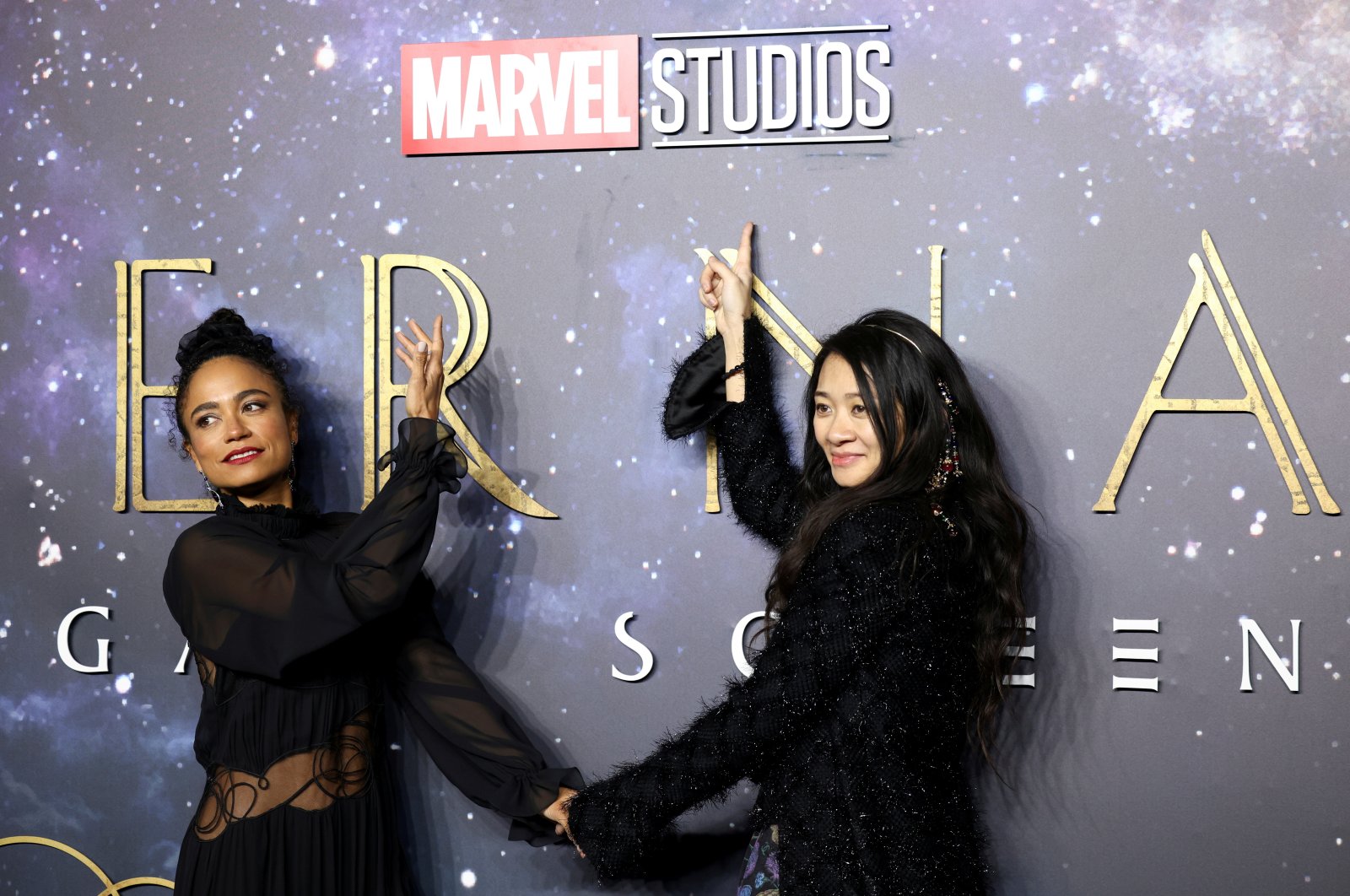 Disney and Marvel’s latest superhero entry in their massive cinematic universe, "Eternals," maintained its grip on the North American box office at the top in its second weekend in theaters despite a steep drop in ticket sales, hanging on to first place ahead of newcomers like family-friendly "Clifford the Big Red Dog."

"Eternals" added $27.5 million over the weekend, bringing its domestic total to $118.8 million, according to studio estimates Sunday. The film, directed by Oscar-winner Chloe Zhao and starring Angelina Jolie, Kumail Nanjiani and Gemma Chan, fell 61% from its debut.

Though not uncommon for a big superhero tentpole, it was significantly steeper than the 52% drop seen by the last Disney and Marvel offering, "Shang-Chi and the Legend of the Ten Rings."

Both played exclusively in theaters, but the main difference is that "Shang-Chi" simply got better ratings from audiences and critics. "Shang-Chi" also became available to stream on Disney+ this weekend. "Eternals" has made $281.4 million globally to date.

Second place went to "Clifford the Big Red Dog," which opened in theaters during the week and was also available to stream at home for Paramount+ subscribers. It made an estimated $16.4 million from 3,700 theaters over the weekend and $22 million across its five days in release.

Though critics were not impressed (it has a 48% on Rotten Tomatoes), audiences were more forgiving, giving it a promising "A" CinemaScore. And "Clifford" managed to do this in the face of uncertain moviegoing conditions for families.

"There’s been a lot of talk about family audiences and whether or not they want to go to the movie theater," said Paul Dergarabedian, Comscore’s senior media analyst. "I think this is a really solid debut. It shows there is a demand for family films on the small screen and the big screen."

Blockbusters rounded out the top five with "Dune" in third place with $5.5 million, "No Time to Die" in fourth with $4.6 million and "Venom: Let There Be Carnage" in fifth with $4 million. Notably, "Venom 2" this weekend became only the second pandemic-era film to cross the $200 million mark at the domestic box office. The other was "Shang-Chi."

More and more awards hopefuls are entering the specialty box office as well, and many are making their way into the top 10.

This weekend Kenneth Branagh’s semi-autobiographical film "Belfast" made $1.8 million from 580 screens in its debut. In its second weekend, "Spencer," featuring Kristen Stewart as Princess Diana, pulled in $1.5 million from 1,265 screens. And even in its fourth weekend, Wes Anderson’s "The French Dispatch" continues to do well, adding $1.8 million and bringing its total to $11.6 million.

Outside the top 10, the Julia Child documentary "Julia" opened on five screens to $20,796.

"These films are in fewer theaters, but there is a demand for independent film which is one of the categories that everyone thought would be really hurt by the pandemic," said Dergarabedian. "We’re really seeing signs of a much more normalized marketplace."

Next weekend, "Ghostbusters: Afterlife" faces off against the Will Smith awards hopeful "King Richard."