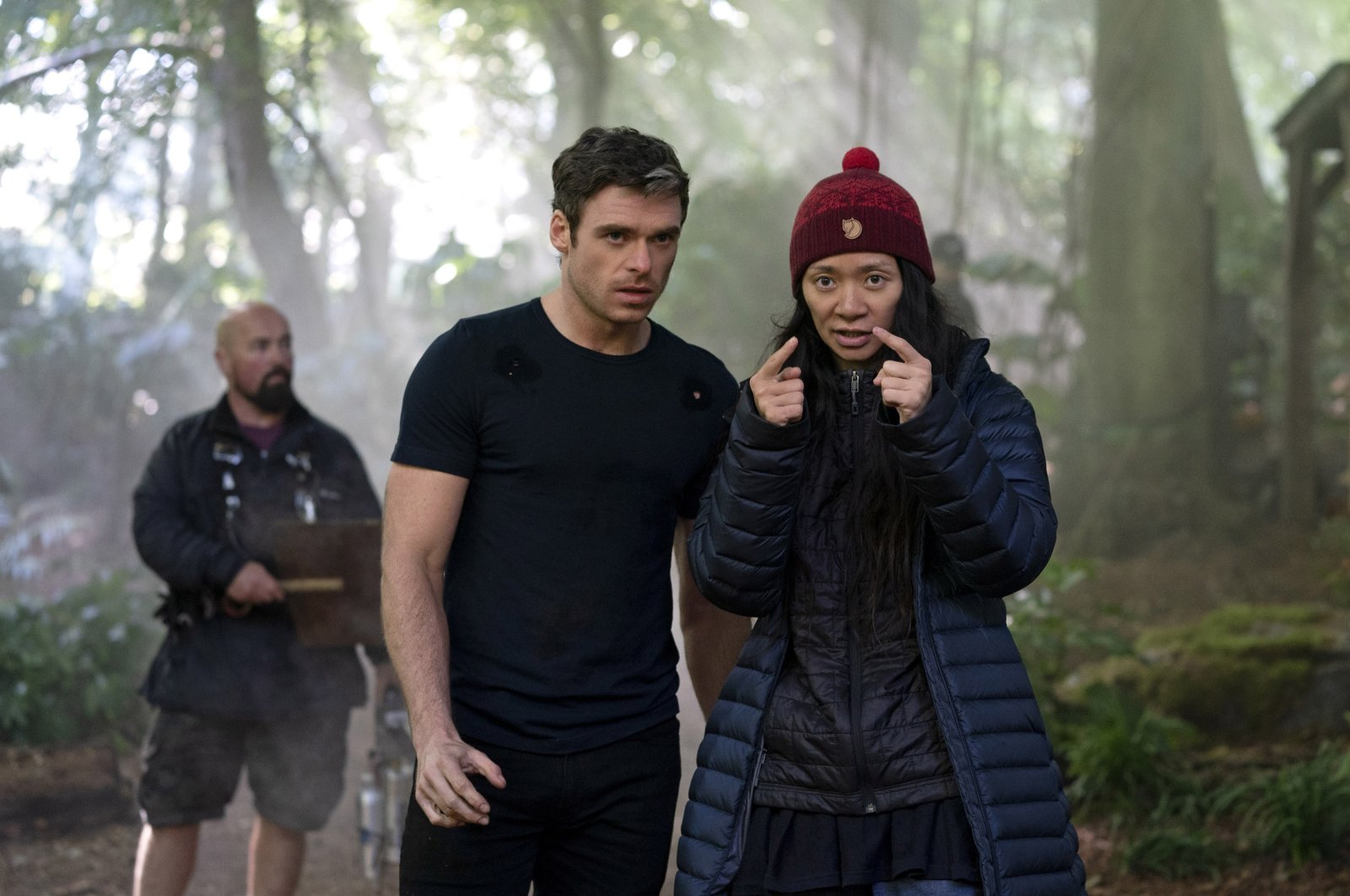 Marvel's new superhero film "Eternals," one of the most ambitious entries to the studio's cinematic universe, soared to the top of the North American box office over the weekend as it reeled in $71 million in ticket sales, according to studio estimates, falling just short of its expected haul with iffy reviews.

By most studios' box-office standards, the opening was enviable. Only three other films have debuted better during the pandemic: "Black Widow" ($80.3 million), "Shang-Chi and the Legend of the Ten Rings" ($75.3 million) and "Venom: Let There Be Carnage" ($90 million).

But for Marvel's well-oiled blockbuster machine, the "Eternals" launch in some ways constituted a bump in the road in an unparalleled 26-film streak.

Going into the weekend, forecasts had been only slightly higher at about $75 million domestically. More concerning for the Walt Disney Co. was the mixed audience response to Chloe Zhao's 157-minute movie about an immortal race of superheroes.

The film is the first in the Marvel "cinematic universe" to rank "rotten" in Rotten Tomatoes' aggregate critic score, with only 47% of reviews considered positive. Audiences also gave it a lower grade – a "B" CinemaScore – than any previous MCU entry.

But from the start, "Eternals" was a less charted direction for Marvel. By enlisting Zhao, whose "Nomadland" earlier this year won best picture and best director at the Academy Awards, the comic-book factory tapped a lauded filmmaker more associated with arthouse realism than computer-generated spectacle.

The story, too, introduces a lesser-known alien class of superheroes, whose existence spans all of human history. With a teeming, diverse cast including Gemma Chan, Richard Madden, Angelina Jolie and Kumail Nanjiani, "Eternals" dared numerous introductions – including the MCU's first deaf superhero in Lauren Ridloff.

David A. Gross, who runs the movie consultancy Franchise Entertainment Research, estimates the negative reception to "Eternals” cost it a modest 10% in box office. He still sees superhero films as driving the recovery of theaters. Marvel movies account for the the top four openings of the pandemic.

"'Eternals' is by no means a problem," Gross said in an email. "The film isn’t connecting the way every other Marvel film has, but the box office performance is solid and it maintains October’s level of business."

"Eternals," which cost about $200 million to produce, opened strongly overseas, grossing $90.7 million in 46 international territories. The film, however, didn't open in China and isn't expected to be granted a release in the future despite being directed by a China-born filmmaker.

The previous Marvel release, "Shang-Chi and the Legend of the Ten Rings," the studio's first Asian superhero movie, also hasn't received permission to open in China.

The reasons for the refusal aren't clear, but China heavily censors the films it clears for release. United States-China relations have grown more tense in recent years. It's also been widely noted that Zhao said in a 2013 interview that China is "where there are lies everywhere."

In April, her Oscar wins went unreported by China state-run media outlets and mentions of them were scrubbed from the internet in China.

The weekend's other major new release was "Spencer," starring Kristen Stewart as Princess Diana. The acclaimed drama, which is expected to land Stewart her first Oscar nomination, launched in 996 locations and grossed $2.1 million for Neon.

The rest of the weekend's top draws were holdovers.

In its third weekend of release, Denis Villeneuve's sci-fi epic "Dune" took in $7.6 million for a cumulative total of $83.9 million. Warner Bros., which has announced a sequel to "Dune," released the film simultaneously on HBO Max.

MGM and United Artists Releasing's James Bond entry "No Time to Die" grossed $6.1 million in its fifth weekend of release, bringing its domestic haul to $143.2 million.

After 31 days exclusively in theaters – much shorter than the three months most Bond films have had on the big screen before being available in the home – "No Time To Die" will be released on video-on-demand Tuesday for $20 rentals.