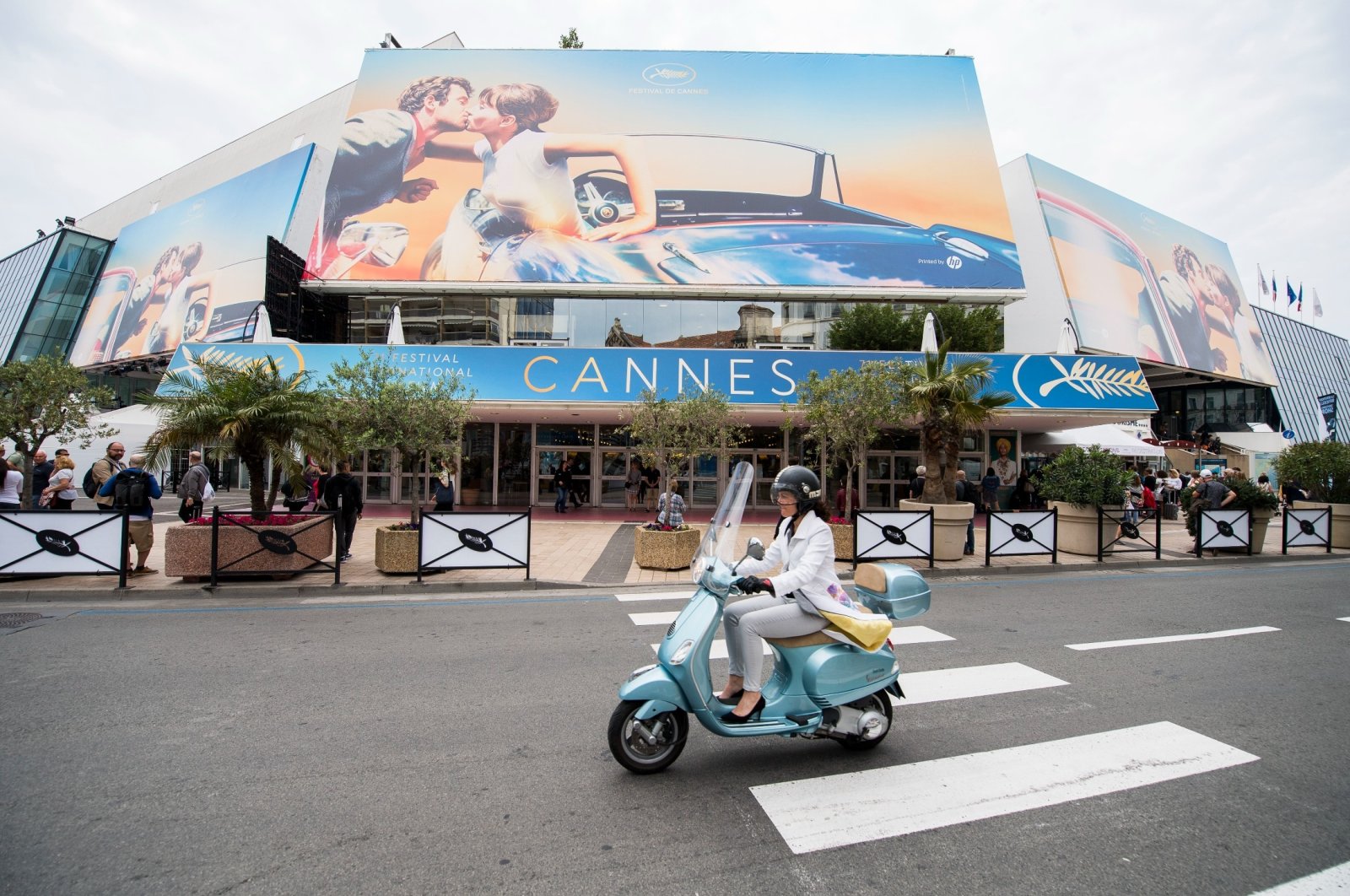 The glitz and glamour of past festivals hang in memories as the art world itches to once again experience the excitement of the red carpet at the Palais des Festivals, the central hub of the Cannes Film Festival, a hallmark of every year's cinematic calendar until the pandemic.

To enter the sacred site, you must ascend red-carpeted steps.

But in the past 16 months, Cannes' Palais hasn't been home to the movie frenzy it hosts annually. Last year's festival was postponed, then canceled. The Palais, instead, was lined with hospital beds in the early months of the pandemic. Earlier this year, it was turned into a mass-vaccination "Vaccinodrome."

On Tuesday, the Cannes Film Festival, delayed from May to July, will finally open its doors for its 74th and maybe most critical edition. Its famed red carpet will again flood with stars. The screens will be relit. And, maybe, the movies will rekindle some of the romance and grandeur that went dormant this past pandemic year.

"It's a kind of pilgrimage or Mecca, and even more so this year," says Mark Cousins, the Scotland-based filmmaker whose "The Story of Film: a New Generation" will premiere opening day on the Cannes beach. In the Palais, Leos Carax, a director whose freewheeling fictions reflect real movie dreams, will debut his anticipated "Annette," a musical with Adam Driver and Marion Cotillard.

The annual pressure of mounting Cannes, arguably the world's most celebrated film festival and a global standard-bearer for the big screen, is always massive. Its fluctuations are keenly watched as a barometer to the artform. The last Cannes, a good one, launched Bong Joon Ho's "Parasite," the Cannes' Palme d'Or winner before it took best picture at the Oscars.

But this year, after much of the movie world went into hibernation, Cannes' greatest duty may be jolting moviegoing awake. Announcing the lineup last month, Cannes artistic director Thierry Frémaux declared: "Cinema is not dead."

"When Thierry Frémaux called me after he had seen the film, he said: 'We've been asleep and we want to wake up and pick up where we left off,'" says Cousins, who will also premiere a documentary on the British film producer (and Cannes regular) Jeremy Thomas. "I just can't wait for the overload, the deluge, the exhaustion of Cannes."

Cannes will be the first major film festival to attempt an essentially full edition. There will be no virtual component. No empty seats between (masked) festivalgoers. Attendees are required to be vaccinated or tested for COVID-19 every 48 hours. Ready or not, the throngs will be back on the Croisette, the French Riviera city's main drag.

But at a festival that prides itself on rigid, clockwork rhythm, much will be different. Many from abroad won't be able to attend due to travel restrictions. There will be less of the large film industry contingent that normally descends for a week of frantic deal-making on yachts and hotel terraces. (To mitigate crowds, the Cannes movie market was instead held in June.) Stunts, like when Sacha Baron Cohen rode a camel down the Croisette, may be in short supply.

On the red carpet, some age-old traditions have been axed for safety, too. Fremaux typically meets all filmmakers and casts on the top of the Palais steps with the standard European greeting of pecks on each cheek. But under COVID, it will be a Cannes sans kisses.

France has eased most restrictions in recent weeks as cases have fallen and vaccinations have surged. Like most countries, it's also confronting the rise of the delta variant. With more than 111,000 COVID-19 deaths, France has the ninth-highest recorded death toll in the world.

Many of the filmmakers coming to Cannes have experienced the worst of the pandemic. Mia Hanson-Løve, the celebrated French director, lost her father to COVID. But coming to the festival to premiere her "Bergman Island" (starring Vicky Krieps, Tim Roth and Mia Wasikowska) doesn't worry her.

"I've experienced the reality of this on a very brutal and interior way," says Hanson-Løve, speaking from Paris where she's shooting her next film. "It doesn't mean I'm not unaware or unconscious. I'm still in grief. I don't want my answer to seem light, like someone who doesn't care. What I mean is: I'm not afraid. Maybe because I've looked at death in the eye."

"I cannot live in fear for so long," she adds. "I can still be sad. But I cannot be afraid anymore."

This year's lineup includes many of the most acclaimed filmmakers in the world – many of whom are Cannes regulars. Among them: Wes Anderson ("The French Dispatch"), Asghar Farhadi ("A Hero"), Paul Verhoeven ("Benedetta"), Jacques Audiard ("Paris, 13th District"), Bruno Dumont ("Par un Demi Clair Matin") and Sean Penn ("Flag Day"). Some of the movies, like Anderson's, were official selections last year for a festival that never happened.

Twenty-four films will vie for the Palme d'Or, to be decided by a jury headed by Spike Lee, the first Black person to ever hold that position. Lee's face also graces this year's poster for the festival.

One thing you won't see in Cannes: any Netflix movies. The festival, which requires films in competition to have a French theatrical release, and streamer are still at odds. And while female filmmakers will be prominent at the festival, Cannes has often been criticized for its record on gender equality. This year's competition slate includes four films directed by women, tying a high for Cannes but shy of the parity other major festivals aim for.

But there will be a wide spectrum of films at Cannes including Tom McCarthy's "Stillwater," with Matt Damon; Todd Haynes' documentary "The Velvet Underground"; Oliver Stone's "JFK: Through the Looking Glass"; Joanna Hogg's "The Souvenir Part II" and Kogonada's "After Yang."

Some of the entries were shot back in 2019, others were products of the pandemic. Sean Baker will premiere in competition his much-awaited follow-up to the Oscar-nominated 2017 film "The Florida Project." He spent two years on a project that was about to shoot in Vancouver when the virus ruined that chance.

The shoot was difficult. False positives nearly shut them down. But Baker believes "the crazy energy of the moment and the anxiousness" was caught on film. He spoke from Los Angeles while hurrying to finish the film's mix in time for Cannes, still agog that he's in competition with "some of the most renown filmmakers that have ever walked the earth" – like Verhoeven and Dumont, directors whose work influenced "Red Rocket."

"I honestly feel like the eighth-grader who snuck into the senior prom," says Baker.

Like most of the directors at Cannes, Baker believes fully, without equivocation, in the feature film and the big screen. He shoots on film. He posts pictures of his ticket stubs on Twitter – including many invigorating trips since theaters reopened.

"The first thing I thought about was that cliche: You don't know what you got until it's gone."