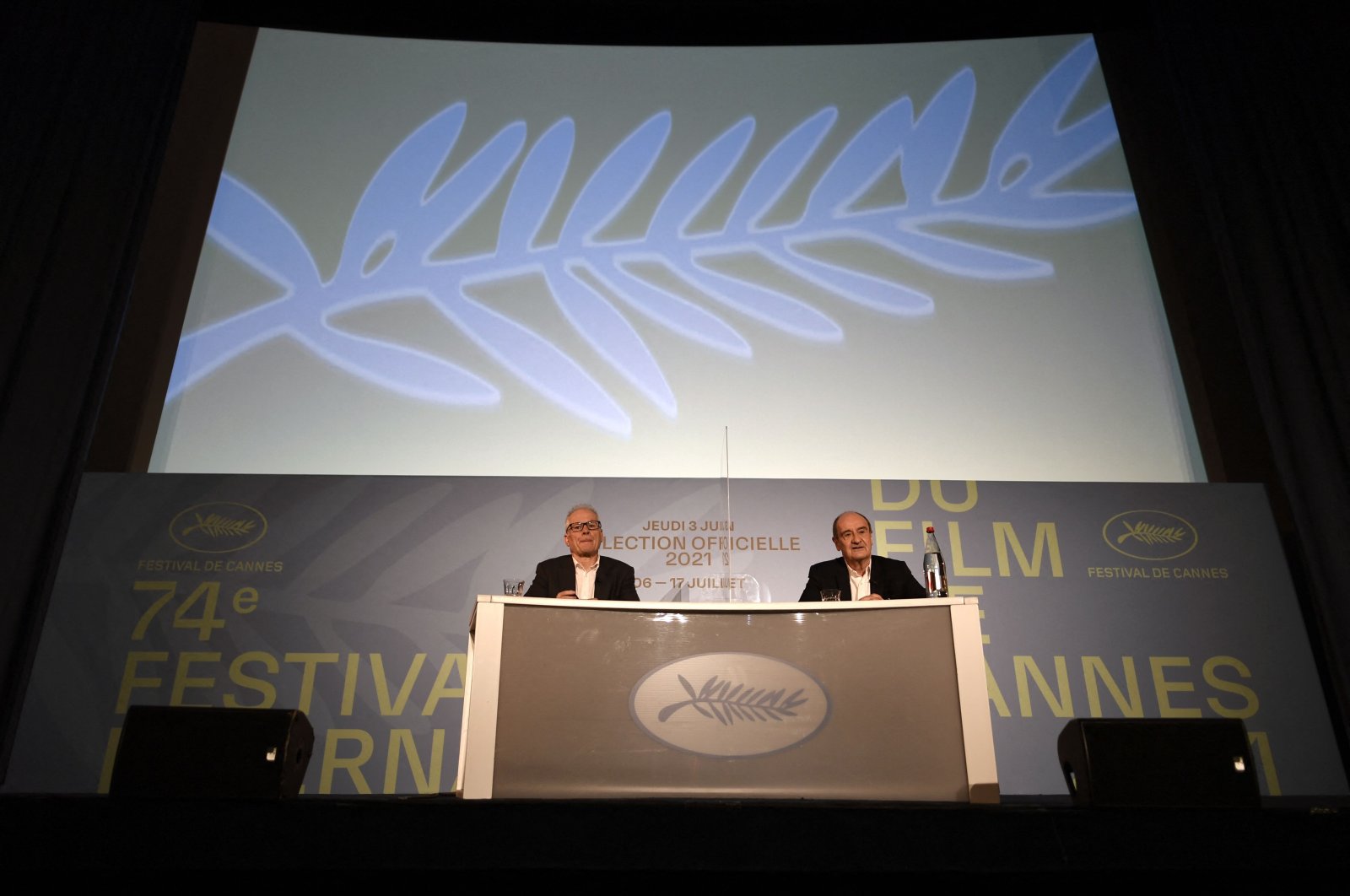 The Cannes Film Festival on Thursday announced its rich official selection of films from a slew of past Palme d'Or winners to arthouse favorites for its July return, some of which were originally scheduled to premiere at last year's canceled event but have been added to the treasure trove of films that had to endlessly delay their screenings, meaning a fierce competition is now afoot for the prestigious prize.

Among the 24 directors whose films are heading to the Cote d'Azur between July 6 and 17, are Sean Penn for his new film "Flag Day," Italy's Nanni Moretti (2001 winner ) with "Tre Piani" and France's Jacques Audiard (2015 winner) with "Les Oympiades."

One silver lining from all the disruption of the past year has been a backlog of cinematic gold that gave organizers some 2,000 films to wade through as they made their selection for the 74th edition of the world's leading film shindig.

Another past Palme winner returning to the Croisette is Thailand's Apichatpong Weerasethakul with his first English-language film "Memoria," starring Tilda Swinton.

Iran's two-time Oscar winner Asghar Farhadi will also return with "A Hero," while Russia's renowned director Kirill Serebrennikov – who has lately faced significant pressure from authorities – will be in competition with "Petrov's Flu."

They will face a jury headed by U.S. director Spike Lee, who was set to preside in 2020 before the festival was canceled by the pandemic.

The opening film "Annette" is the first in a decade from French arthouse darling Carax, and his first in English, starring Adam Driver and Marion Cotillard as a celebrity couple awaiting a mysterious child.

Verhoeven, meanwhile, promises a touch of scandal on the Croisette with his entry, "Benedetta", about a lesbian nun in a 17th-century Italian convent, solid ground for the Dutch filmmaker who has often married art and salaciousness with movies like "Basic Instinct", "Showgirls" and "Elle".

It has been a particularly long wait for Anderson, who was due to present his latest quirky bauble, "The French Dispatch," at last year's festival.

Filmed in Angouleme in southwest France, it was clearly worth waiting for a proper Gallic launch and could bring a multitude of stars to the red carpet, with Anderson regulars such as Bill Murray and Adrien Brody joined by new additions including Timothee Chalamet, Benicio Del Toro and France's own Lea Seydoux.

Also appearing during the fortnight are some special screenings, outside of the main competition.

They include a documentary about the troubled U.S. film star Val Kilmer ("Val") and a new film about 1960s rock stars "The Velvet Underground" by Todd Haynes.

Oliver Stone will present an update to his 1990s classic film about the Kennedy assassination, having reportedly got hold of some new documents, titled "JFK Revisited: Through the Looking Glass."

The organizers have also teased the possibility of a major blockbuster appearing during the fortnight, though confirmed that it will not be the much-delayed new James Bond film, "No Time To Die."

Perhaps it could be "Eternals," a new entry in the Marvel superhero universe with arthouse credentials thanks to its director Chloe Zhao, fresh from her Oscar win for "Nomadland."

The press conference will also touch on the health measures that organizers promise will make the festival safe for the mass of film professionals and press, some 18,000 have already applied for accreditation, organizers say.

That is far below the usual attendance because the normally packed movie marketplace is being held separately and online this year.

France's COVID-19 statistics are also currently headed in a reassuring direction, and it is due to lift remaining restrictions in time for the event, but organizers say visitors will need proof of vaccination or negative tests every two days during the event.

Meanwhile, American actor-director Jodie Foster will be guest of honor at the festival where she will be given an honorary Palme d'Or, the organizers said Wednesday.

"Cannes is a festival to which I owe so much, it has completely changed my life," said Foster in the statement.

The two-time Oscar winner first walked the red carpet on the Cote d'Azur aged just 13 when she appeared in the Palme-winning "Taxi Driver" in 1976.

Seven of her films have played at the festival, including two that she directed: "The Beaver" in 2011 and "Money Monster" in 2016.

"Although I had directed before, my first time on the Croisette was a defining moment for me," she said.

"Showcasing one of my films here has always been a dream ... Cannes is a festival by auteur filmmakers who honor artists."

Festival president Pierre Lescure said: "Her aura is unparalleled: she embodies modernity, the radiant intelligence of independence and the need for freedom."

Past winners of the honorary Palme include Bernardo Bertolucci, Jean-Paul Belmondo, Agnes Varda and Jane Fonda.

"I am flattered that Cannes thought of me and I am very honored to be able to share a few words of wisdom or tell an adventure or two with a new generation of filmmakers," she said in the statement.

Foster, a French-speaker and Francophile, has appeared in several films in the birthplace of cinema, including Claude Chabrol's "Le sang des autres" ("The Blood of Others") in 1984 and Jean-Pierre Jeunet's 2004 film "Un long dimanche de fiancailles" ("A Very Long Engagement").

She is best known internationally for her Oscar-winning turn as Clarice Starling in 1991's "Silence of the Lambs."