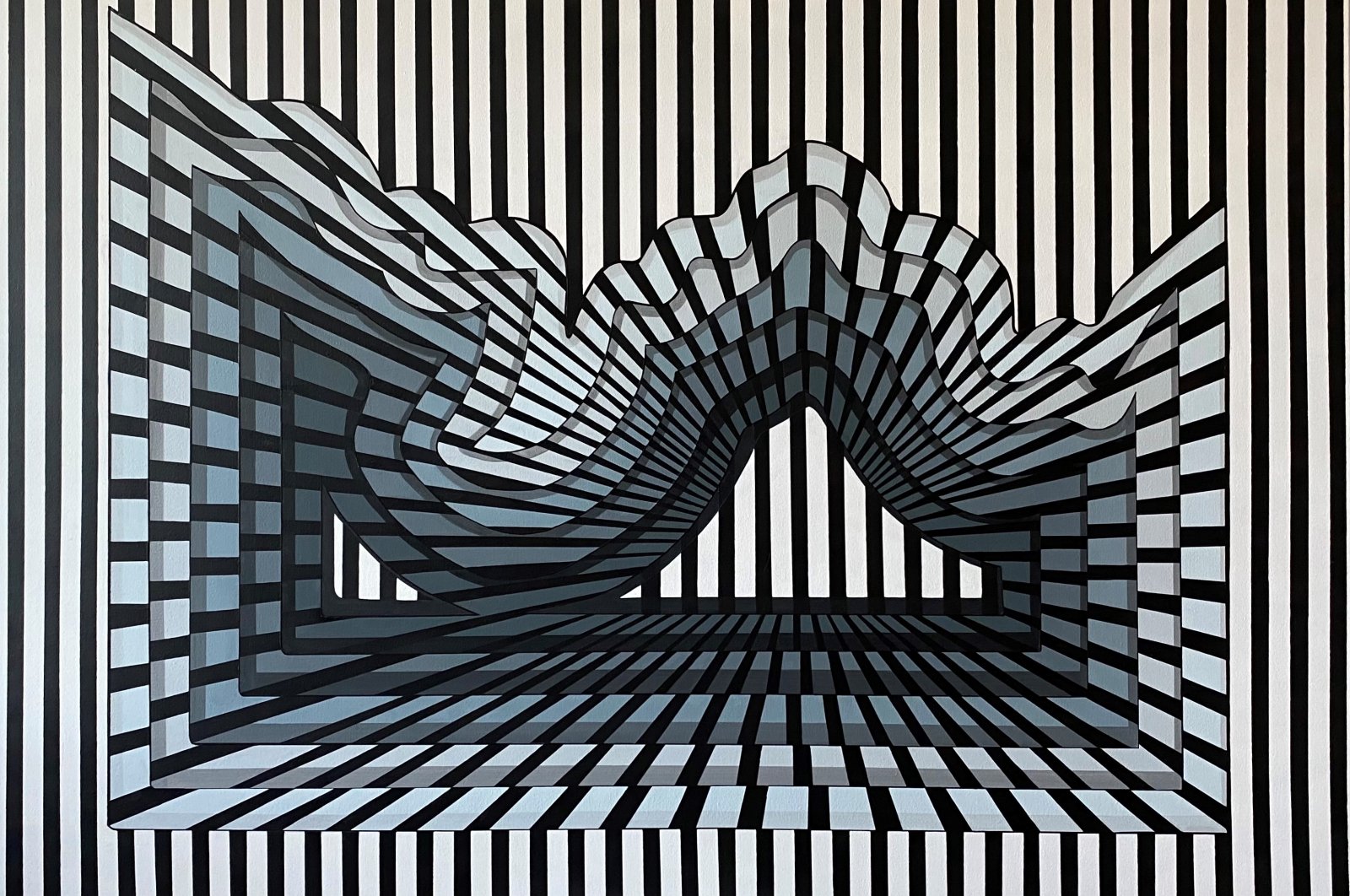 Akaretler, offering a unique experience to Istanbulites with its gourmet restaurants and meeting points, is featuring an artistic feast in its central location in the heart of Istanbul now

Akaretler, a cultural and art center of Istanbul with its iconic historical structure, is celebrating the return of city life and the new art season after the coronavirus with the fifth edition of Artweeks@Akaretler.

Welcoming visitors of all ages and interests with its dynamic and unique aspect, the event kicked off on Sept. 8. It will run until Sept. 19 in the neighborhood’s row houses called Akaretler in buildings numbered A11, A19, A25-27, A35, A37-39, A55 and F2.

Artweeks@Akaretler, organized by Bilgili Holding in collaboration with the director of Merkür gallery, Sabiha Kurtulmuş, invites enthusiasts to discover the works of 15 international contemporary art galleries from different disciplines and the selection of collectors.

Speaking to Daily Sabah, Kurtulmuş said that Artweeks@Akaretler, whose first edition was held in 2019, is held two times a year. Noting that they organized the fourth edition of the event in October last year, she continued: “After a long break, we are meeting art lovers with our 5th edition as the first event of the season. Artweeks@Akaretler has been bringing together diverse dynamics of art in an organic way with an approach different from a fair. The historical texture of Akaretler’s row houses and the fact that they can be visited one after another offer a pleasant experience to the audience.”

According to the organizer, each building of the event hosts over 1,000 enthusiasts daily, which shows Istanbulite art lovers are open to and curious about events that offer different experiences.

Kurtulmuş is also the founder of Merkür Gallery, which is among the participants of Artweeks@Akaretler. The gallery showcases exclusive artworks of its artists in building A37-39 together with other famed platforms Pi Artworks, PILEVNELI, Ferda Art Platform and Mixer.

Contemporary artist Zeynep Çilek Çimen, who is well-known for her op-art works with detailed abstract motifs, is featured regularly at the Merkür Gallery. The artist is participating in the fifth edition of Artweeks@Akaretler with her piece "Başlık" ("Title"). In this painting, Çimen examines the nomadism of the motifs and the interventions of the subject on the body and space while she repeatedly abstracts the form with the op-art technique.

Reflecting on Martin Heidegger’s philosophy that can basically be explained as “being is time,” the artist puts the form through change and movement in her artwork. She tries to show that every role and intervention changes the subject and puts it in motion. She also places the resistance against these interventions with simple and clean lines in her canvas.

But what else is waiting for art lovers in Artweeks@Akaretler? Let’s take a quick look at the event.

Contemporary artist Şerife Bilgili Ercantürk will attend the event with her third solo exhibition titled “My Red Line.” Taking its name from the social media campaign launched by the 26-year-old journalist Farahnaz Forotan to show the rights and freedoms of Afghan women through videos, the exhibition at the building numbered A55 comprises of 10 monochromic paintings, curated by Begüm Güney.

In the collection created with multilayered applications, horizontal and square productions that the artist worked with for the first time come to the fore. In addition to its technical details, the exhibition also carries a deep meaning with its emotional undertones. One of the interesting parts of the exhibition is the burgundy-colored burqa hanging from the ceiling. The burqa, a garment frequently worn by Afghan women, hangs in the area in a special way and draws attention by creating a strong ambiance with music playing in the background. It describes the injustices, discriminations and persecutions suffered by Afghan women.

Through her work, Ercantürk conveys the intense discomfort she has been feeling for the last three weeks due to the persecution of Afghan women. The white areas in her paintings represent justice and women's rights. The other tones used in the paintings are primary colors. Fundamental rights are emphasized with these basic colors. The square and faint transitions in the works give a feeling of looking through the two small holes in the burqa for eyes.

Another work that instantly grabbed my attention was Azerbaijani artist Farid Rasulov’s digital print “Deer in the guest room.” The 2014 artwork of the artist of SANATORIUM Gallery covers the space of a guest room with traditional Azerbaijani carpers from floor to ceiling and places a completely white deer in the middle of the room.

This work is actually a piece from the artist’s "Carpet Interiors" series. In this body of work, the artist uses decoration and ornamentation to question the Western notion of the "white cube," referring to a certain gallery aesthetic characterized by its square or oblong shape, white walls and a light source usually from the ceiling. SANATORIUM explains the series: “In the artist’s work, the role of the modern decorative object set against the traditionally patterned carpet is not functional but conceptual: a juxtaposition between Eastern and Western culture.”

Within the scope of the event, the “Rasat” exhibition, consisting of works from Yıldız Holding's Art Collection, was presented to art lovers at the building numbered 19. While Yıldız Holding participate in the event for the first time this year, 51 outstanding works from its art collection are presented to visitors under the curatorship of Sinan Eren Erk.

“Ev Kuşu” (“Home Bird”) by Eyüboğlu captures attention with its adorable bird patterns decorated with hues of blue on the second floor while Ceylan’s photo of Ishak Pasha Palace reveals the glory of the structure among the snowy hills of eastern Ağrı province.

Dino’s drawing depicting pehlivans – traditional Anatolian wrestlers – is hung on the wall as a sign of the artist’s versatility. Zeid’s two paintings, placed side by side, offer a preview of the artist's best-known works – large-scale abstract paintings with kaleidoscopic patterns.