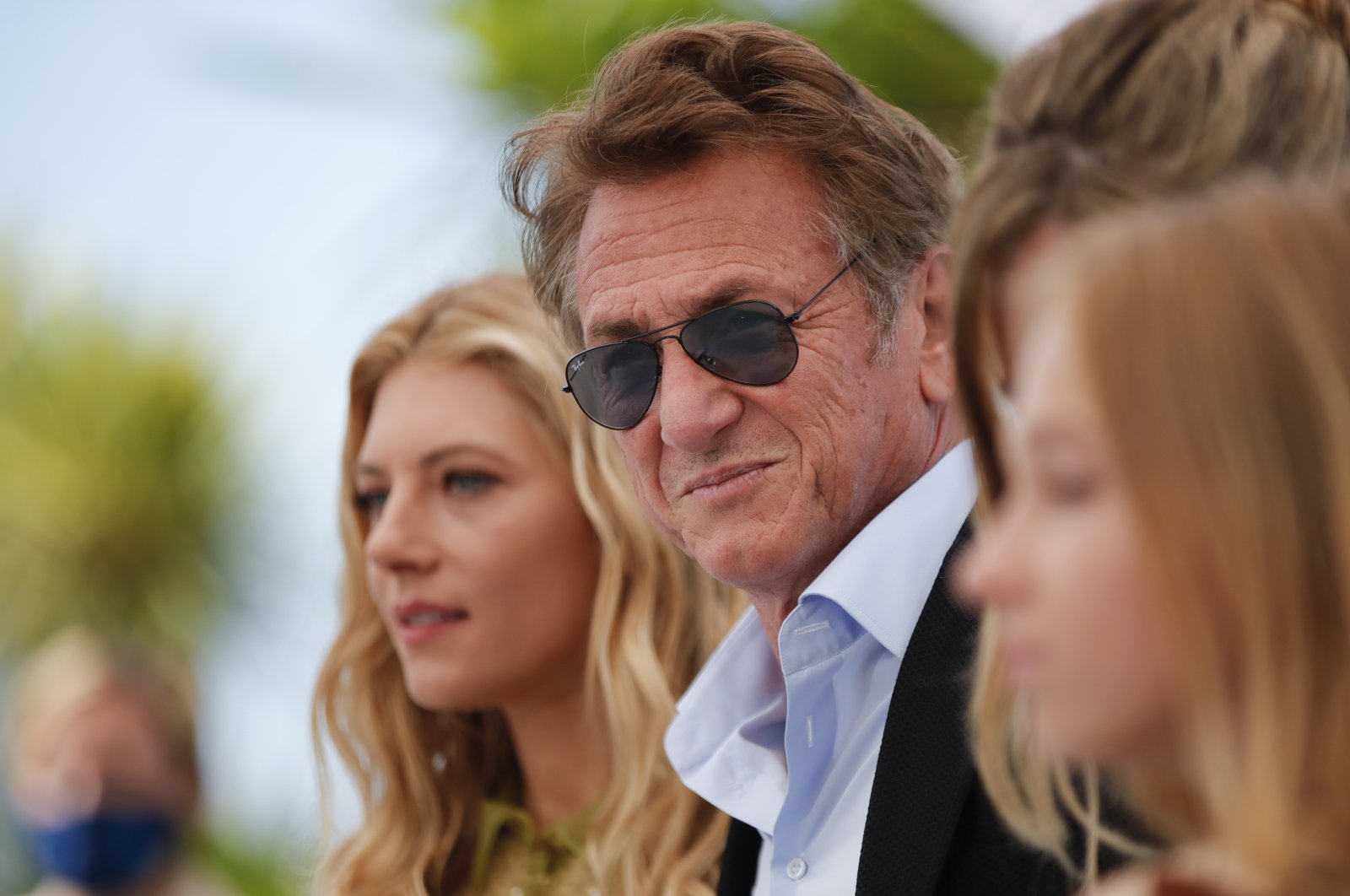 It was a day to remember at the resurgent Cannes Film Festival Sunday as numerous characters debuted their works, and some newcomers shined at the world's most prestigious cinema event.

Sean Penn said on Sunday he nearly passed up the chance to act opposite his daughter Dylan for the first time in "Flag Day," his latest movie which is vying for awards at the Cannes Film Festival, until actor Matt Damon egged him on.

Oscar-winning Penn plays John Vogel, a real-life wheeler-dealer who lurched from one failed business venture to another, causing heartbreak for daughter Jennifer, who reveres him.

Based on a book by journalist Jennifer Vogel, Penn told a news conference in Cannes that he had an image of daughter Dylan when reading the script, but took some convincing to step into Jennifer's father's shoes, when he was already down to direct.

Vogel was a notorious petty criminal who ended up involved in counterfeiting, although "Flag Day" is more interested in how he dupes those he loves and lies to himself.

The "Into The Wild" director's latest effort behind the camera has so far earned him mixed reviews, with critics at Screendaily pointing to holes in the way the characters are presented, including Jennifer's transition from an angst-ridden teenager to a budding journalist.

Most reviewers praised the acting duo at its center, however, including Dylan's performance, and Sean Penn as the exuberant, fun-loving father who tries to keep up his great illusion as his American dream goes awry.

The film is competing against entries from other big name directors such as Wes Anderson, in the festival's return to the French Riviera after it was canceled in 2020 due to COVID-19.

"I went into this project looking at it as this is my job, ... this is my boss," Dylan Penn said, adding that their relationship was very different in real life to that of John and Jennifer Vogel. "We're both alpha, that can sometimes clash, but think it worked out in the end."

Meanwhile, Japanese director Ryusuke Hamaguchi unveiled his awards contender at the Cannes Film Festival on Sunday, a tale of heartbreak and regrets which emerges in almost road movie-style over the course of several car journeys.

"Drive My Car" was adapted from a short story by Haruki Murakami. Hamaguchi, who has notched up distinctions on the film circuit including in Berlin, said he was drawn by the potential of the enclosed space enveloping the characters.

"What I found fascinating was how the intimacy is brought into the car through the long conversations between the characters," Hamaguchi told Reuters in Cannes shortly before the film's red carpet premiere.

"Drive My Car" centers on a theater actor and director played by Hidetoshi Nishijima, who is forced to confront the demons beneath the seemingly perfect surface of his marriage after it is rocked by infidelity and his wife dies.

Two years later, and still struggling to overcome his loss, he travels to Hiroshima to produce a multilingual version of "Uncle Vanya" and is assigned a driver, Misaki (Miura Toko), and the two start conversing about their journeys.

Hamaguchi said he enjoyed working with a multilingual cast which included Korean actress Park Yoo-rim, who plays the part of a mute actress delivering her lines in sign language.

"I found the fact that none of the actors would be able to understand each other interesting because it forces them to observe each other more closely and react in a different way," Hamaguchi said.

The Japanese film earned early praise from critics, in particular for its lead actors.

Among those familiar faces at the festival was Catherine Deneuve, who has walked the red carpet at Cannes since the 1960s. Deneuve said on Sunday she had never been as moved as this year to return to the film festival after the coronavirus pandemic and her stroke in 2019.

The 77-year-old is a pillar of French cinema and still appears in multiple movies.

Wearing a black velvet dress and a chunky gold necklace, Deneuve returned to Cannes on Saturday for the premiere of "Peaceful" by French director Emmanuelle Bercot, which is being presented out of the main competition.

Deneuve and the crew received a standing ovation, visibly moving the actress. She has appeared infrequently in public after the pandemic forced fashion shows to shift online and Cannes festival organizers to cancel the 2020 edition.

"It was absolutely extraordinary. Until the last minute, we were wondering if it could really take place," Deneuve told a press conference for the film.

"I've known Cannes for such a long time. Each time it's something very different. But I think maybe I was never as moved as I was yesterday evening, when I entered the theatre and seeing the way the public welcomed the film and myself."

Deneuve was hospitalized in November 2019 in Paris after suffering what her family said at the time was a "limited" stroke.

Asked about tackling "Peaceful," in which a young man is struck by illness and has to grapple with the prospect of dying along with his mother, played by Deneuve, the actress said the last year of pandemic and her own health scare had affected her.

"A lot of things happened to me during a time that has been quite remarkable," Deneuve said.