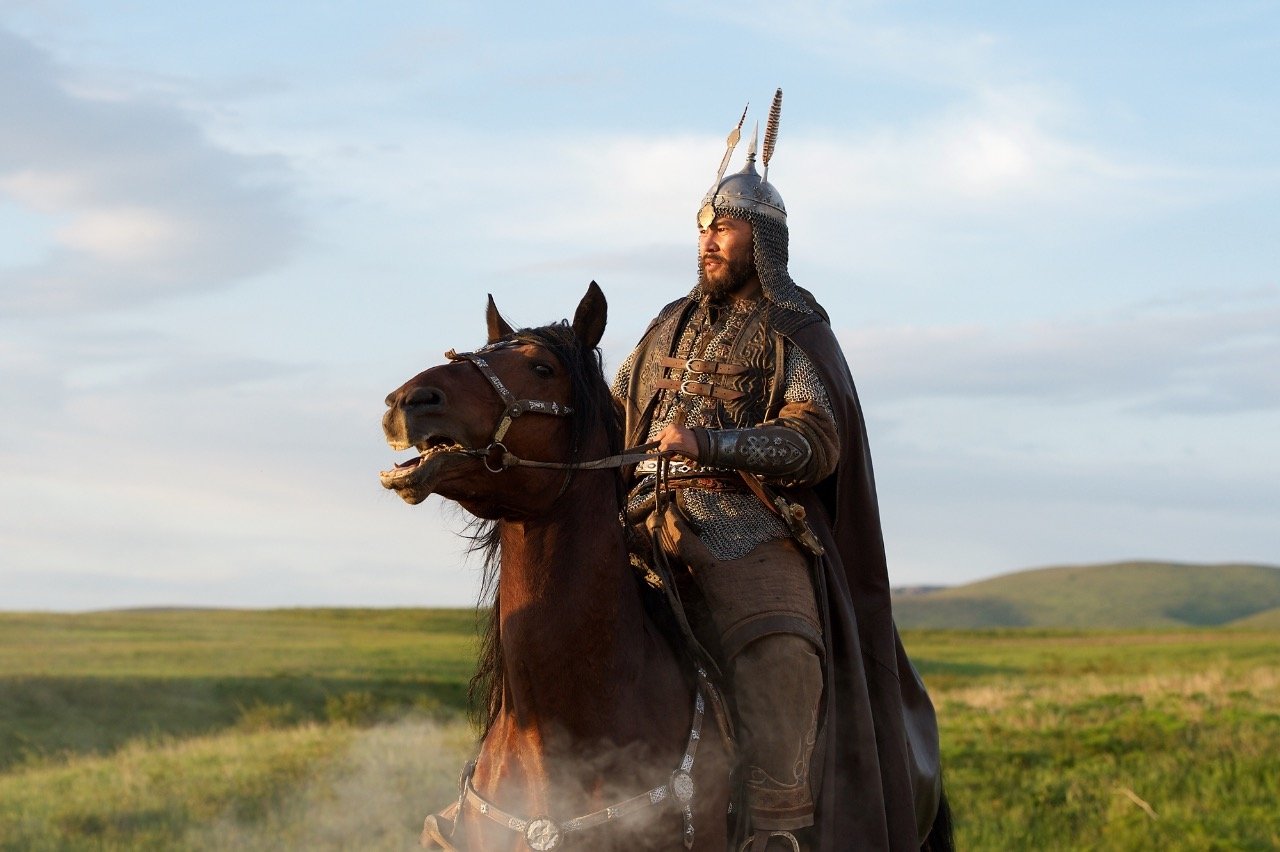 Attributed to the semi-legendary wise ancestor of the Turkic world, Korkut Ata, also known as Dede Korkut, a new international film festival presents the cultural and intellectual infrastructure of Turkic world cinema to younger generations as well as cinema professionals in Istanbul. Launched on Nov. 8, the Korkut Ata Turkic World Film Festival will present selected films from the vast Turkic world that exists as an independent state, an autonomous republic or a region where Turkic and its dialects are spoken, through contests, special screenings and panels until Nov. 12.

The Korkut Ata Turkic World Film Festival is organized by the Turkish Ministry of Culture and Tourism, in cooperation with the International Cinema Association, the Turkic Council, TÜRKSOY, TRT, Istanbul University, as well as many institutions and organizations. Speaking to Daily Sabah, Deputy Minister of Culture and Tourism Ahmet Misbah Demircan provided insight into the festival by providing details about the event.

Noting that the festival livens up an important art zone in the city, Demircan said: “As the Beyoğlu Cultural Road hosts different religions, languages and civilizations, it is a world stage. It is a summary and showcase of Istanbul. We, as the Ministry of Culture and Tourism, aim to revive such a significant area with our restorations and events with the Cultural Road Project. Taking advantage of the opening of the AKM, Galataport and Atlas Cinema, we also prepared a two-week festival in line with this project.”

Although cultural events will peak during the Beyoğlu Cultural Road Festival in this area, they will never stop and continue to jazz up the city and inspire Istanbulite enthusiasts after the event, according to Demircan.

The Ministry of Culture and Tourism strengthened the cinema aspect of the Beyoğlu Cultural Road Festival with the Korkut Ata Turkic World Film Festival.

The deputy minister added that after Turkic countries showed a strong interest in a film event that gathers the Turkic world under one roof, the Ministry of Culture and Tourism decided to organize the Korkut Ata Turkic World Film Festival.

Turkic ancestor Korkut Ata was glorified and sanctified in the ancient epics of the Oghuz Turks. Knowing the traditions and customs of life in the steppe very well, this ancestor is the narrator of the stories in the "Dede Korkut Epic," the oldest epic of the Turks. According to the Korkut Ata Turkic World Film Festival's website, his narratives, tales and stories have been a source of inspiration and have been the basis of movie plots both in Turkic and world cinematography to date. Accordingly, the festival is named after this great Turkic ancestor.

Guided with Ismail Gaspıralı’s words “unity in language, work, and opinion”, the Korkut Ata Turkic World Film Festival will touch the hearts of the audience with bright works. It will host more than 100 filmmakers and actors and screen 42 films from 13 countries at Atlas Cinema, Emek Cinema, the Tarık Zafer Tunaya Cultural Center and the cinema halls of Istanbul University's Faculty of Communication for free of charge.

Among the participating countries of the festival are Kazakhstan, Uzbekistan, Kyrgyzstan, Azerbaijan, Turkmenistan, Hungary, the Turkish Republic of Northern Cyprus (TRNC), the autonomous Republic of Sakha (Yakutia) and the Republic of Tatarstan from Russia, Moldova's autonomous Gagauzia region and Iraqi Turkmens.

Demircan said movies from the Turkic world will compete in the two main sections, the Feature Film Competition and the Documentary Film Competition, during the festival. Among the contenders of the Feature Film Competition are “Kazak Hanlığı: Altın Taht” (“Kazakh Khanate: The Golden Throne”) by Rüstem Abdrshov from Kazakhistan, “Esaret” (“Captivity”) by Rashid Malikov from Uzbekistan, “Dağınık Ölümler Arasında” (“In Between Dying”) by Hilal Baydarov from Azarbaijan, “Şambala” (“Shambhala”) by Artykpay Suyundukov from Kyrgyzstan, “Necef Oğlan” (“Nejep Oglan”) by Vefa Ishankuliyev from Turkmenistan, “Üstümde Güneş Hiç Batmıyor” (“The Sun Above Me Never Sets”) by Lyubov Borisova from the autonomous Republic of Sakha, “Son Rapor” (“Final Report”) by Istvan Szabo from Hungary and “Mavzer” (“Mauser”) by Fatih Özcan from Turkey.

In the Documentary Film Competition of the festival, “Kazanda Titreşen Ateş” (“Fire Flickering in a Vessel”) by Bakhyt Kairbekov from Kazakhstan, “Halkın Cesareti” (“Courage of the People”) by Ali Hamrayev from Uzbekistan, “Yusuf Abdurrahmanov” by Ernest Abdyjaparov from Kyrgyzstan, “Ikizler” (“Twins”) by Mehemmed Alimuradi from Iran, “Kayıpların Gölgesinde” (“In the Shade of the Missing”) by Muharrem Özdemir from TRNC, “Dilbilimci” (“Linguist”) by Eduard Novikov from the autonomous Republic of Sakha, “Bela Bartok’un Izinde” (“In the Track of Bela Bartok”) by Janos Domokos from Hungary, “Miras” (“Heritage”) by Zaur Kasımlı from Azarbaijan, and “Dede Korkut ve Avrupa’daki Orijinal Nüshalarına Yolculuk” (“Dede Korkut and the Voyage to the Original Manuscripts in Europe”) by Mesut Gengeç from Turkey will vie for the best award. The Korkut Ata Turkic World Film Festival will also screen many other successful movies in the Historical Panorama, Contemporary Human Landscape, Chingiz Aitmatov Adaptations, Turquoise Documentary Time and Animation sections.

As part of the festival, acquaintance and sectoral meetings will be held, and film sets will be visited. The 1st Cinema Summit of the Turkic World, which will bring together cinema institutions, producers, directors, screenwriters and actors from the Turkic world, will also be organized to open doors for joint productions. The possibility of establishing a joint cinema fund between Turkish-speaking countries will also be discussed at this summit. In addition, an event called the 80th Anniversary of Kyrgyz cinema hosted by the Republic of Kyrgyzstan and the Uzbek Cinema Day hosted by the Republic of Uzbekistan at the Istanbul Cinema Museum will be other prominent events within the festival. Academics and film industry professionals will come together at the Chingiz Aitmatov and Adaptations Panel in Cinema, which will be held in cooperation with Istanbul University, as well.

The second edition of the Korkut Ata Turkic World Film Festival is expected to be held in Turkey’s northwestern Bursa province, which has been named the 2022 cultural capital of the Turkic World. However, other editions may be held in other Turkic countries to expand the context of the event, according to Demircan.

The award ceremony on the last day of the festival will also gather many important figures from the Turkic cinema world at the AKM.