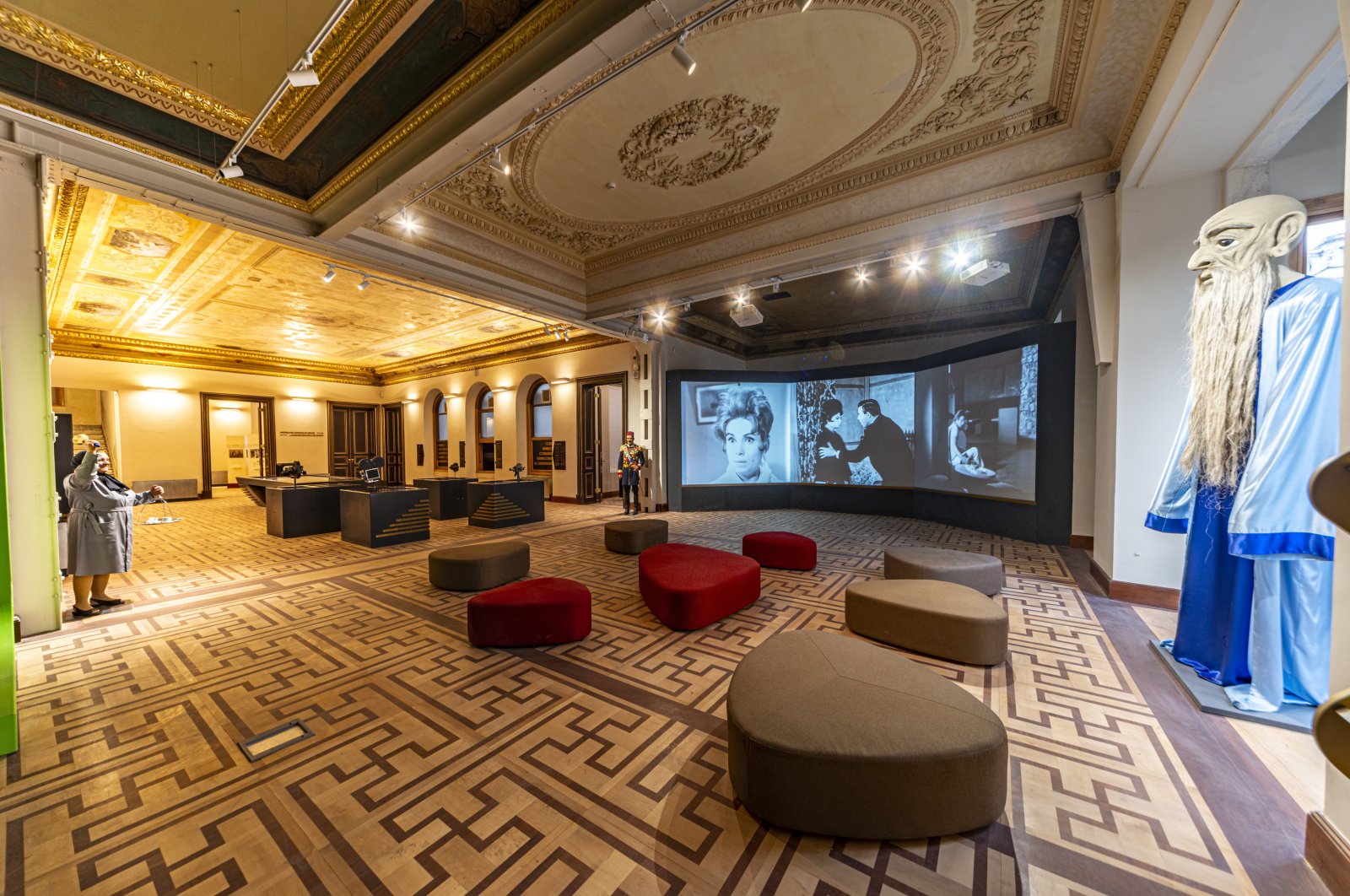 The art center on Istiklal Avenue takes its visitors on a colorful journey through the history of classical Turkish cinema, also known as Yeşilçam. The high-tech museum features fascinating objects and tools that bring the past to the present

The history of Turkish cinema is almost as old as the history of cinema itself. Although the first Turkish film is still being debated academically, cinema, which quickly entered the Ottoman Empire, bore its first fruits in the country at the beginning of the 20th century. According to the dominant opinion, "Yün Eğiren Kadınlar" (“Women Spinning Wool”), shot in 1905 by the Manaki Brothers (Yanaki and Milton) in Macedonia – which was Ottoman land at that time – was the first Ottoman film.

The first cinema screening in the Ottoman Empire, where technological developments in Europe were rapidly followed, was made long before by the Jewish origin Sigmund Weinberg, also known as the "Palace Filmmaker". When he did this screening, the date was 1895, which was only a year after Europe.

Turkish cinema, which started to rise with the transition to democratic life in 1950, broke production records in the 1960s. In terms of production, Turkish cinema even surpassed Hollywood in those times. This colorful period, which continued strongly until 1975, was called "Yeşilçam." However, the Yeşilçam era of Turkish cinema faded as it was captured by pornography in the 1980s. It nearly died in the 1990s when there was a great production shortage. In the 2000s, the movement of returning to Anatolia and its rural regions in productions meant a new era and artistic momentum in Turkish cinema. Figures like Nuri Bilge Ceylan made Turkish cinema known in the West during this period. In addition to the films with high artistic sensitivity, which received awards from Europe, production of local romantic comedies also increased.

As it has been briefly summarized, interesting memories and plenty of objects are hidden behind the cinema tradition in Turkey along with hundreds of films. If you want to see them and understand the story of Yeşilçam, there is a place for you: Istanbul Cinema Museum.

From mansion to art center

Located on Istanbul's most famous street Istiklal Avenue, the museum was first a mansion. After the disaster known as the "Great Fire of Pera" in 1870 turned the Beyoğlu district to ashes, stone buildings were preferred. Agop Köçeyan, one of the great Armenian bankers of that time, had a mansion built on the street in the same year. The famous murals of the mansion were painted by French painter Hippolyte-Dominique Berteaux. Köçeyan, who had resided here for years, donated his mansion to the Taksim Vosgeperan Armenian Church just before his death. But the ownership of the building changed over time and it became an art and entertainment center. The building started to host one of the most prestigious cinemas in Istanbul in 1948 and has since become one of the legendary cinemas of the city under the name of Atlas. The Atlas Cinema was restored by the initiatives of the Turkish Ministry of Culture and Tourism and the Istanbul Cinema Museum opened its doors in the same building recently.

Inside this historical building, which you reach by stepping off crowded Istiklal Avenue, you encounter a cinema museum similar to those in Europe and equipped with technological facilities. In the museum, which is open to visitors on three floors, you can produce a tiny movie yourself on the first floor and experience movies shot in Istanbul using VR technology and trace the places where movies have been screened in Istanbul since 1897 with an application. In a section here, you can also make fun phone calls with stars from Turkish cinema! The application named “Memory Pool of Turkish Cinema” provides an interactive way to see the figures who have worked in 8,406 films.

As you climb the stairs of the museum, you go back in time historically. The second floor is full of sections to familiarize guests with the history of cinema. This is the section that most attracts my attention. Tools from the pioneers of today’s video cameras, the first cameras and old editing benches show how difficult it was to make films in the past, reminding the audience to appreciate the films. It also highlights how old Yeşilçam films were made with limited means.

Among the exhibits, the objects used in old movies are also remarkable. The original illustrations from the movie “Amentü Gemisi Nasıl Yürüdü?” (“How was the Amentü Ship Steered?”) and the figures used in Turkey's first feature-length puppet film are two impressive examples.

The items of famous directors and actors of Turkish cinema – including the camera of Türkan Şoray, who is a famous actress and director; a costume worn by actress Hülya Koçyiğit and the chair of director Memduh Ün – are also very interesting and provide a glimpse of the old Yeşilçam days.

In recent years, Turkish directors have made a tremendous impression, taking home a plethora of awards, particularly at film festivals in Europe. These actual awards will also be on show for a time at the Istanbul Cinema Museum. Among the awards are Nuri Bilge Ceylan's Palme d'Or, the highest prize at the Cannes Film Festival, and Semih Kaplanoğlu's golden bear from the Berlin International Film Festival.

The final floor of the museum has been allocated for temporary exhibitions. As of late, the venue has been hosting a traditional Turkish shadow play.

Despite being new, the Istanbul Cinema Museum stands out for exhibiting the largest collection of visual memory of Turkish cinema.