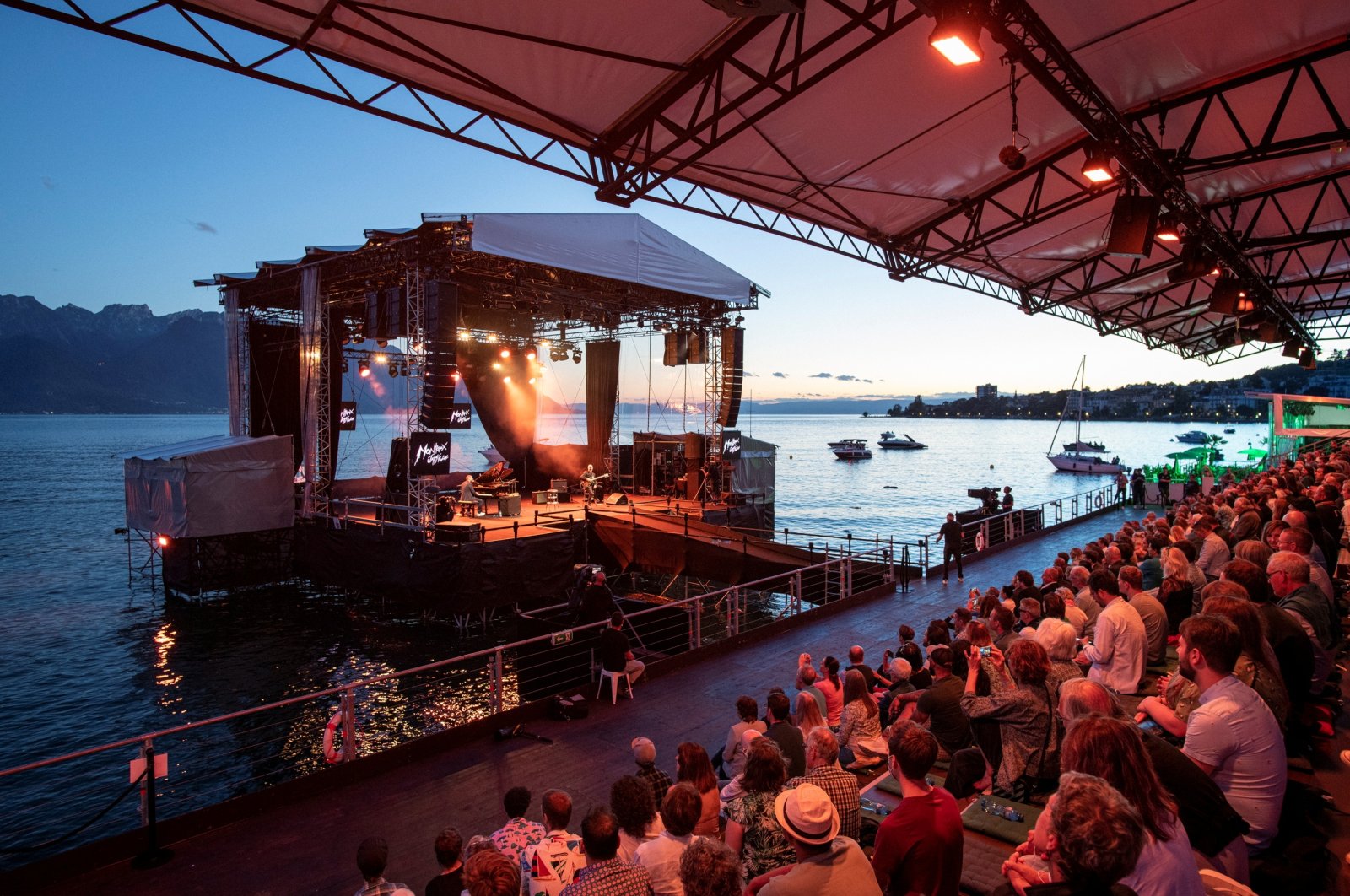 With the Swiss Alps providing a stunning backdrop along with the view of sailboats, and after more than a year without live performances, French-Lebanese trumpeter Ibrahim Maalouf offered a show to remember for a limited number of fans as he performed back-to-back shows at the grand return of the Montreux Jazz Festival on Monday night on a floating stage built especially on Lake Geneva.

The esteemed trumpeter appeared for the fourth time at one of Europe's most prestigious summer music festivals to perform live in front of limited number of fans with a COVID-19-free certificate.

The 55th edition can welcome 1,500 people per night at four venues, about one-tenth the normal size for the two-week event.

"It's a real joy to be here again, the first time was 15 years ago," Maalouf told the crowd. "The concept of jazz here is a lot like mine."

"You've come despite the circumstances. I found a year and half without playing live very, very frustrating," he said.

Maalouf, accompanied by veteran Belgian guitarist Francois Delporte, played the melancholy "Beirut," which he composed at age 12 while still living in Lebanon as it emerged from civil war.

Maalouf alternated playing trumpet and a black grand piano on the stage, an engineering feat built 25 meters (82 feet) offshore and anchored at a depth of 12 meters (39 feet), the first time in the history of Montreux, famed for the acoustics of its indoor concert halls.

"You have a great view," he told the audience. "It's pretty bold to have built this stage in record time. Only the Swiss can do something like this."

Vincent Charpentier, who attended the first 90-minute show, told Reuters: "The decor was magic and the sound excellent."

Mathieu Jaton, the festival's chief executive, said that Maalouf had been key in encouraging the audacious project's realization.

"We wanted to create unique; the stage was a real challenge. We didn't just want to do a smaller festival but something extraordinary," he said in an interview.

American jazz pianist Fred Hersch is booked at the Petit Theatre for July 12.

Italian singer Zucchero is stepping in for extra shows on July 11 to replace another headliner Rag'n'Bone Man. The soul singer was among gigs that canceled due to conditions of entry into Switzerland from Britain for travelers not fully vaccinated against COVID-19, organizers said.