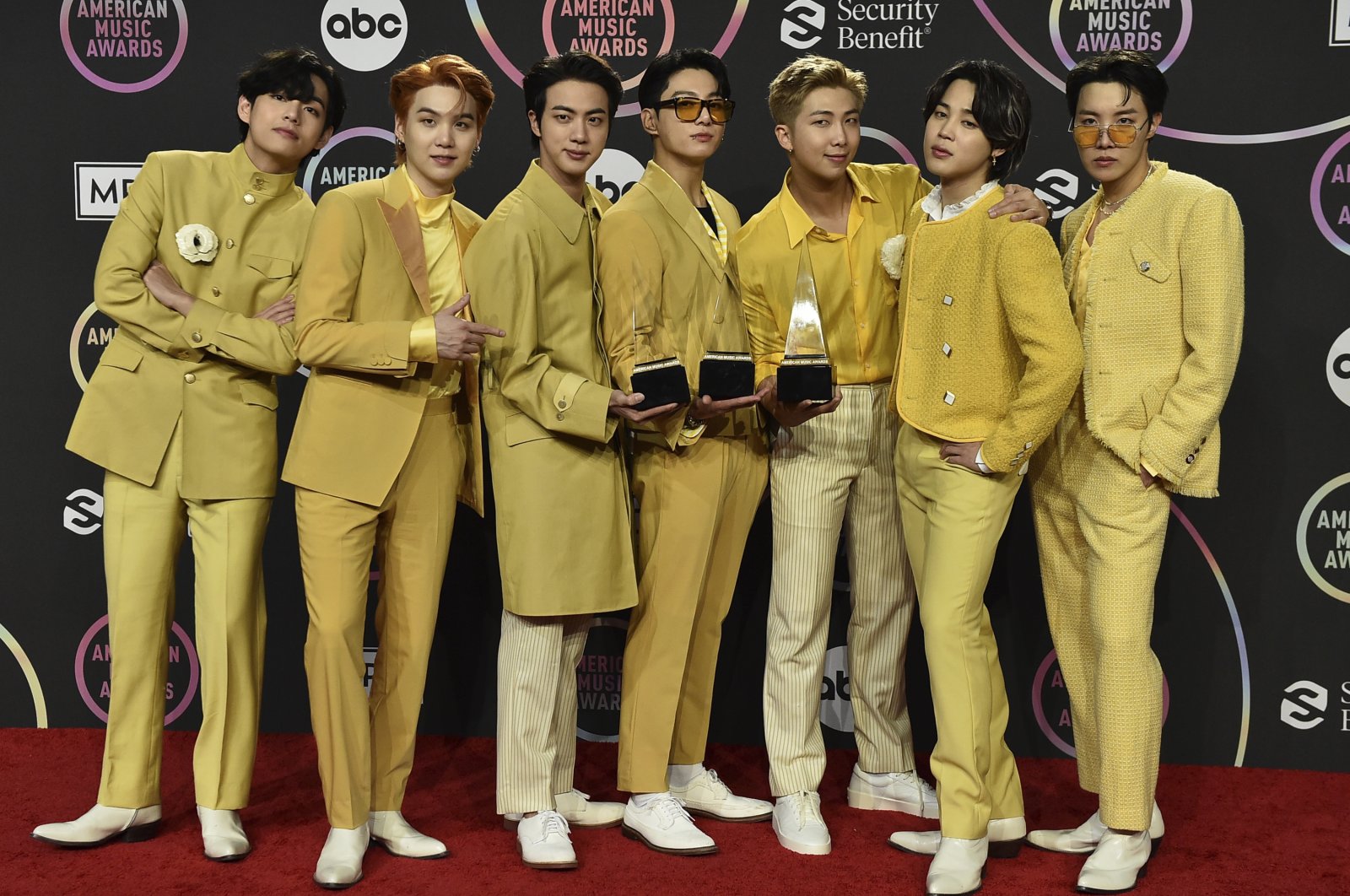 BTS poses in the press room with the awards for favorite pop duo or group, favorite pop song for "Butter,” and artist of the year at the American Music Awards on at Microsoft Theater in Los Angeles, U.S., Nov. 21, 2021. (AP)
by REUTERS Nov 22, 2021 8:50 am
RECOMMENDED

Hosted by American rapper Cardi B, the American Music Awards 2021 celebrated the latest and greatest talents of the contemporary music scene on Sunday. K-pop sensation BTS won the top prize just four years after making their first appearance on the fan-voted show.

Adored by an army of fervent fans, they also were named favorite pop group and won best pop song for their summer hit "Butter."

The band, known for its positive uplifting music, called the artist of the year win a miracle.

"We're truly honored to be on this stage with such amazing, tremendous artists," said Kim Nam-Joon, known as RM.

"It's been a long and amazing ride ... nobody could have ever bet on the odds of us standing here and receiving this award, except you all," he added referring to the band's fans.

BTS closed the show with a performance of "Butter" and earlier joined Coldplay on stage for a rendition of their single "My Universe," marking a post-pandemic return to live performances for the K-pop band.

Swift was among several top-nominated artists, including Grande, The Weeknd and Drake, who did not attend Sunday's ceremony.

She took home the trophies for favorite female artist and best pop album for her lockdown album "Evermore."

"I'm so lucky to be in your life, and to get to have you in mine," Swift told fans in a video acceptance speech.

First-time host Cardi B pulled off a series of extravagant costume changes and confessed she was worried about messing up.

Rodrigo, 18, who burst onto the charts in January, had gone into Sunday's show with a leading seven nods, but ended up with just one – best new artist.

New Edition and New Kids on the Block brought some 1980s nostalgia when they took the stage together to promote their comebacks, Jennifer Lopez sang her new ballad "On My Way," and Italian Eurovision song contest winners Maneskin delivered a rock version of 1960s Four Seasons hit "Beggin'."

The nominees were based on Billboard music chart performance, streaming and album sales, radio play and social media engagement, and the winners were chosen entirely by fans.