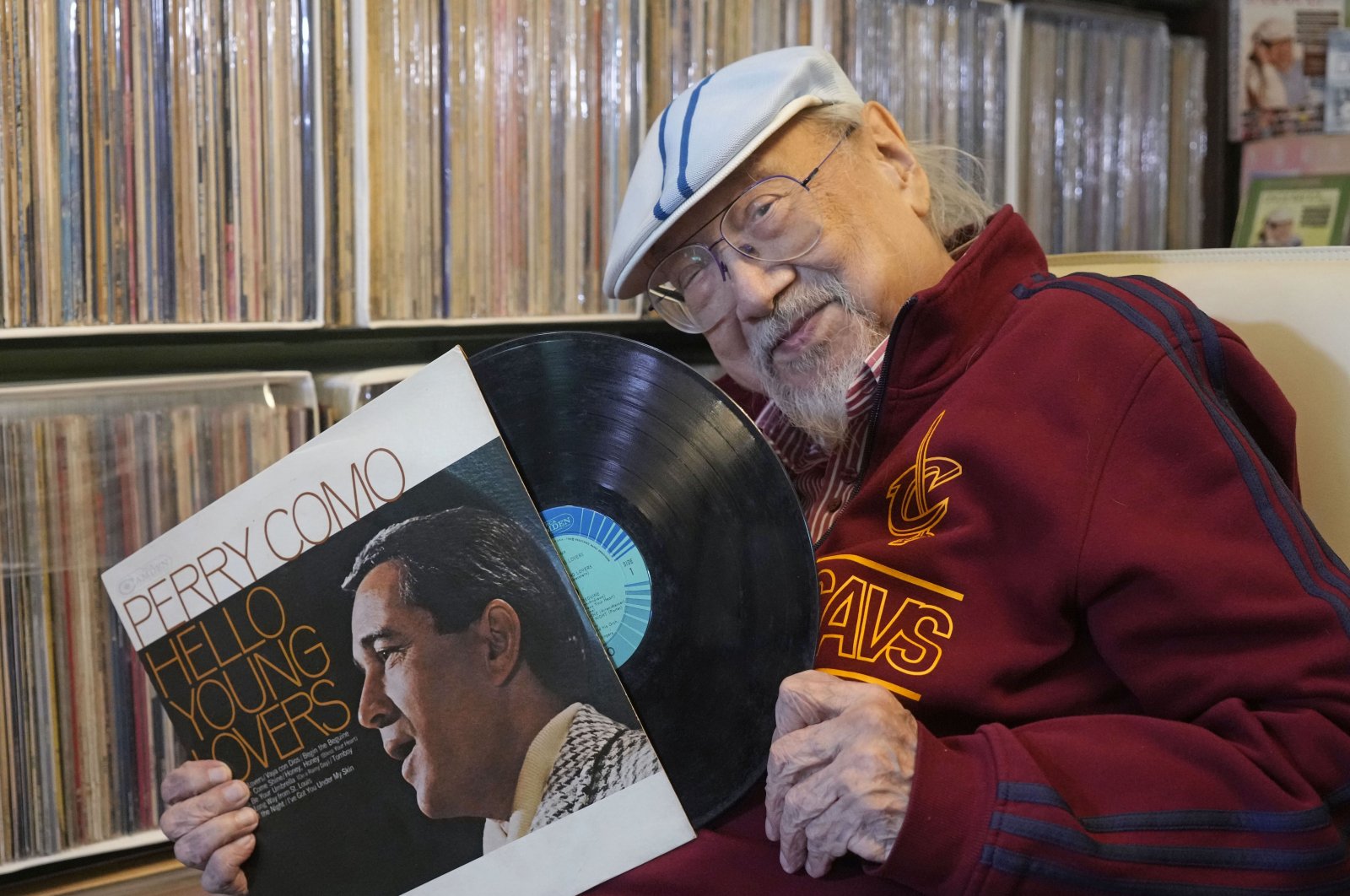 Having worked with the Beatles, Elton John and countless other superstars in a career spanning 70 years, Ray Corderio retired last month after an epic career that would put any music enthusiast into a happiness-induced coma.

He even received an MBE — an order of the British Empire for outstanding achievement or service to the community — from Queen Elizabeth II.

Cordeiro, who holds the Guinness world record for the world's longest-working DJ, considers himself the luckiest radio DJ in the world as he retired last month at the age of 96.

Cordeiro was born in 1924 in Hong Kong and is of Portuguese descent. His musical tastes as a child were influenced by his brother who was 10 years older and collected records from groups like the Mills Brothers and the Andrews Sisters.

Back then records were breakable, Cordeiro said.

"When he's not home and I played his records, I had to be very, very careful, because if I broke it he would get awfully angry," Cordeiro said. "I grew up with his music."

In his youth, Cordeiro worked as a warden at a local prison and a clerk at an HSBC bank. His love for music eventually led him to pursue a career in radio, where he joined public broadcaster Radio Hong Kong, now known as Radio Television Hong Kong.

It was during a three-month study course in London with the BBC in 1964 that Cordeiro landed the interview that kickstarted his career – with the Beatles, the biggest band in the world at the time.

He had some free time after the end of the course before he had to return to Hong Kong and didn't want to "sit around for two weeks doing nothing."

"So I said, why don't I grab the chance of finding some peeps, some pop groups or singers that I can interview and bring back (tapes) to Hong Kong," he said.

During those two weeks, Cordeiro traveled to venues where groups were performing and interviewed them afterward.

The Beatles had become wildly popular and Cordeiro wanted to interview them the most. Armed with a notebook and a pen, he went to the offices of the band's record label, EMI, to ask for an interview with the group.

By a stroke of luck, he was told to return the next day for an interview, with EMI loaning him a tape recorder for it.

He bought a magazine with a picture of the Beatles on the cover and took it with him to the interview, and got all the members to autograph it.

"Altogether I have some 26 signatures of all the Beatles, and it's probably worth a fortune," he said.

The interview was short because he didn't have a lot of tape in the tape recorder, but Cordeiro managed to spend time with each member of the Beatles.

He said John Lennon recounted the Beatles' early days in Hamburg, Germany, where they lived in relative poverty and played in clubs.

He later interviewed the Beatles again when they visited Hong Kong. The interviews shot him to fame, and he quickly became Hong Kong's top DJ, armed with interviews he had conducted in London with the popular music groups at the time.

"I had a career before that, because I was interviewing local pop stars, but when you compare them to the Beatles it is something quite different," he said.

As the city's most recognizable DJ, he also got to know other stars such as Elton John and Tony Bennett.

Known for his deep, calm voice, flat cap and easy listening repertoire, Cordeiro garnered a loyal following of listeners who would tune in to his weekday radio show "All the Way with Ray," which ran from 1970 until last month.

"I fulfilled my work as a DJ, did what I had to do and the audience followed me, grew up with me, and they're all over the world now," he said. "They're all over and they still listened to me on the internet."

Asked if he were to do it all over again if he would pick being a DJ as a career, Cordeiro doesn't hesitate.

"I don't think I have to actually think about it, the answer is yes," he said.