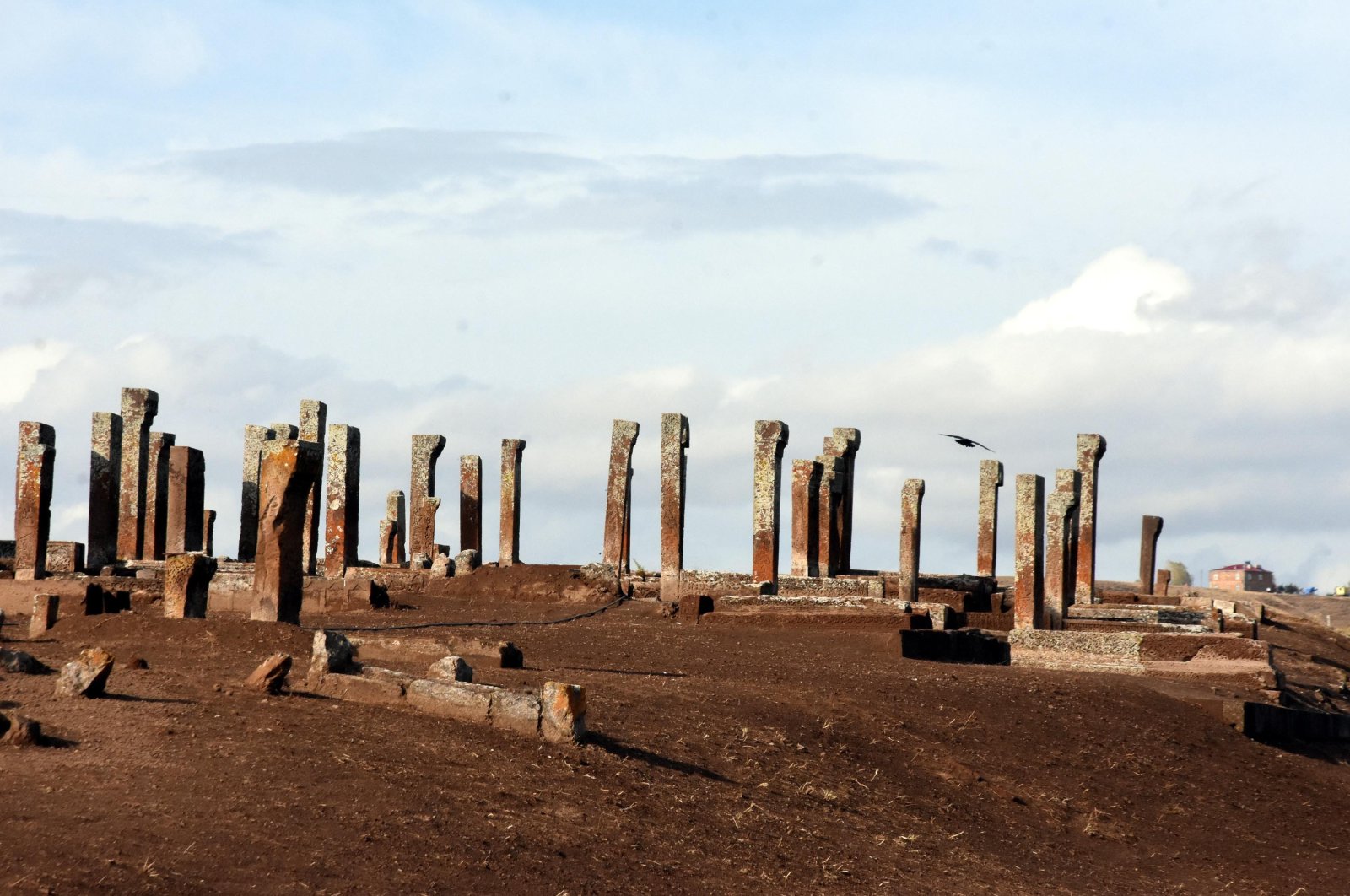 A view of the Ahlat Seljuk Meydan Cemetery, including the tombs of children, in the Ahlat district of Bitlis, Turkey, Nov. 7, 2021. (DHA Photo)
by Daily Sabah with DHA Nov 08, 2021 2:07 pm
RECOMMENDED

The restoration of the tombstones at Ahlat Seljuk Meydan Cemetery in eastern Bitlis province – the world's largest Turkish-Islamic cemetery on the UNESCO World Cultural Heritage Tentative List – is underway.

At Ahlat Seljuk Meydan Cemetery in eastern Bitlis province, 30 graves of children have been found, adding to the number of 9,000 tombstones that have been identified during archaeological excavations to date.

Mehmet Kulaz, lecturer and associate professor at Van Yüzüncü Yıl University's (YYÜ) Department of Art History, said there was a concentration of children's graves in the region. "However, we have not yet come to a conclusion about the reason for this."

The archaeological excavations, which started five months ago, are ongoing in Seljuk Meydan Cemetery in the Ahlat district of Bitlis.

The excavations, supported by the Ministry of Culture and Tourism and the Turkish Historical Society (TTK) and carried out under the leadership of Kulaz, recently led to the discovery of the new graves in the area.

Kulaz stressed the importance of the site in the region. "Ahlat is a very important center with its tombstones and kümbets (a dome-shaped mausoleum from Seljuk architecture). It played an important role in the conquest of Anatolia and served as a base. After the Battle of Manzikert, the gate of Anatolia was opened to the Turks through Ahlat," Kulaz told Demirören News Agency (DHA).

"We can see different cultures in Ahlat, not only with the Seljuks but also others depending largely on the Seljuks, like the Ilkhanids, the Ayyubids, the Celayirs, the Akkoyunlu, the Karakoyunlu. All these cultures came here in the Middle Ages. They have left behind a great cultural heritage. The surviving witnesses of these are the tombstones, tombs, kümbets, inns, Turkish baths and castles," he said.

Kulaz noted the fact the region was once named Kubbet-ül Islam, meaning the Dome of Islam, showcased its historical importance.

"When we look at the tax records of the Middle Ages, Ahlat is a center that pays more taxes than many big cities. In historical sources, it is understood that the population reached 300,000 from time to time."

"When we look at the tombstones, we also see the traces of migration to Ahlat in the 13th, 14th and 15th centuries. This is an important finding because it shows that Ahlat was a center of science and trade in the Middle Ages."