New findings shed light on past of Turkey's 'city of gladiators' 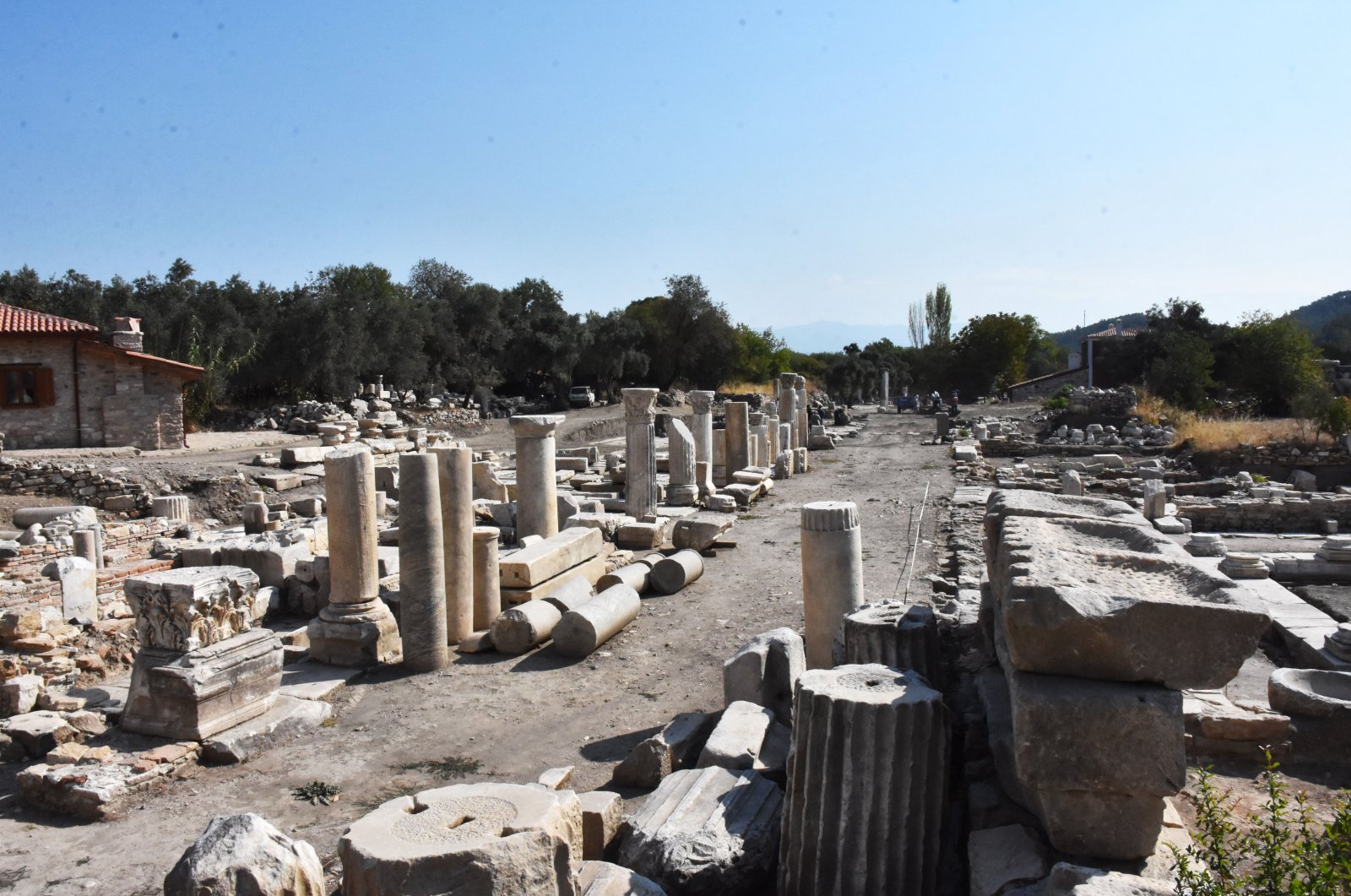 A total of 378 new historical artifacts unearthed during the recent excavations in Stratonikeia, located in southwestern Muğla province, have shed light on the history of the ancient city, providing deeper insight into its heritage.

Excavations are being carried out in many parts of Stratonikeia, known as the "city of love and gladiators." During these studies in the city, where there are many structures from the Hellenistic, Roman, Byzantine, Anatolian beyliks (principalities), Ottoman and Republican periods, every structure, from entrances to temples, are gradually being brought to light.

Speaking to Anadolu Agency (AA), Bilal Söğüt, head of the Stratonikeia excavations, said: "Stratonikeia is a living archaeological city. There is no other living archeology city where the structures from the ancient period to the present are preserved as a whole."

Archaeological digs continue year-round, Söğüt stressed, adding that inscriptions in Greek, Latin and Ottoman can all be seen on the same building, thus the city reflects a deep "cultural richness."

"This year, 378 artifacts, including architectural findings and sculptures, were unearthed during the excavations. We had a very fruitful season," he noted.

The newly discovered artifacts will undergo restoration and conservation and will later be delivered to Muğla Museum.

The ancient city of Stratonikeia was one of the most important cities of Caria, a region of western Anatolia extending along the coast from mid-Ionia, south to Lycia and east to Phrygia. The settlement of the Carians and Leleges, the Indigenous people of Anatolia, remained important during the Hellenistic, Roman, Byzantine, Anatolian principalities, Ottoman and Republican periods.

The site was included in the UNESCO World Heritage Temporary List in 2015.