Ottoman Istanbul in flames: Fire towers of the coveted city 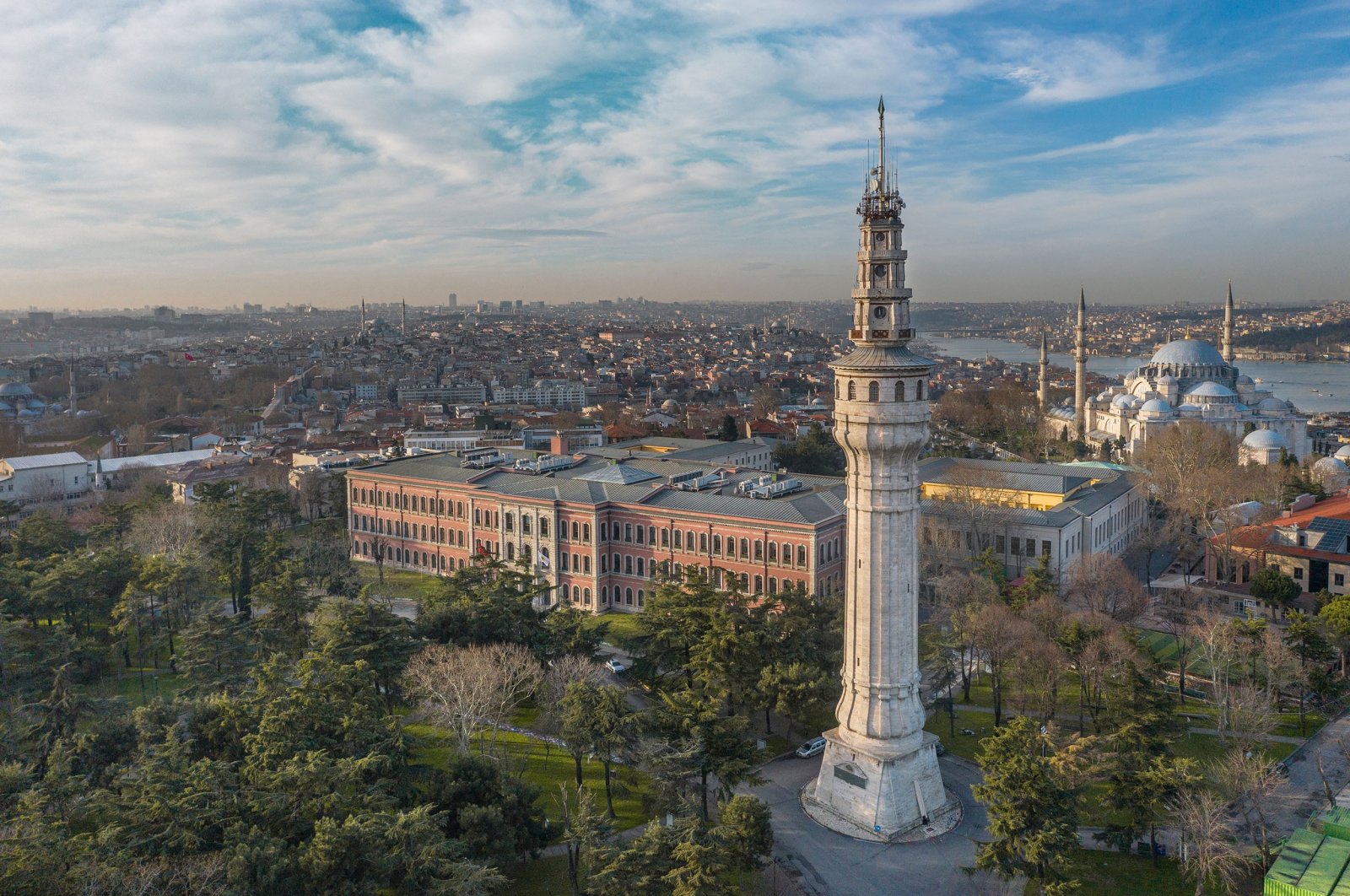 Istanbul was once a city in flames where lookout towers were just as vital as firefighting crews in saving lives. Let’s explore the history of the famous structures protecting the metropolis

"Istanbul is the land of sparkling lights and beautiful fragrances; Bosporus the blue lace filter of these lights and fragrances that flow from one side to the other between Europe and Asia; the Golden Horn, the Inner Harbor, the pool where the beauties flowing in from the Bosporus have their last bath. This city, no doubt, is a corner of paradise. I am staying here because I love the Turks. They are a matchless people befitting this matchless land, which is a corner of paradise. Their nature has a heavenly dignity, and their kindness is more modest than of the angels. I am afraid of forgetting my fatherland amongst this great nation. Fatherland, thou art dear, very dear! Yet the Turk, thou too art dear, very dear!”

This poetic piece about the Turkish metropolis of Istanbul was written by Claude Alexandre, Comte de Bonneval, a noble of France's Limousin province who converted to Islam and went by the name Ahmed. Many fell in love with the city over the centuries and penned poems and memoirs to describe its magnificence. Istanbul's glory comes from its geographical position, beauty, richness and cosmopolitan atmosphere. However, as everything has its price, while the city is beautiful it has suffered through many disasters including famine, plague, earthquakes and fires.

The quote “Fire was the calamity of wooden built Istanbul. Istanbul’s fire, Anatolia’s plague” demonstrates how the city and fire were inseparable phenomena. Fires were such a regular occurrence in the city that miscellaneous writer James Dallaway wrote they were so frequent one could not go two months without witnessing one. As recounted in chronicles, traveler accounts and court records, Ottoman Istanbul appeared to suffer greatly from fires. Other than the firefighters and their provided equipment, the city had another key tool to fight flames: fire towers. These tall structures played a crucial role in detecting where fires were located and announcing them to the people. Thanks to the fire towers, those on watch were able to warn people in advance, saving their lives and belongings, before the fire spread.

There were two fire lookout towers in the city up until the 19th century, namely, the Galata Tower and Beyazıt Tower, also named the Serasker Tower referring to a title formerly used in the Ottoman Empire for a vizier who commanded an army. In the second quarter of the 19th century, a third tower, the Icadiye Tower, was constructed in the Üsküdar district on the Asian side of the city.

The Galata Tower was erected by the Genoese in the 14th century. Undoubtedly, it was not built to watch for fires. However, that evolved into one of its functions in Ottoman Istanbul. Though the tower itself was unable to escape fires and had to be repaired from time to time, it continued to be used as a fire tower until the end of the 19th century.

Known by different names, the first fire tower of Istanbul was built to watch and announce fires within the walled city. The Beyazıt or Serasker Tower, which is about 61 meters (200 feet) high, affords a landmark view of the city. However, the city's first tall structure was constructed out of wood and built on the third hill of Istanbul, once home to the Old Palace. Turkish historian Reşad Ekrem Koçu named this tower the "Yangın Köşkü" ("Fire Mansion"). While the date of its construction is unclear, it does coincide with the fire of Küçükpazar avenue, which occurred in February of 1750 according to Izzi Süleyman Efendi, chronicler of the 18th century. Therefore, it seems more accurate to say the fire tower was constructed in 1750.

This structure was originally built of wood in Beyazıt Square, now home to a tower made of stone, but it burned down in the fire of 1774 that swept the Cibali neighborhood and was later rebuilt. Journalist and writer Niyazi Ahmet Banoğlu argues that the wooden tower was burned by the Janissaries, members of elite infantry units that formed the Ottoman sultan's household troops. Their main intention was to kill certain individuals they expected to be at the scene, but since their aim was known, the plan did not work and resulted in the burning of the tower. After this fire, "one of the Süleymaniye Mosque’s minarets was used for watching.” In 1826, the tower was destroyed with the abolition of the Janissaries, but when a fire occurred two days later, it was decided to rebuild the structure. That tower was also made of wood and set alight within in a short period of time. Then, a stone tower was built in 1828. The architect of this iteration of the tower was Senekerim Balyan, a member of the Balyan family of Armenian origin, who had great influence on the architecture of the Ottoman Empire.

Before the abolition of the Janissaries in 1826, watchers called “dideban” alerted announcers known as “köşklü” about the locations of fires. Köşklü announcers then informed the “gece bekçisi” (night watchmen) to spread the word to the people. English author Julia Pardoe’s notes provide us insight into the outlook and functions of this tower. If her remarks can be believed, Serasker Tower had windows on all sides and fire watchers would change guard once every two hours. She writes that no matter how far they were, one could hear their shouting because there was always a fire. “In high towers of the city, there were night guards and used a kind of instrument to announce a fire’s spot. There was not a single week you could stay in your bed without hearing the shouts of fire watchers such as 'fire in Galata!' Or 'fire in Üsküdar!'"

In 1849, the tower took on its present form. Three more floors with round windows were added. Thus, the tower now comprised of a total of four floors, namely, the starboard floor, the basket floor, the signal floor and the watch floor. With these additions, the height of the tower reached 118 meters. There is a wooden staircase consisting of 180 steps leading from the entrance to the watch floor. The other three floors are reached by a wooden staircase consisting of a total of 76 steps. It has a total of 256 wooden steps. The watch floor, decorated with 12 windows, offers a magnificent 360-degree view of Istanbul.

The tower continued to serve its function until the proclamation of the republic, that is, until 1923. The monument was renovated twice, once in 1997 and again in 2010. The renovation in 2010 was carried out within the scope of the Istanbul 2010 Capital of Culture project. The tower was registered as a private museum on July 23, 2013, with the approval of the Ministry of Culture and Tourism and the General Directorate of Cultural Heritage and Museums.

The tower has undergone a brief period of maintenance and is now open to visitors between 9 a.m. and 4:30 p.m. every weekday. Visiting is free but an appointment is required. To make an appointment, simply send an e-mail with the date and time you wish to visit to muzeyum@istanbul.edu.tr or kurumsaliletisim@istanbul.edu.tr.