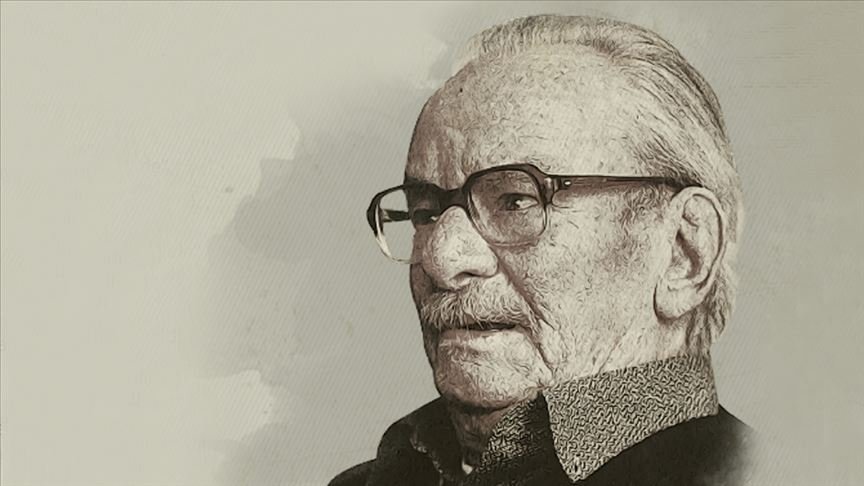 Although he wrote in various genres and translated several foreign works into Turkish, Anday is known for his poetry that stands outside traditional literary movements

The periodization of modern Turkish poetry is still a problematic matter due to the fact that no clear lines have been drawn between the concepts of “modernity” and “modernism.” General academic periodization divides the history of Turkish poetry into three major eras – the pre-Islamic, the Islamic and the “Westernization” or “new” periods – which are related to political and cultural history but not the actual change of poetic imagination or style. The Islamic period used pre-Islamic rhymes, themes and personas with great enthusiasm, while Arabic and Persian imitations ultimately helped to create classical Turkish poetry. Likewise, the “new” (here “new” can be taken as the Turkish interpretation of “modern”) era has often indulged the “old” or “Islamic” era in stylistic and thematic choices.

On the other hand, Westerners have insisted that modern Turkish poetry begins with the “Garip” (Strange) movement of the late 1930s, established by three schoolmates, Orhan Veli Kanık, Oktay Rifat Horozcu and Melih Cevdet Anday. The movement they started in 1937 offered the destruction of the “old,” the tradition represented by Yahya Kemal Beyatlı, who, strangely enough, is considered the founder of modern Turkish poetry by some. Because of such controversies, some critics even argue that modern Turkish poetry, and modern poetry in general, is the tradition of destruction, which implies that every generation should first annihilate what was offered by the previous one in order to become a new link in the chain of modern poetry.

There is no easy solution to the question of periodization or tradition in modern poetry. However, one can see that the Garip movement’s newness, plus its reputation as the first genuine modern poetry in Turkish, comes from the fact that the trio denied the tradition of their own language to become small satellites of Western poetry, including both the poetry of the modern West and Western antiquity. Perhaps the most loyal disciple of such a mimetic understanding was Melih Cevdet Anday, who is famous for his adaptations of the ancient Greek epics “The Iliad” and “The Odyssey.”

Turkish poet, playwright and essayist Melih Cevdet Anday was born Muzaffer Melih on March 13, 1915, to Cevdet Bey, a lawyer who was serving in the army in a village in western Çanakkale at the time. Muzaffer Melih was taken to Istanbul by his mother a short while after his birth. His birth certificate, which shows that he was born in 1917 in Istanbul, is not accurate since it was drawn up two years after his actual birth.

Anday came from a notable family, despite his democratic attitude in later years. His great-grandfather, Mehmet Raşit Pasha, was a “mirliva” (brigadier general) in the Ottoman army while his great-uncle, Mukim Pasha, was the private doctor of Sultan Abdülhamid II. Mehmed Kadri Bey, another of Anday's great-uncles, played a critical role in the Committee of Union and Progress (CUP) in France, where he was studying medicine. Mehmed Kadri was the one who convinced his relatives to take “Anday” as a surname after the 1934 Act of Surnames. He was the first pediatrician in Turkish medical history.

Muzaffer Melih first started school in Istanbul’s Kadıköy in 1923, two years later than he should have because of his birth certificate. After he finished secondary school in 1931, he moved to Ankara with his family because of his father’s job. He enrolled at Gazi High School, where he was able to demonstrate his artistic aptitude and make friends with similar students including Kanık and Horozcu, with whom he would start the Garip poetic movement in later years.

The trio began with a school periodical named “Sesimiz,” where they published their earliest poems using folkloric meters and rhymes in line with the general tendency of the day. Ahmet Hamdi Tanpınar, the famous novelist and critic, influenced their poetic endeavors as early as they were schoolboys.

After high school, Kanık left for Istanbul to study literature, while Anday and Horozcu enrolled at the Faculty of Law. Anday later moved to the History-Geography and Language Faculty, but he did not graduate from either. Kanık also left school after three years; only Horozcu finished school and officially became a lawyer. However, the most important thing in the lives of all three was the Garip movement they started in the late 1930s.

Garip caused a scandal in the poetic circles of the time, since it was full of unusual notions, phrases and propositions. The trio did this deliberately in order to mark an end to “poetical poetry” and to carve another road for the modern individual, which they believed they were representing. Later critics defined the Garip movement as the “poetry of the small man,” implying that Kanık and two friends were not interested in anything great but rather the ordinary aspects of daily life.

On the other hand, what begins small cannot remain small in Turkish poetry; thus, the three poets changed their trajectories after almost a decade. Kanık became more of a political writer, while Horozcu later joined the second new Imagists. Anday took the strangest path, writing adaptations of ancient Greek poetry, mostly that of Homer. He did so deliberately, in order to become “a universal poet like Dante Alighieri, Miguel de Cervantes, Giorgos Seferis, (or) Yasunari Kawabata,” which is awkward given that all those authors became universal by contributing to the tradition in their own language, rather than by the denial of their own tradition.

Anday served in the army twice because of World War II. He worked for the Ministry of Education for some time, where he met his first wife Sabahat Tertemiz. The two got married in 1945, and their marriage lasted until Sabahat’s death in 1956.

Anday remarried three years later to Yaşar Gedikoğlu, who translated some Western texts with him into Turkish. Anday and Gedikoğlu had a boy named Idris and got divorced in 1983. In the same year, Anday had his third and last marriage with Suna Akkan.

Anday worked as a public servant in Ankara for more than a decade (1938-1951) before he moved to Istanbul and began to work as a journalist and translator. He also taught at the Municipal Conservatory. Anday accepted other posts, such as chairperson of the Association of Turkish Literary Authors, board member for Turkish Radio-Television and education consultant for UNESCO.

Though Anday also wrote novels and plays, he is mostly known as a poet. He died on Nov. 28, 2002, at age of 87, in Istanbul. His grave is in the Büyükada Cemetery.