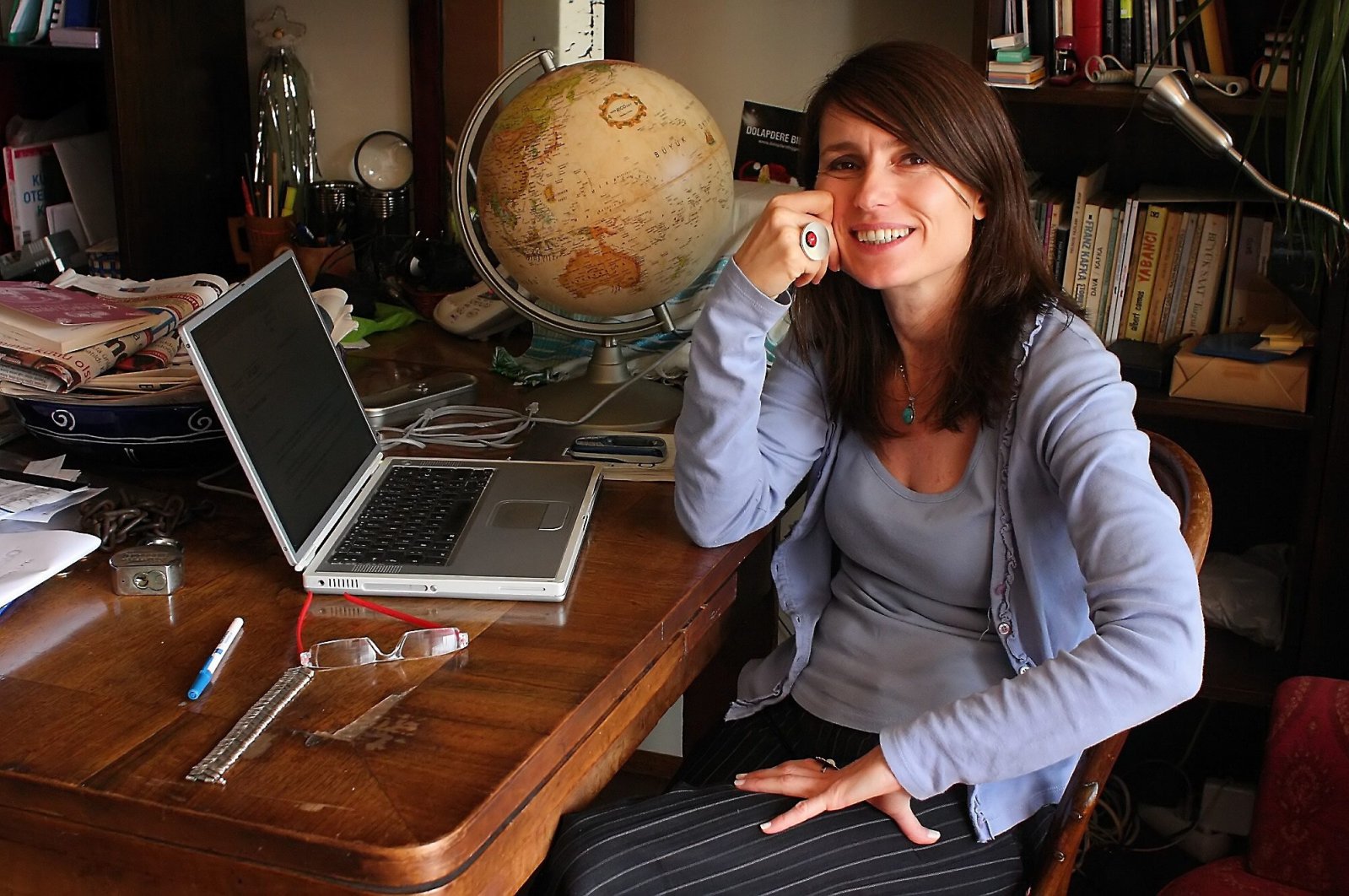 Ustaoğlu is among the directors who opened new windows in Turkish cinema by focusing on reflections of real life in the late 1990s, but her deeper insight into psychology and political context distinguish her from her peers

Psychology is a major theme long neglected by Turkish cinema. It’s a fact that psychological movies were not very common until recent years in world cinema either. But Turkish films, at least until the mid-1990s, really lacked the inner story of the individual. The average Turkish film can be described as a social drama rather than a drama of the individual.

Perhaps the first-ever psychological Turkish movie was “Endişe” (“Anxiety,” 1974) by director Şerif Gören. Other early examples were “Otobüs” (“The Bus,” 1975) by Tunç Okan and “Reis Bey” (“The Judge,” 1988) by Mesut Uçakan. Nevertheless, we do not come across much psychology in Turkish films until the debut films of the “Yeni Sinemacılar,” literary the “New Filmmakers.” The group, led by director Serdar Akar, aimed to bring reflect real-life through cinema in its simplest form (and included many master figures from the cinema sector, such as Yeşim Ustaoğlu, Derviş Zaim and Zeki Demirkubuz). Ustaoğlu is special among her peers, providing depth by looking into the psychology of the individuals she depicts within a political context. She also uses other themes and genres such as crime and mystery to intensify the psychological effect of her films.

Yeşim Ustaoğlu was born on Nov. 18, 1960, in the Sarıkamış district of eastern Kars province, where her father was working as an ophthalmologist at the state hospital. Her family is originally from the northern Trabzon province, where they returned after spending a few years in Sarıkamış. Ustaoğlu went to school in her hometown from the first grade to her graduation from the Karadeniz Technical University’s (KTÜ) Department of Architecture.

She was raised in a left-wing political environment, which encouraged her to be interested in political matters in Turkey and the world starting from an early age. She was among KTÜ's leftist activist students in the late 1970s when Turkey experienced heavy political violence from terrorists, activists and state security forces. Ustaoğlu was once even attacked and injured her eye. At the state hospital, her father operated on her eye himself. “If my father didn’t give another life to me,” she once said in an interview, “I couldn’t have made those films.”

Ustaoğlu participated in a project with her schoolmates for an international architectural design competition, and she was sent to study in Salzburg, Austria after their project won. She was only 19 at the time, studying among graduate students in their mid-20s who called her “the little girl with the bicycle,” since she used to go to school riding a bicycle.

After her graduation from the KTÜ, Ustaoğlu moved to Istanbul to both work as an architect and complete her graduate studies at the Restoration Department, which she believes shows her attitude as an architect. “My loyalty was toward the architecture,” she told once, “not toward the money.” Yet, she made some money, which she would use to make her four earliest short films.

Yeşim Ustaoğlu couldn’t cope with the rising construction business in Turkey in the 1980s, since she was an idealist and she preferred to save the cultural fabric of the old Istanbul neighborhoods at a time of wild change. Most of the architects were trying to meet customer requirements, which changed the outer look of Istanbul and later all of Turkey. Consequently, her attention began shifting toward cinema rather than her actual business.

Ustaoğlu made four short films before her debut film “Iz” (“The Trace,” 1994), a psychological mystery. But the arthouse film did not attract popular attention. However, “Iz” won the highest film awards at several international festivals, including Istanbul and Nurnberg. Some critics viewed Ustaoğlu as “the Turkish David Lynch,” which doesn’t add up when her later films are also taken into consideration. “Iz” is Ustaoğlu’s debut film, but not her very best.

Ustaoğlu’s second film, “Güneşe Yolculuk” (“Journey to the Sun,” 1999), was the story of a naive young man who gradually comes to recognize the political conflicts in his country. Mehmet, an allegorical name for the Turkish identity, is a simple young worker with generic hopes like getting married to his girlfriend, also a young worker. Mehmet makes friends with Berzan, an allegorical name for the Kurdish ethnic identity, after a street fight in the middle of cheering crowds resulting from a national football match. When Mehmet faces police brutality during a political investigation he is involved in by mistake, he begins to change and become politically aware.

Ustaoğlu and her film have won various awards thanks to her political honesty and courage.

Ustaoğlu dealt with identity issues in her later films, too. In “Bulutları Beklerken” (“Waiting for the Clouds,” 2003), Ustaoğlu tells the story of Ayşe, who was born Eleni and raised as a Muslim Turk though she belonged to a Greek Christian family after the local events during World War I. Ayşe is now an old woman and seeks to find the remainders of her family although she is not supported by her elder sister, who has long accepted her new (Muslim Turkish) identity and refuses to make a connection with her family’s past. At last, Ayşe manages to navigate through the mysteries of the past and visit her elder brother in Greece.

After dealing with national and ethnic identity issues in two separate films, Ustaoğlu began to concentrate on more universal subjects such as aging, women's issues, generational conflicts and youth problems in her later films like “Pandora’nın Kutusu” (“Pandora’s Box,” 2008), “Tereddüt” (“Clair Obscur,” 2016) and “Araf” (“Somewhere in Between,” 2011).