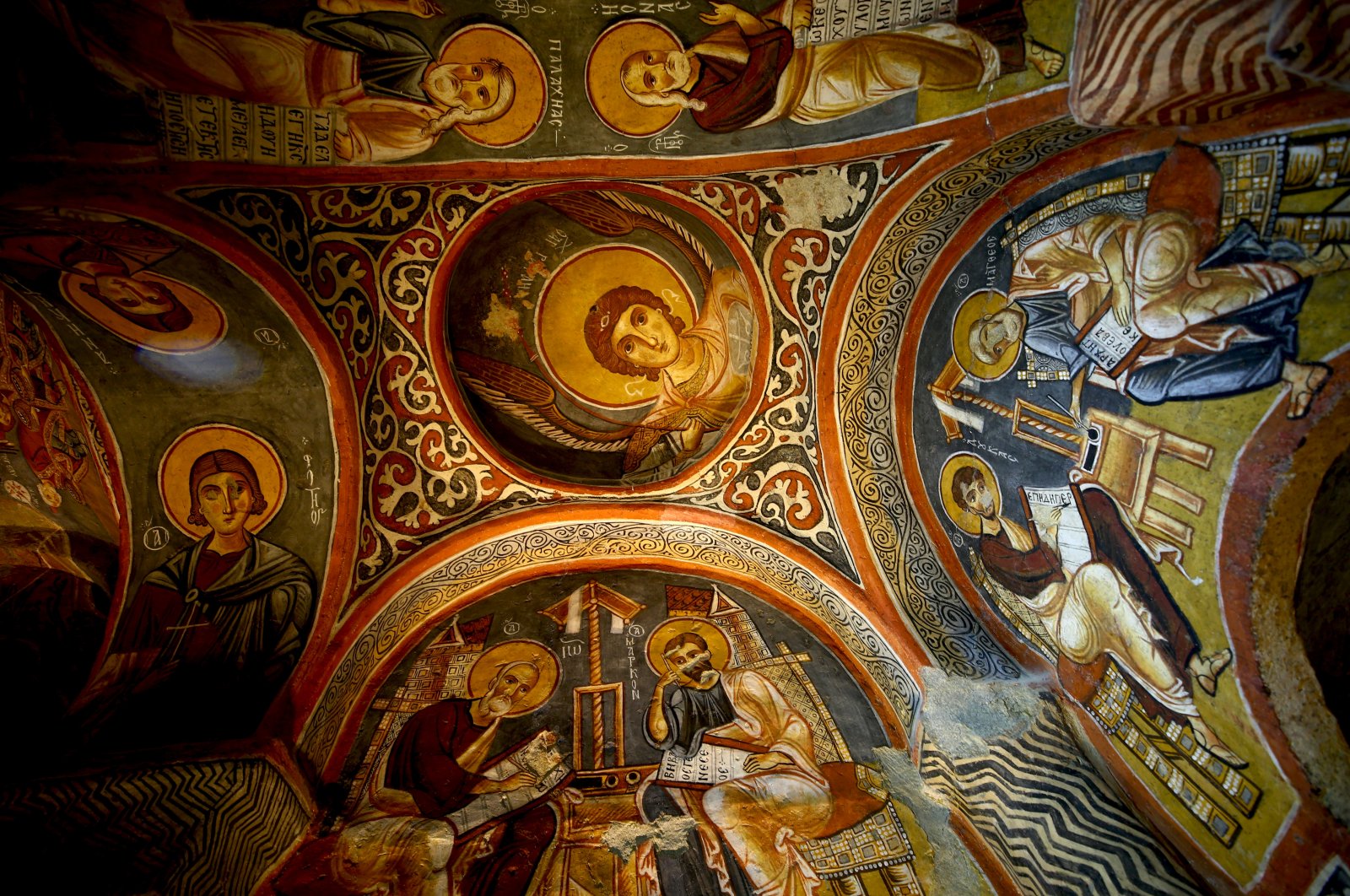 The rock-carved churches, monasteries and chapels in Göreme Open Air Museum attract tourists with their historical texture and frescoes that have survived centuries in Cappadocia, a well-known tourist destination in central Turkey.

The Göreme Open Air Museum, which is a UNESCO World Cultural Heritage site, is the first sight to be seen by visitors in Cappadocia. As a rock settlement that hosted an intense monastic life from the fourth century A.D. to the 13th century, it offers some of the best examples of the region’s famous landscape. The finest examples of rock-carved monasteries, churches and chapels with beautiful frescoes that still protect their original freshness decorate the Göreme Valley, which is considered to be the place where the monastic education system was started.

Karanlık Kilise (The Dark Church), El Nazar Kilisesi (Church of Evil Eye), Tokalı Church (Church of the Buckle), Elmalı Kilise (Apple Church) along with Azize Barbara Şapeli (The Chapel Of Saint Barbara) and Azis Basil Şapeli (Chapel of St. Basil) are among the most-visited of the rock-carved structures of the Göreme Open Air Museum. It is observed that the churches, chapels and monasteries were decorated with simpler drawings in their first periods while frescoes were adorned to their walls and ceilings after the Roman Emperor Constantine I, also known as Constantine the Great, accepted Christianity in the third century. The frescoes’ depictions include the scenes of “The Birth,” “The Baptism,” “The Entry into Jerusalem,” “The Adoration of the Kings,” “The Raising of Lazarus,” “The Last Supper” and “The Crucifixion.”

Tourist guide Özay Onur stated to Anadolu Agency (AA) that due to the problems in the Roman period, Christian communities began to live in the hidden valleys of Cappadocia after 67 A.D. and the religious places they built take tourists on a historical journey today.

Explaining that Christian peoples were able to practice their religion freely by living in the region in the first century A.D., Onur said, "At that time, Christianity was banned and suppressed by the Romans. Therefore, Cappadocia became very important place for Christians and it was where the historical Silk and Spice roads intersect.”

Noting that the 17 chapels and churches are large and small in the Göreme Open Air Museum, Onur continued: “The best preserved and most important of among them is the Dark Church. This church was found late and cleaning and restoration work all were carried out for it.”

The tourist guide informed AA that the number of Christians today could be less than half if they couldn't continue their religion in the rock-carved churches in Cappadocia. “Education was given in the churches here. Christians naturally want to see the place where that religion developed. Among them, those who come to Cappadocia can visit cultural assets underground and above ground here."