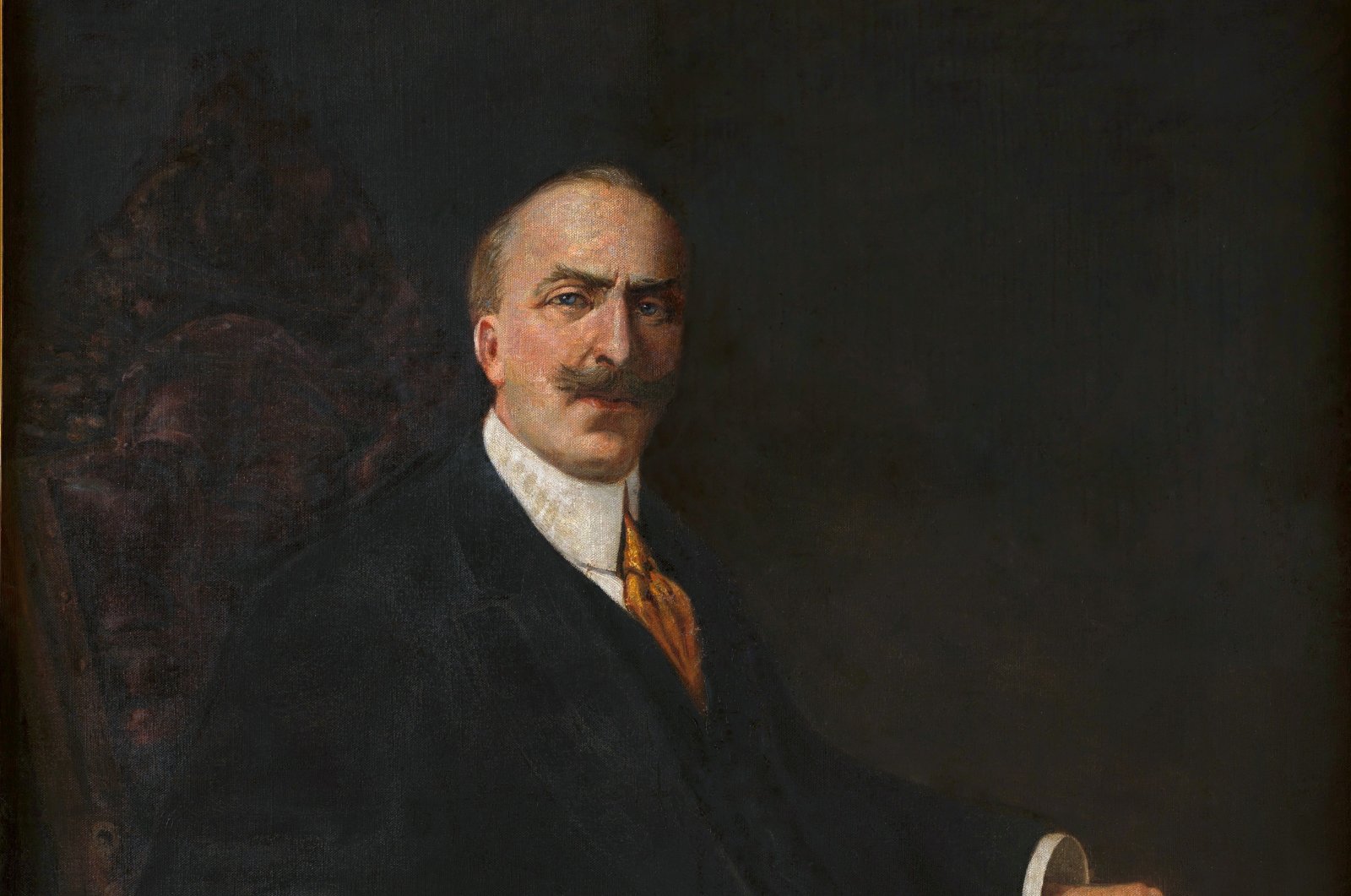 The new exhibition of Istanbul’s Sakıp Sabancı Museum showcases Şehzade Abdülmecid Efendi's deep influence on Ottoman art life with a unique selection of works, many of which are being displayed together for the first time

Sabancı University Sakıp Sabancı Museum (SSM) launched a new exhibition about the life and art of Abdülmecid II, the last caliph of the Ottoman Empire and the only caliph of the Republic of Turkey, on Dec. 21. Introducing Şehzade (Prince) Abdülmecid Efendi, who had a lasting effect on Turkish art history, in different aspects, “The Prince’s Extraordinary World: Abdülmecid Efendi” will remain open until May 1, 2022.

Abdülmecid Efendi was the son of Sultan Abdülaziz and his wife Hayranidil Kadın. During his period, his father Abdülaziz and three of his cousins, namely Murad V, Abdülhamid II and Mehmed V Reşad, reigned the country respectively. When his fourth cousin ascended to the throne in 1918, Abdülmecid Efendi became the crown prince.

In 1922, the Ottoman Empire was abolished, and Sultan Mehmed VI was deposed. The Turkish National Assembly chose Crown Prince Abdülmecid Efendi as caliph in the same year. With this decision, the caliphate was severed from political power, but Abdülmecid Efendi was the living symbol of the country's relationship to its Ottoman-Islamic past. The Republic of Turkey was established in 1923, and the caliphate was also abolished in the following year. Therefore, Abdülmecid was also deposed and exiled from Turkey.

Abdülmecid Efendi had the rank of general in the Ottoman Army, but he had a more important role as chairperson of the Ottoman Artists' Society. Apart from his patronage to many artists and artistic institutions, he was an accomplished painter who was also interested in calligraphy, music and literature. He is also known as an avid collector of butterflies, an activity that he pursued during the last 20 years of his life.

To offer a comprehensive perspective on Abdülmecid Efendi's art, “The Prince’s Extraordinary World: Abdülmecid Efendi” exhibition brings together artwork from SSM’s collection, 14 official institution collections, 17 family collections, private museum and gallery collections, along with works that arrived from France, where the caliph spent his last 20 years, with the support and cooperation of the Institut Français of Turkey and the French Consulate in Istanbul. It presents 60 paintings and more than 300 documents, as well as a 1926 self-portrait of Abdülmecid Efendi from the Musee Massena Collection in Nice and two original framed paintings that were taken from the Pierre Loti Museum House in Rochefort and had been gifted to Loti by Abdülmecid Efendi.

The “Abdülmecid Efendi Beyond Vision” section of the exhibition showcases the SSM collection’s six Abdülmecid Efendi paintings, which were, for the first time ever, subject to a scientific research study. The study carried out in collaboration with Sabancı University, Koç University and Istanbul University Faculty of Forestry illuminates Abdülmecid Efendi's painting technique, the restoration in his works, the structure, color, paint layers and texture of the materials he used, and his artistic production conditions.

Speaking at the opening ceremony of the exhibition, SSM Director Nazan Ölçer said that they are happy to host an unmatched exhibition on an extraordinary artist and a versatile şehzade. Discussing Abdülmecid Efendi, Ölçer said: “Abdülmecid Efendi, Sultan Abdülaziz’s first son born during his reign, experienced the tragic death of his father at a very early age and could never forget it. He spent about 50 years of his life as a prince, four years as a crown prince, about 16 months as a caliph, and the last 20 years in exile. In his 76 years of life, he witnessed three regimes: absolute monarchy, constitutional monarchy and the republic, and endured two world wars. Abdülmecid Efendi, the last heir and the last caliph of the Ottoman Empire, and the first and only caliph elected by the Turkish Grand National Assembly, personally witnessed the disintegration of the Ottoman Empire. Undoubtedly, he is one of the those most affected by the military and political affairs; yet still, we see that he was always a benevolent father and grandfather.”

Drawing attention to the artistic side of Albdülmecid Efendi, she explained: “Along with his identity as a painter, he was interested in music and calligraphy. With his support of intellectuals and artists, with whom he maintained close friendships, he was extraordinary for the Ottoman dynasty ever since his princedom. Conscious of the spirit of his time and the tensions between East and West, and with tradition and modernity, he lived his life as an Ottoman intellectual who was open to the West while staying true to his religion and traditions. Abdülmecid Efendi, who became a modern prince, combining East and West within his person, is commemorated in our exhibition with a selection of artworks, most of which will be seen for the first time.”

According to Ölçer, the exhibition will look at Abdülmecid’s relationship with art, including literature and music, as well as his close friendships with the intellectuals and artists of the period. “For the first time, we will see his three 'Fog' paintings side by side, inspired by Tevfik Fikret's poem. We will explore Abdülmecid Efendi with more than 300 documents, including the landscape paintings he gifted to his close friend Pierre Loti, his letters, family photos, some of which had previously remained unknown, including many menus and the invitation card given by his close friend Abdülhak Hamit for the premiere of his play, ‘Finten,’” the director added.

Throughout the exhibition, the visitors will be accompanied by musical compositions by Abdülmecid Efendi’s father Sultan Abdülaziz, who also established the first comprehensive painting collection of the palace. The exhibition, which offers a chance for art lovers to get to know the extraordinary Abdülmecid Efendi better, can be visited at the SSM’s Gallery located on level minus 2 between 10 a.m. and 6 p.m. except for Mondays, and between 10 a.m. and 8 p.m. on Saturdays.