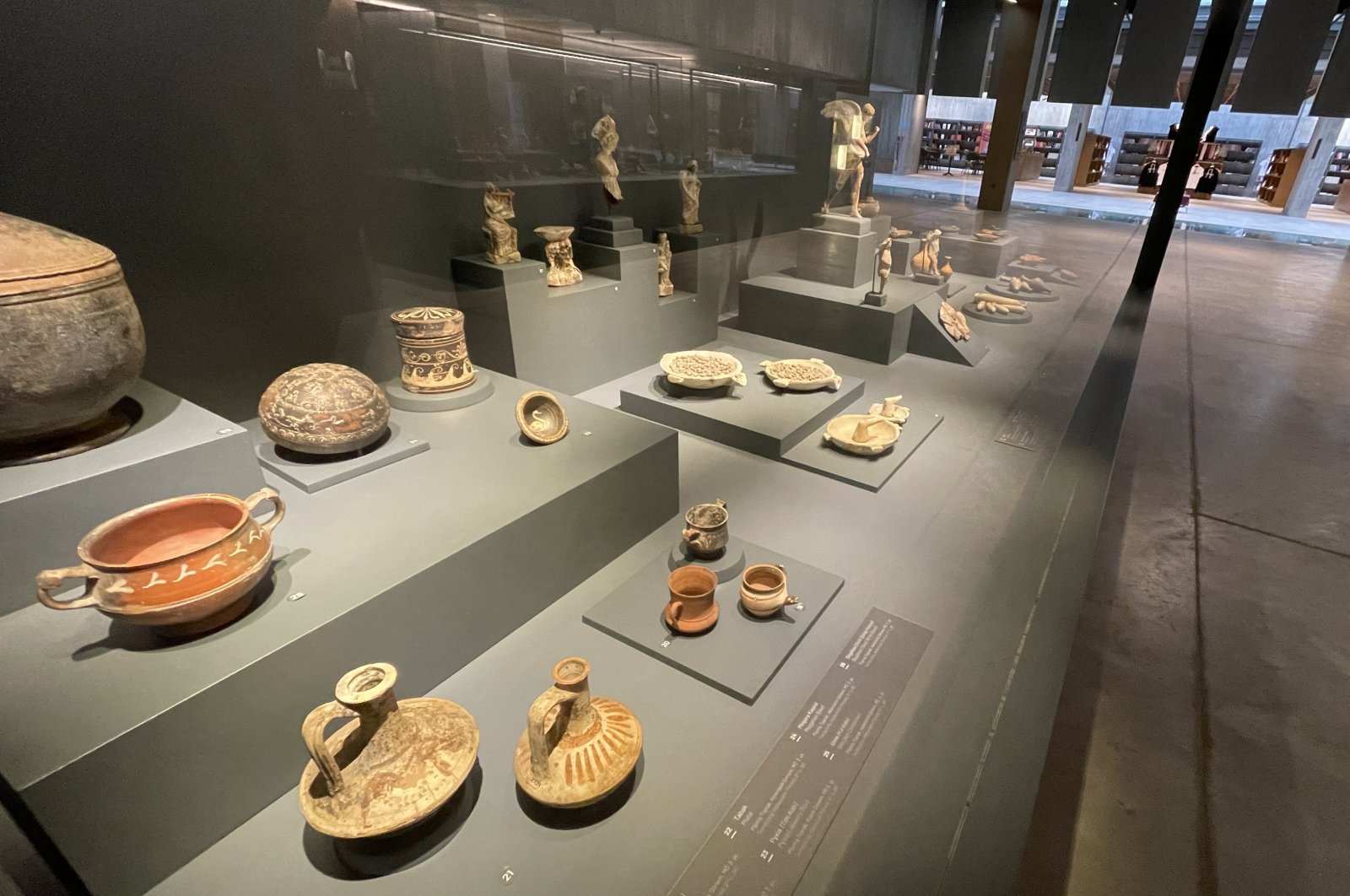 The Troy Museum, which has received prestigious awards from Europe for two consecutive years, brought Turkey its first award in Museum In Short, the international contest for museums’ best short videos.

The museum is located at the entrance of the ancient city of Troy, which has a history of 5,500 years in northwestern Çanakkale province and was added to UNESCO's World Cultural Heritage List in 1998.

The three-story Troy Museum, the construction of which was started in 2014 within the scope of a project determined by the Ministry of Culture and Tourism with a competition, opened to visitors in October 2018. With its 90,000-square-meter (968,751-square-foot) area, the museum welcomes its visitors with couplets from the "Iliad," in which the ancient poet Homer tells about the Trojan War, prepared in six languages. Artifacts and finds from the excavations in the region are exhibited in the museum.

Troy Museum, which won the 2020/2021 European Museum Academy (EMA) Special Mention Award after the European Museum of the Year Awards (EMYA) special commendation in 2020, is the first Turkish museum to receive one of the most prestigious museum awards in Europe. The museum also became the first Turkish museum to receive the "Special Mention" award in the Museums in Short competition for the first time.

Speaking to Anadolu Agency (AA), Troy Museum Director Rıdvan Gölcük said that the Museums in Short competition was held for the eighth time in cooperation with the European Museum Academy.

According to the information Gölcük provided, 32 museums from 15 countries entered the competition with their videos this year. The Troy Museum took part in the contest with the video “Museums Troy,” prepared by Emre Dörter. The video was deemed worthy of the Special Mention Award in the jury prizes.