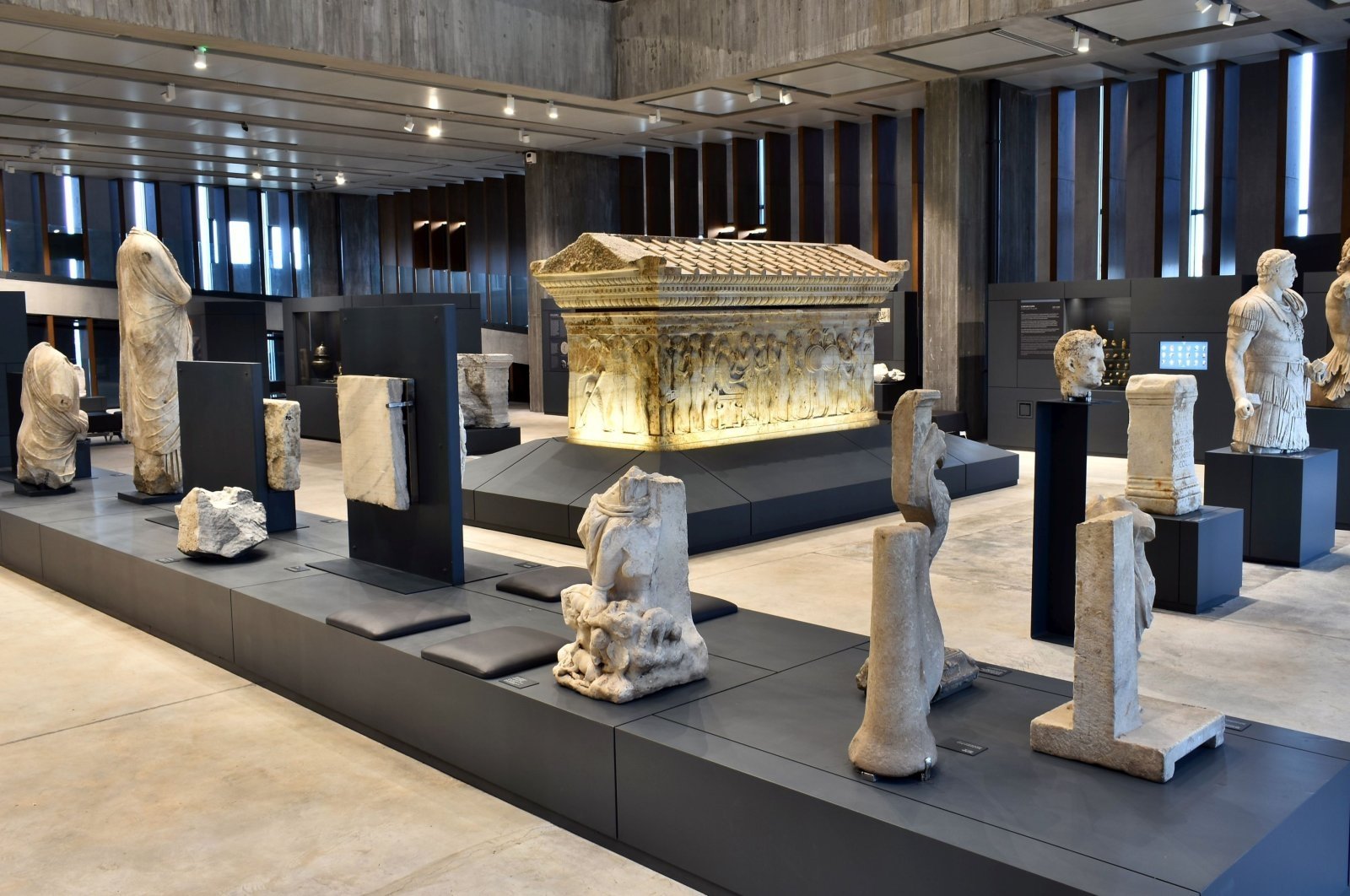 A general view from the second floor of the Troy Museum, Çanakkale, northwestern Turkey. (Courtesy of Troy Museum)
by DAILY SABAH May 07, 2021 11:10 am
RECOMMENDED

Turkey’s famous Troy Museum and Odunpazarı Modern Museum (OMM) were presented with special commendations at the European Museum of the Year Awards (EMYA) online ceremony which was held on May 6. Organized by the European Museum Forum and hosted by the Yeltsin Center in Russia, candidates from 2020 and 2021 were presented with awards at the ceremony.

EMYA, known as the "Oscars" for museums, is one of the most long-running and prestigious museology award ceremonies in the world. While the Troy Museum in northwestern Çanakkale province received the EMYA 2020 special commendation, the OMM, which is built among historic houses in the Odunpazarı district of the central Turkish city of Eskişehir, was awarded the EMYA 2021 special commendation.

The Troy Museum is one of the world's most important museums of contemporary archaeology. The construction of the museum started in 2013 as part of a project organized by the Ministry of Culture and Tourism. It was officially inaugurated by President Recep Tayyip Erdoğan on March 18, 2019. The contents of the museum detail the archaeological history of Troy and its civilizations, which left their mark in the Troas region and were recorded in history with Homer's "Iliad." At least 2,000 artifacts unearthed during excavations are displayed there.

The museum, with its 3,000-square-meter (32,291-square-foot) exhibition hall, features sculptures, sarcophagi, inscriptions, altars, milestones, axes and cutters, terra cotta pottery, metal vessels, gold pieces, weapons, coins, bone objects and tools, glass bracelets, ornaments, figurines, glass and terracotta scent bottles and tear catchers. The ground floor showcases the archaeological remains of the Troas region. The Bronze Age of Troy is introduced on the first floor, with a ship-shaped showcase emphasizing the importance of this age in maritime commerce and a screen mirroring the effects of the story behind the city's war-induced abandonment at the end of the Late Bronze Age. While the second floor introduces the Trojan War and its heroes by means of drawings, models and digital programs, the final floor displays the settlements in and around Troy during the periods of the Anatolian beyliks (principalities) and the Ottoman Empire.

Designed by the famous Japanese architectural firm Kengo Kuma and Associates (KKAA) and inspired by Odunpazarı's iconic Ottoman-era houses, as well as traditional Japanese architecture, the OMM was inaugurated by Erdoğan on Sept. 7, 2019. Since its opening, the OMM has been a place for visitors to appreciate archaeological finds and art. It has hosted many standout exhibitions and artist residencies as well. The OMM enlivens the historical region of Odunpazarı, famous for its wooden houses and impressive Ottoman-era architecture.

In the EMYA ceremony, Turkey’s Kenan Yavuz Ethnography Museum, located in northeastern Bayburt province, also received the Silletto Prize 2021. The museum has become an advocate for the conscious return to local roots and heritage, the revitalization of the village of Beşpınar and neighboring settlements and wider awareness of the benefits of village and community life in general.