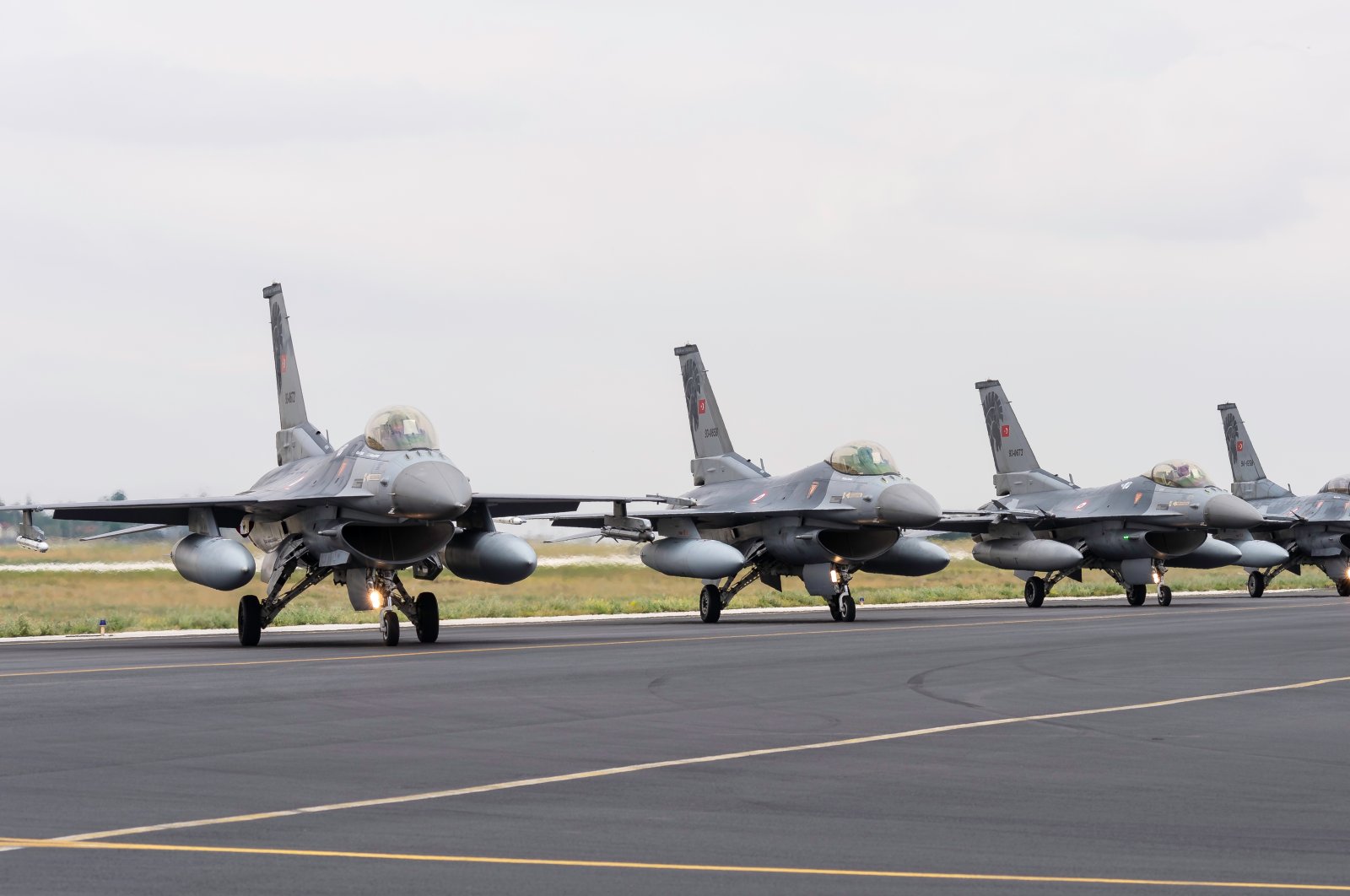 Turkey’s request for Lockheed Martin-made F-16 fighter jets and modernization kits to upgrade its existing warplanes is valued at $6 billion (TL 54.02 billion), according to Turkish sources who spoke to two different media organizations Tuesday. Considering U.S. Congress' opposition to Ankara purchasing arms due to several lingering issues, it was thought that it would be difficult to win approval for the deal, however, reports have said that the new U.S. administration supports it.

Turkey on Sept. 30 sent a formal request to the U.S. to purchase 40 new F-16 Block 70 aircraft and nearly 80 kits to modernize its F-16 fighters, two officials familiar with the matter were cited as saying by Bloomberg.

The report said President Recep Tayyip Erdoğan is expected to hold a meeting with U.S. President Joe Biden at the upcoming global G-20 summit. There has been no official announcement or meeting scheduled as of yet.

News of the F-16 purchase plans was also reported by the London-based Middle East Eye (MEE), which cited a Turkish official who said Turkey’s F-16s fleet, if not restored, “could put not only the security of Ankara’s but also NATO’s southern flank at risk.”

“The U.S. officials never told us that the modernization of F-16 was something out of reach,” the official said. “We believe Washington would be mindful of the Turkish and Greek balance as well,” referring to the Greek purchase of French Rafale warplanes.

The Biden administration had no issues with the request to update the F-16s, another official told the MEE.

“However, the U.S. Congress is another matter,” the official said.

Before expanding the F-16 fleet, Turkey was supposed to acquire fifth-generation F-35 stealth fighters from the U.S., however, Ankara was expelled from the program – in which Turkish companies also produce parts – over its purchase of Russian S-400 air defense systems. The Russian missile system was purchased after the U.S. refused to sell Patriot systems.

Presidential Spokesperson Ibrahim Kalın Monday told the Turkish daily Milliyet that if the current issues with the U.S. are resolved, Turkey can be included in the F-35 program again. However, Kalın also stated that if the problem is not resolved, the search for alternatives will continue.

Washington argues that the S-400 air missile systems acquired by Turkey could be used by Russia to covertly obtain classified details on the Lockheed Martin F-35 jets and are incompatible with NATO systems. Turkey, however, insists that the S-400 would not be integrated into NATO systems and would not pose a threat to the alliance.

Ankara has reiterated on various occasions that its removal from the jet program was illegal and unilateral. It has demanded a fair approach and has said that it is open to negotiations with Washington.

Kalın described the decision as wrong and costly not only for Turkey but also the F-35 program.

“I hope they get back from this mistake as soon as possible, but if they don't, we have a paid budget of $1.4 billion for that project. This is our money, what are the alternatives to use it properly? If the F-35 issue is not going to be resolved in the near term, then it is only natural for us to look at alternatives. Turkey is not without alternatives in the field of the defense industry,” he said.

Besides the F-16 jets, Turkey has other domestic programs, including the TF-X National Combat Aircraft (MMU), a fifth-generation stealth fighter jet.

Turkish Aerospace Industries (TAI) is the main contractor of the TF-X MMU program while several other local defense companies contribute to its development.

The TF-X MMU is a fifth-generation jet with similar features to Lockheed Martin's F-35 Lightning II. The domestically-built aircraft will be unveiled for the first time on March 18, 2023.