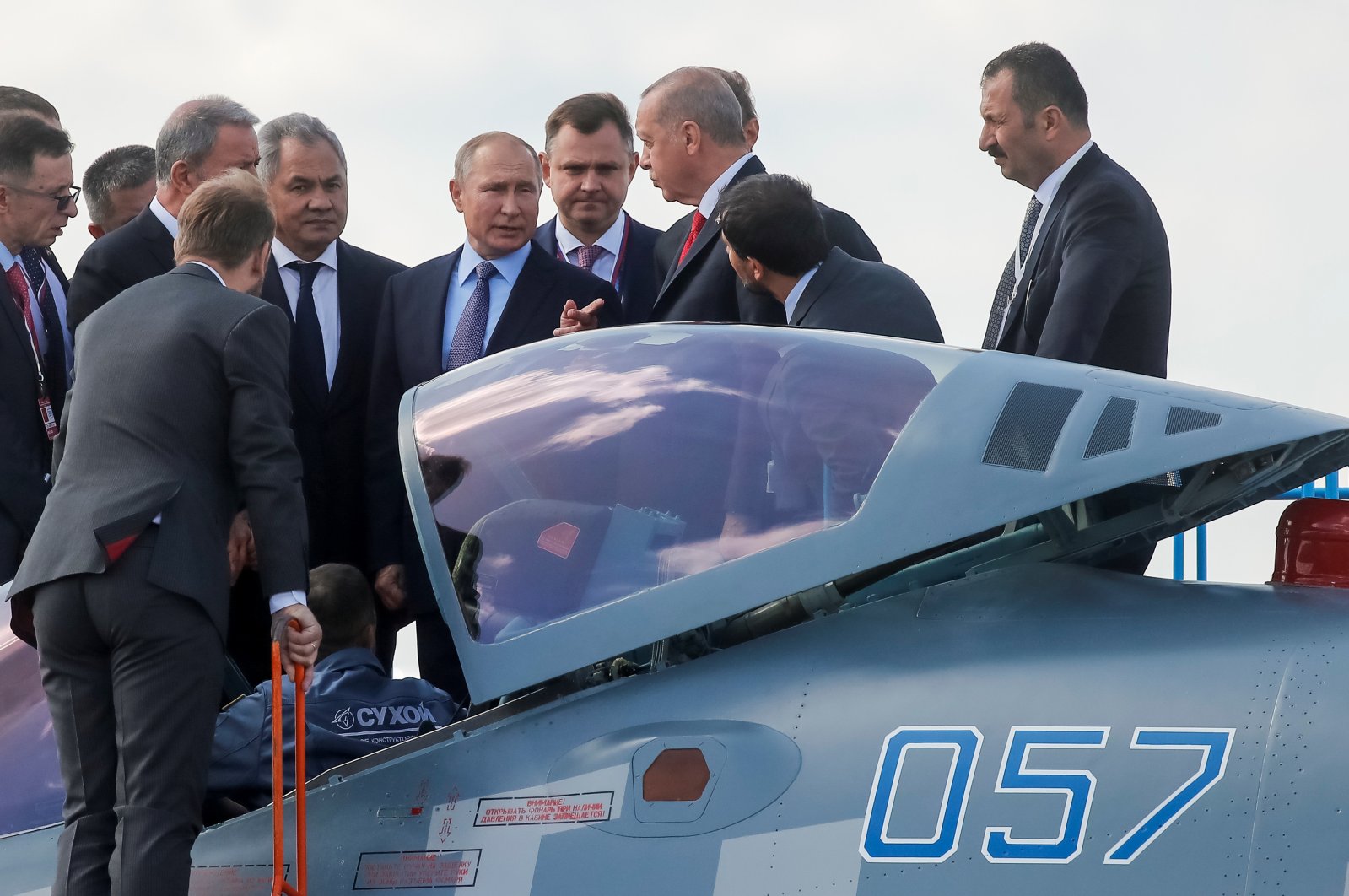 Russia is in talks with Turkey and has offered its help in developing advanced fighter jets, news agencies cited a top defense official as saying on Sunday, while no agreement has been reached so far.

“We are still at a stage of negotiations on this project,” Shugayev said.

Ismail Demir, the head of Turkey’s Presidency of Defense Industries (SSB), said in September the country was open to cooperation with friendly states on projects such as manufacturing a combat aircraft.

Turkey is currently working on the development of the National Combat Aircraft, or MMU, which will be a fifth-generation domestically designed stealth fighter jet.

The main contractor Turkish Aerospace Industries (TAI) earlier this month announced it produced the first part of the jet.

The aircraft will be comprised of nearly 20,000 parts and production is likely to be completed by the end of 2022.

Demir said “door is open” for friendly and allied countries “who want to be part of this project.”

Following a meeting with his Russian counterpart Vladimir Putin in late September, President Recep Tayyip Erdoğan said Turkey is considering more joint steps with Russia in the defense industry, including for fighter jets.

Various local defense and aerospace companies are producing parts and subsystems that will make up the aircraft.

The TF-X MMU has similar features to Lockheed Martin’s F-35 Lightning II. The aircraft is being developed to replace the Turkish air force’s F-16 fighters as they are gradually phased out throughout the 2030s.

Turkey was expelled from the F-35 stealth fighter jet program by Washington last year over its purchase of the S-400 air defense missile system from Russia.

Ankara had ordered more than 100 F-35 jets, while its defense industry has been a prominent player in the development and manufacturing of the aircraft.

Erdoğan has said that Ankara wants to buy the cheaper F-16s using the $1.4 billion it allotted for the F-35 program.