Turkey's centenary 2023 to mark many firsts for defense industry 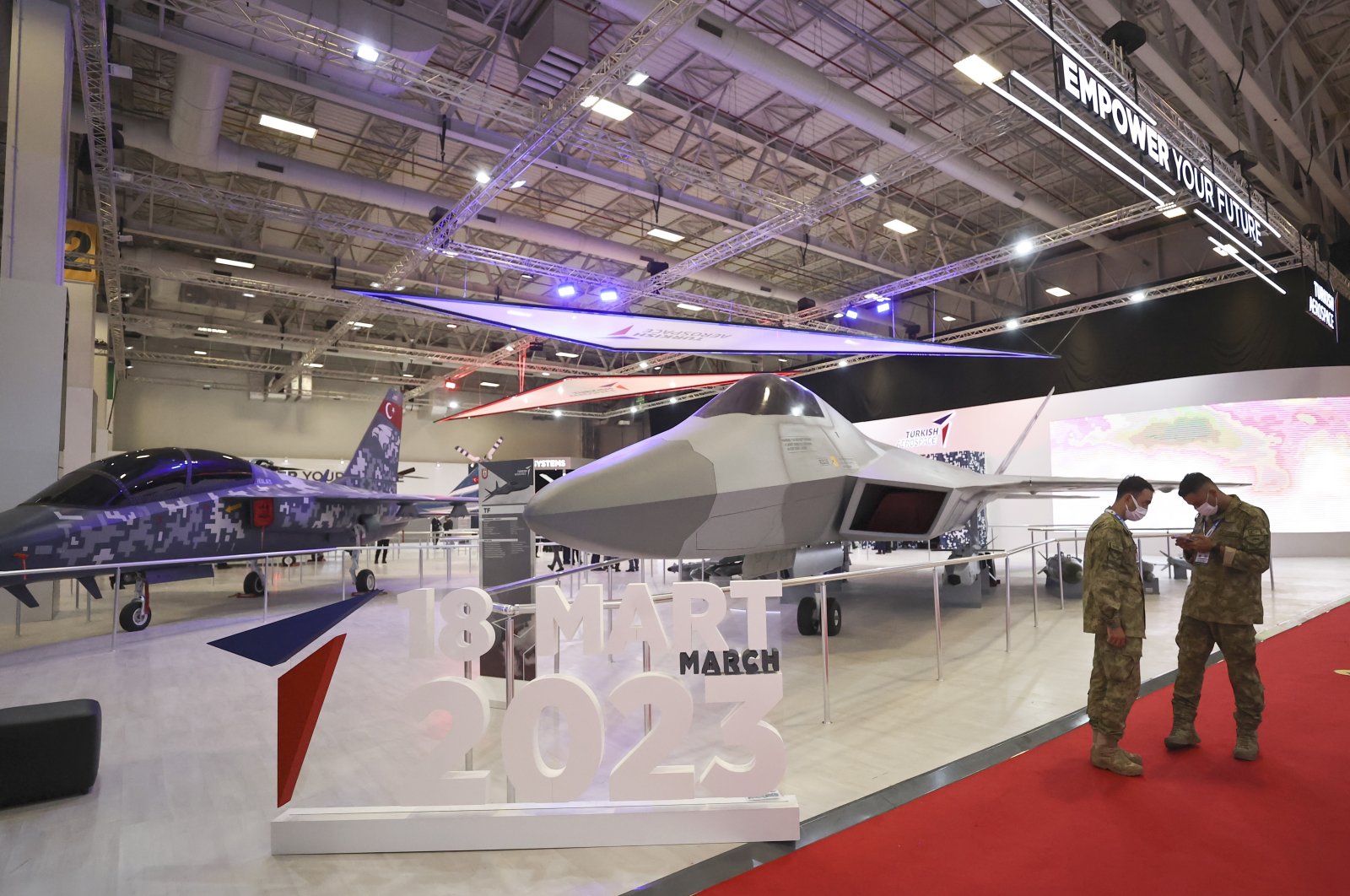 The 15th International Defense Industry Fair (IDEF 2021) opened its doors for the second day on Wednesday with a wide variety of products from Turkish companies on display, including those set to enter inventories soon.

Temel Kotil, general manager of Turkish Aerospace Industries (TAI), whose products are at the forefront at the fair, said the firm’s Hürjet advanced jet trainer and light attack aircraft would make their first flight on March 18, 2023.

He added that the hull of the TF-X fighter jet, also known as the National Combat Aircraft (MMU), that TAI is developing as another of its projects has been specially designed for stealth.

Kotil also said that the jet's parts would be produced by several companies, including defense giant Aselsan and the Scientific and Technological Research Council of Turkey (TÜBITAK), under TAI's coordination.

He highlighted that the jet would be a fifth-generation combat aircraft in the same category as the U.S. F-35 and F-22 or the Russian SU-35.

"We want to produce the world's best aircraft, and we will," he added.

Kotil also said the first full-size model of this aircraft would be showcased in the Paris Air Show this year.

In 2023, Hürjet and helicopter gunship Atak-2 will take flight, and the TF-X will also be rolled out, he added.

He also commented that their Gökbey helicopter has a high-quality transmission system thanks to the prowess of Turkish engineers working on the project.

Meanwhile, as Turkey's largest aviation company, TAI aims to become one of the world's top 10 firms in the industry by 2028, its CEO highlighted during his interview with reporters.

With the several ongoing helicopter projects like Hürjet or Atak-2, TAI aims to be among the world's top six firms in this sector as well, said Kotil, adding that it would also work to become a global brand in the field of composites, boosting its current capabilities to process various materials such as titanium and aluminum.

He underlined that companies like TAI are technological and engineering heavens in Turkey, adding that the firm's products and projects were exportable and that every product is manufactured to be sold to Turkey and friendly countries.

Turkish defense industry companies, meanwhile, which have produced many unique products in recent years, have most recently put submarine development on their agenda.

Within the scope of those efforts, the National Submarine (MILDEN) project is being carried out to provide the Turkish Naval Forces Command with submarines produced within the country.

Turkey already achieved a milestone in submarine development in 2019, when the Pirireis, the first submarine developed under the New Type Submarine Project, hit the water as part of the next phase of production.

In a speech to mark the occasion, President Recep Tayyip Erdoğan said at the time a total of six new submarines, one each year, would join the Turkish Naval Forces between 2022 and 2027. The gains achieved thus far, in terms of maximizing domestic industry participation, will be a strong reference for domestic and national submarines intended to be built under the MILDEN.

In addition, several companies, including prominent software and hardware company Havelsan, are working on several technologies, systems and concepts to be used in submarines.

Havelsan, which is also presenting its latest products at IDEF 2021, introduced the Submarine Combat Operations Center Concept Design it developed in this context for the first time during the fair.

The Submarine Combat Operations Center Concept was designed to meet all kinds of war management, machinery and internal management needs of the submarine, with personnel as the main focus.

Submarines can perform long-term missions and meet the operational and personnel needs in a 3D environment, as they have great similarities with spaceships or stations.

Considering that the design of a submarine lasts an average of 40-50 years from design to its decommissioning, it is expected that any design decisions should meet the personnel, operational and logistical needs for the next 50 years. For this reason, while deciding on the technology and design to be used, a forward-thinking vision is needed without moving away from realism.

The submarines of the future are expected to include many technological features such as human-computer interaction methods along with artificial intelligence (AI), machine learning, deep learning, big data, decision support, Internet of Things, autonomous systems, robotics systems, augmented and visual reality, gesture control or voice activation.

Havelsan has adopted a vision of "designing the future" with a "realistic forward-looking” while working on the Submarine Combat Operations Center Concept.

With the design, a separate and isolated structure was created so that the activities in other parts of the submarine would not disturb the concentration of the personnel at the center.

The submarine commander takes up a position at the center of the console, with devices and systems surrounding them, and the dominance of the Submarine Combat Operations Center thus is increased.

In the project, a layout in harmony with the responsibilities and business processes of the center staff was ensured.

Three large multifunctional screens were installed to provide essential data, such as defined sea scans and periscope images as well as the statuses of the console, devices or systems. The information can be compiled and displayed separately or altogether.

Large screens offer wide viewing angles and are visible to the maximum number of personnel. Suitable screen selections can be made to access the required data and information most efficiently.

The design aims to optimize the layout and use the area with maximum efficiency, a must for crafts like submarines.

Havelsan has also undertaken the Submarine Information Distribution System, dubbed "The Heart of the New Type Submarine," which started in 2011 and used real-time embedded software technology for the system.