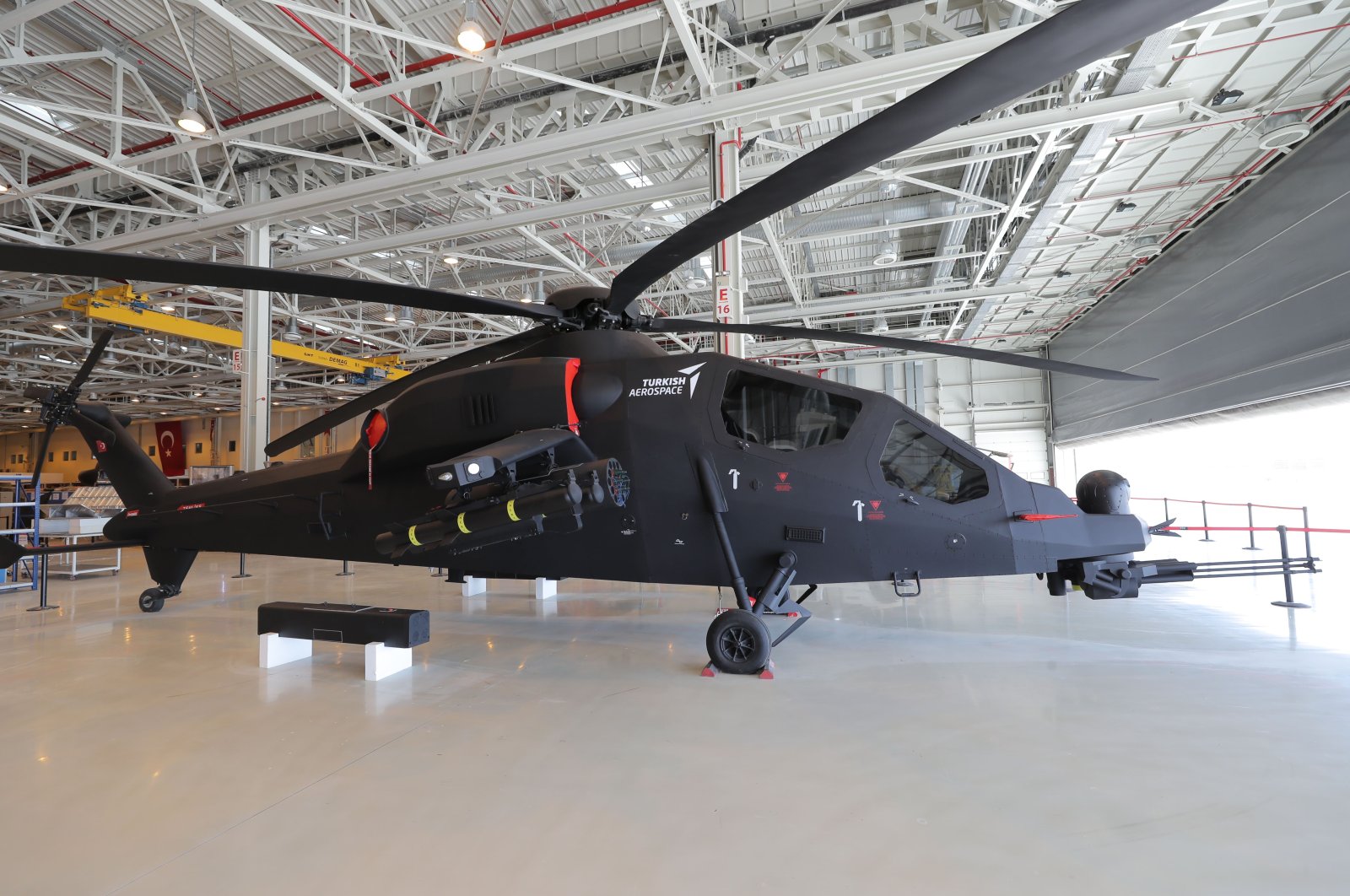 TAI will acquire a total of 14 engines, it said. This procurement was previously reported but there was no official announcement until now.

The company statement noted that the work continues for the helicopter to be developed within the project under an agreement signed between the Presidency of Defense Industries (SSB) and TAI.

TAI referred to the development as another important threshold completed for this particular helicopter development, which will have approximately twice the takeoff weight of the current Atak helicopter.

According to the contract between Ukraine’s Motor Sich and TAI, the engines are planned to be delivered by 2025, with the first delivery of two units scheduled for September 2022.

TAI General Manager Temel Kotil, whose views were included in the company statement, said that they have completed another important and critical stage for the helicopter that will fly in 2023.

The project aims to meet the needs of the Turkish Armed Forces (TSK) in terms of an effective and deterrent attack helicopter, which can carry a high amount of useful load, is resistant to challenging environmental factors. It is equipped with advanced technology target tracking and imaging systems, electronic warfare (EW) systems, navigation systems, communication systems and weapon systems. It is being designed and manufactured as a chopper with high maneuverability and performance.

The current T129 tactical reconnaissance and attack helicopters, which were upgraded to Phase-2 level, are in the inventories of the TSK and Turkey’s General Directorate of Security, which most recently received the aircraft.

Kotil further announced that “In its 100th year, we, as TAI, will make an assertive entry into 2023. It will be a year in which almost all of our projects will take flight.”

TAI is also the main contractor in another major project for the Turkish defense and aviation industry, namely the National Combat Aircraft (MMU), a fifth-generation indigenous stealth fighter jet. The TF-X MMU is a fighter jet with similar features to Lockheed Martin's F-35 Lightning II. The domestically-built aircraft is being developed to replace the Turkish Air Forces Command's F-16 fighters, ahead of the gradual phasing out of the latter throughout the 2030s.

The domestic fighter jet will use a ready-made engine at the beginning, and then the engine to be developed by TRMotor will be integrated into the aircraft.

Meanwhile, back in April, a Ukrainian news site said Kyiv may sell a stake in Motor Sich to a Turkish company.

Chas News reported the sale of some 50% stake in the Motor Sich, one of the world's largest engine manufacturers for missiles, airplanes and helicopters, to a Turkish company with a state share in the capital, was discussed between Ukrainian President Volodymyr Zelenskyy and President Recep Tayyip Erdoğan in Ankara.