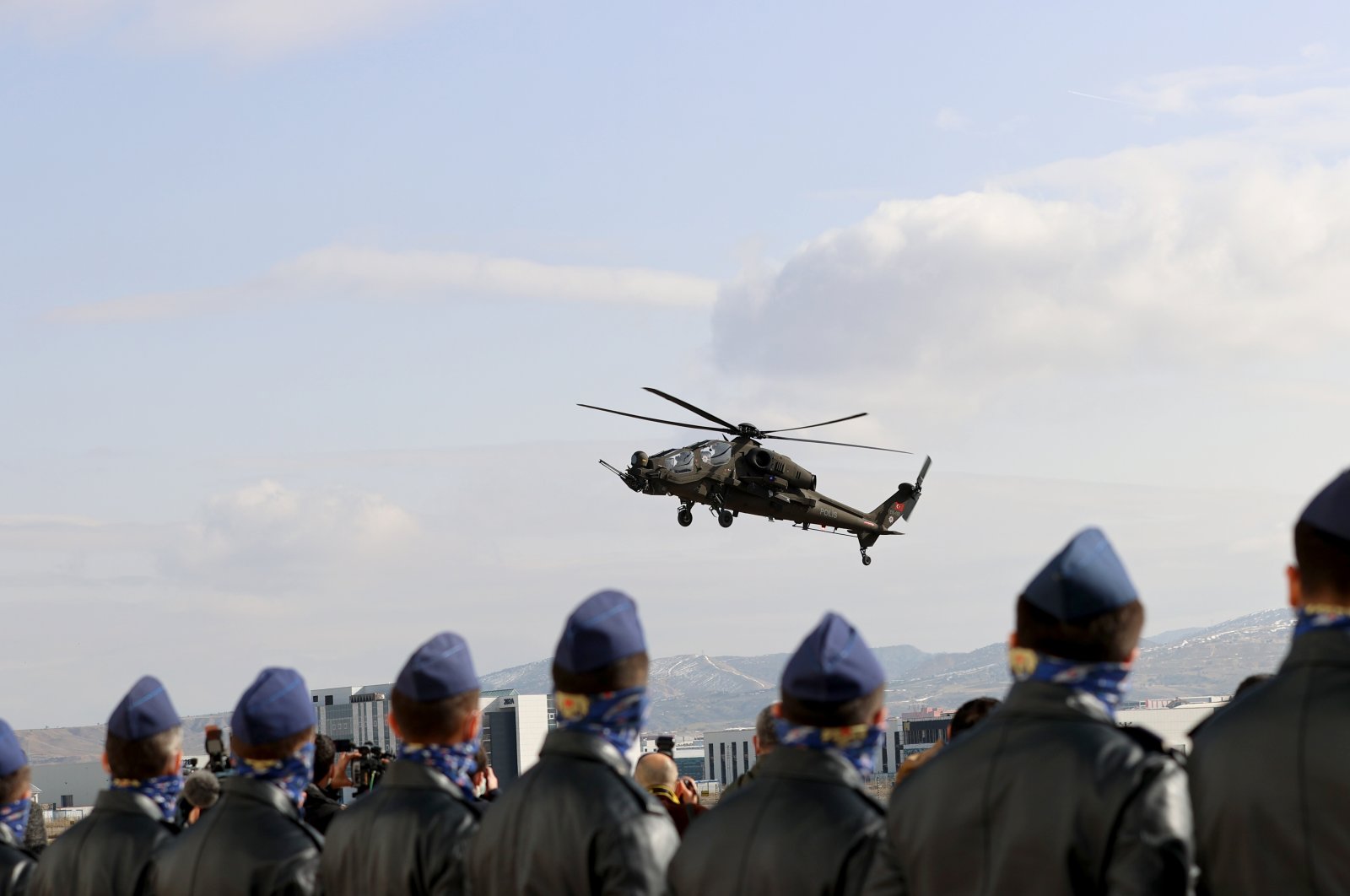 Chairperson of the manufacturing company Turkish Aerospace Industries (TAI) Temel Kotil said during the event at their facilities that they are proud to deliver the ATAK helicopter to the General Directorate of Security.

The upgraded version of the chopper is currently in the inventory of Land Forces Command and the one delivered Thursday is also the new ATAK Phase-2 configuration, equipped with laser and radar warning systems.

“ATAK is the best-performing helicopter in high altitude,” Kotil said, noting that its engine power is not impaired due to temperature or altitude: “Therefore it can provide efficient service in Turkey and near geography.”

The TAI chairperson informed that two more ATAK helicopters are set to be delivered to the General Directorate of Security in March.

He also commented on the company's other projects, saying that the ATAK-2 helicopter will make its maiden flight in 2023 and the Hürjet, an advanced jet trainer and light attack aircraft, is due at the end of 2022. Meanwhile, Turkey's TF-X National Combat Aircraft (MMU) is planned to take off on March 18, 2023.

The head of the General Directorate of Security, Mehmet Aktaş, also speaking at the ceremony, said that with the delivery of the helicopter, the security directorate was provided for the first time with an armed reconnaissance and tactical surveillance helicopter.

Stating that Turkish police forces constantly update their power in the sky with new technologies to provide more advanced security services, Aktaş said, “With the increase in the number and quality of our aircraft that we add to our inventory, we gain more effective and rapid action not only in the fight against terrorism but also in all kinds of police operational activities, especially against narcotic crimes, organized crime organizations, in combating human trafficking and establishing traffic order.”

Aktaş also informed that a crypto protocol was signed with the Ministry of National Defense for national devices such as friend-foe recognition systems and encrypted radios used in aircraft.

Defense Industries Presidency (SSB) Chairperson Ismail Demir said they are proud and happy to come together for the delivery of the helicopter that will add further strength to police forces.

Demir stated that the T-129 helicopters delivered to date have played an active role in security forces' operations and that they worked as a force multiplier due to their capabilities while emphasizing, “Within the scope of the ATAK project, which is a very important milestone in the establishment of the helicopter industry infrastructure in our country, much national equipment and weapons systems are produced domestically.”

The SSB head stressed that the goal is not only to build platforms but to also domestically develop their subsystems, particularly critical components, and that the TS-1400 engine tailored for helicopters, development of which is ongoing, is one of the important steps in this regard.

During the ceremony, the ATAK and Gökbey helicopters made a demonstration following officials' speeches.

In addition, TAI's preliminary prototype of its "unmanned and electric" version of the T629 helicopter, which is under development, was exhibited for the first time. The new platform is expected to be unveiled soon, bringing new technologies to the Turkish aerospace sector.