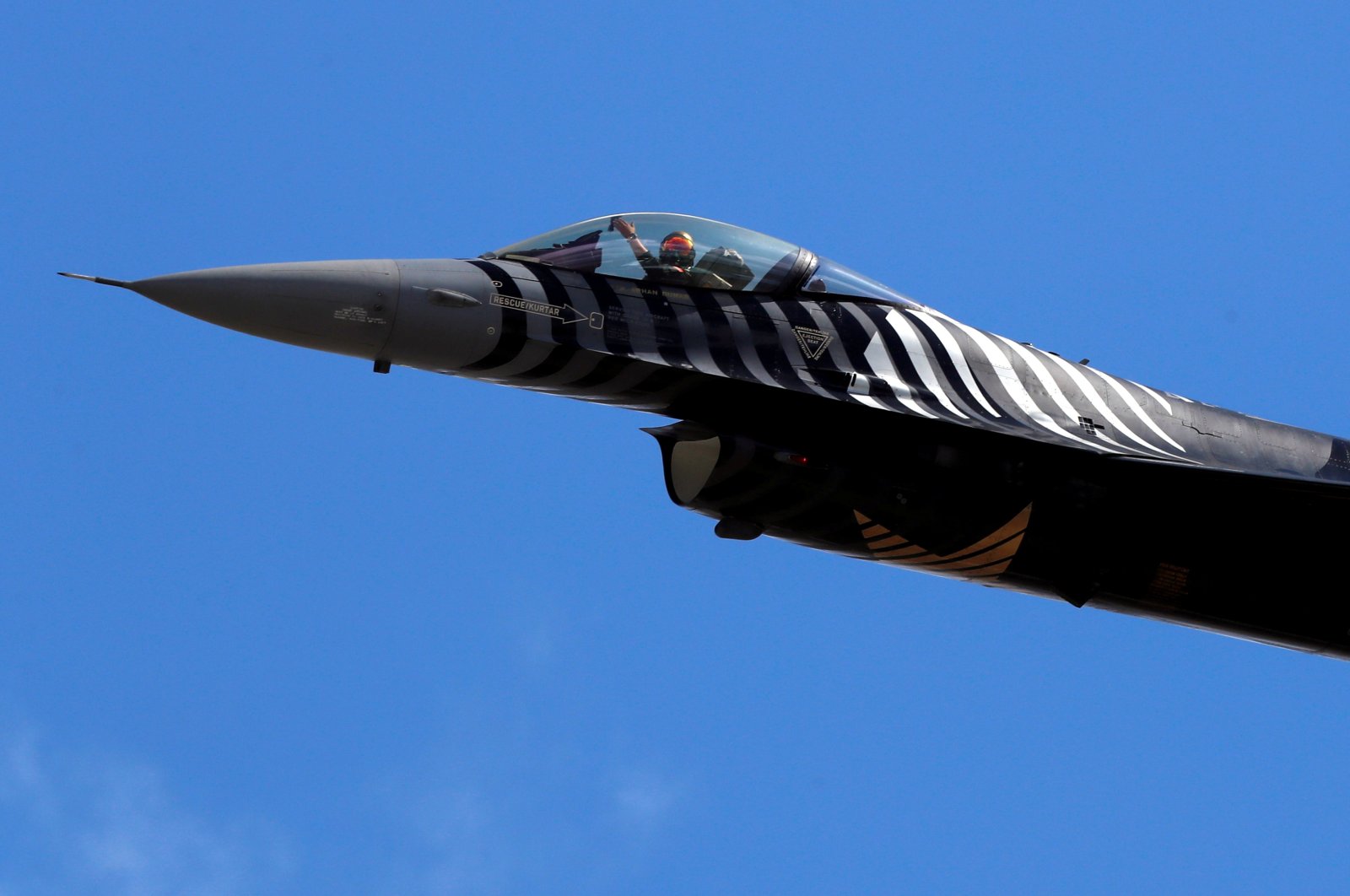 An F-16 aircraft of the Turkish Stars aerobatic team of the Turkish Air Force performs during the Teknofest airshow over the city's new airport that was under construction at the time, Istanbul, Turkey, Sept. 20, 2018. (Reuters Photo)
by Daily Sabah with Reuters Oct 27, 2021 9:59 am
RECOMMENDED

Democratic and Republican U.S. lawmakers urged President Joe Biden’s administration not to sell F-16 fighter jets to Turkey and said they were confident Congress would block any such exports.

In a letter to Biden and U.S. Secretary of State Antony Blinken, 11 members of the House of Representatives cited “a profound sense of concern” about recent reports that Turkey may purchase 40 new Lockheed Martin F-16s and 80 F-16 modernization kits.

The letter was dated Oct. 25 and reviewed by Reuters on Tuesday.

“Following President (Recep Tayyip) Erdoğan’s September announcement that Turkey will purchase an additional tranche of Russian S-400 missile defense systems, we cannot afford to compromise our national security by sending U.S.-manufactured aircraft to a treaty ally that continues to behave like an adversary,” the lawmakers wrote.

The White House did not immediately respond to a request for comment. A State Department spokesperson said the department does not comment on correspondence with Congress.

Erdoğan said earlier this month that the U.S. had offered to sell Turkey the F-16s in return for Ankara’s down payment on the more advanced F-35s, which Washington blocked after Turkey bought S-400 missile defense systems from Russia.

Ankara has been requesting a return for the $1.4 billion investment it made in the U.S.-led multinational fifth-generation F-35 fighter jet program, from which it was removed by Washington in 2019 after it acquired the Russia-made defense systems.

Previously, Ankara had ordered more than 100 F-35 jets, made by Lockheed Martin, while its defense industry has been a prominent player in the development and manufacturing of the aircraft.

Erdoğan last week expressed his belief that Turkey and the United States will make progress in talks for the sale of F-16 fighters, and that Ankara will recoup a payment it made for F-35s.

“While we are confident that Congress will stand together to block any such exports should these plans progress, the United States cannot afford to transfer any advanced military equipment to the government of Turkey at this time,” the letter said.

Erdoğan is expected to meet with his American counterpart Joe Biden on the sidelines of the G-20 summit in Rome this weekend.

Many say the meeting could unlock the standoff over the F-35s or F-16s.

Turkey has been indicating Ankara still intends to buy a second batch of S-400s from Russia, despite opposition from the U.S.