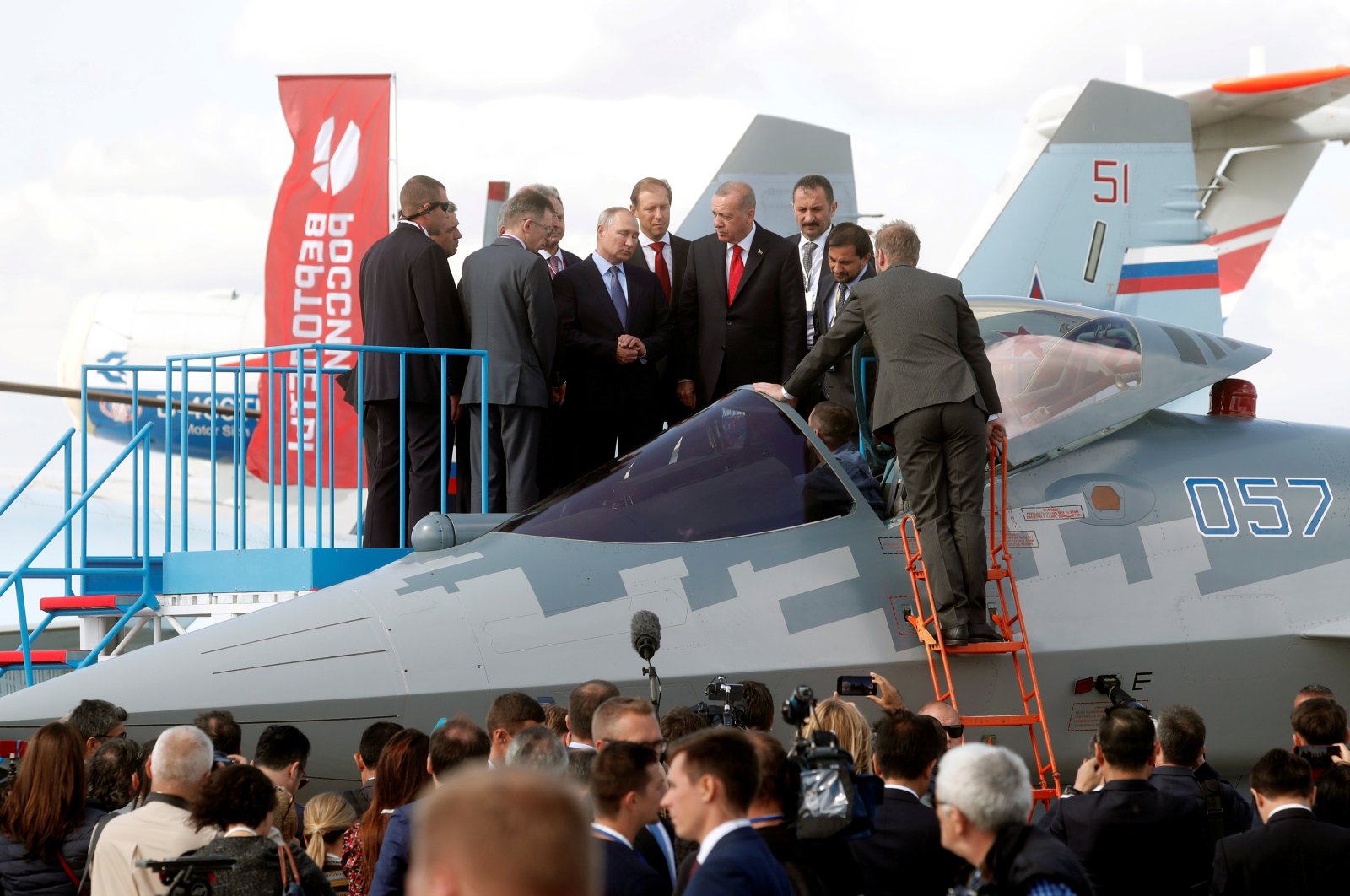 Turkey is ready to still consider fighter jets made by Russia as an option in case the latest talks between Ankara and Washington over a deal that includes the delivery of F-16 fighters break down, according to Ismail Demir, the head of the Presidency of Defense Industries (SSB).

Ankara has been requesting a return for the investment it made in the U.S.-led multinational fifth-generation F-35 fighter jet program, from which it was removed by Washington in 2019 after it acquired S-400 missile defense systems from Russia.

President Recep Tayyip Erdoğan said Sunday that the U.S. had offered Turkey a fleet of F-16 fighter jets in reimbursement for the $1.4 billion (TL 13.05 billion) payment it made to procure F-35 jets, adding that the talks on the issue are ongoing.

Earlier, Turkey was this month reported to have made a request to the U.S. to buy 40 Lockheed Martin-made F-16 fighter jets and nearly 80 modernization kits for its existing warplanes. The deal is potentially worth $6 billion.

Previously, Ankara had ordered more than 100 F-35 jets, made by Lockheed Martin, while its defense industry has been a prominent player in the development and manufacturing of the aircraft.

U.S. State Department spokesperson Ned Price did not confirm Erdoğan’s comment late Monday but added that that the U.S. has not made Turkey a financing offer for the warplanes.

He added the Defense Department remains in consultation with Turkey on resolutions to the ongoing row over the F-35 warplanes.

Asked if it was possible for the money Turkey has paid to be used toward the purchase of F-16s, Price said: “The Department of Defense continues to be engaged in a dispute resolution mechanism with Turkey on the F-35, but I’m not going to prejudge the outcome.”

“There is the payment of $1.4 billion we have made for the F-35s, and the U.S. had such a proposal in return for these payments,” Erdoğan said.

“And regarding this, we said let’s take whatever steps are needed to be taken to meet the defense needs of our country,” he said, adding that the new F-16 jets would help develop its fleet.

The Turkish air force possesses well over 200 F-16s, which are poised to be phased out by 2035. Nearly 100 aircraft in the fleet await upgrades.

One of the largest operators of F-16s in the world, Turkey has been undertaking projects to extensively upgrade its fleet, including structural improvements to extend the lifespan of the oldest jets in its inventory, which includes aged Block 30 versions as well as more modern Block 50s.

The aircraft, with similar features to Lockheed Martin’s F-35, is aimed to perform its maiden flight in 2023.

The Biden administration is said to be supporting the F-16 deal. Yet, the matter could likely face challenges getting approval from the U.S. Congress, known for its anti-Turkey stance that has repeatedly damaged bilateral relations.

There is bipartisan support in the U.S. Congress to push the Biden administration to put pressure on Ankara, primarily over its purchase of Russian weapons.

Erdoğan is expected to meet with his American counterpart Joe Biden on the sidelines of the G-20 summit in Rome later this month, in a meeting that many say could unlock the standoff over the F-35s or F-16s.

In case an agreement on the delivery of the F-16 fighters fails, Ankara is still ready to consider purchasing Russian-made Su-35 and Su-57 fighter jets, SSB’s Demir said Monday.

“If the United States does not approve a deal on the F-16s after the situation with F-35 aircraft, Turkey won’t be left without alternatives,” he was cited as saying by the Turkish private broadcaster NTV.

“The issue of Su-35 and Su-57 planes may surface again at any time,” Demir noted.

Turkey has also been indicating it still intends to buy a second batch of S-400s from Russia, despite opposition from the U.S.