China urges US to lift restrictions on trade 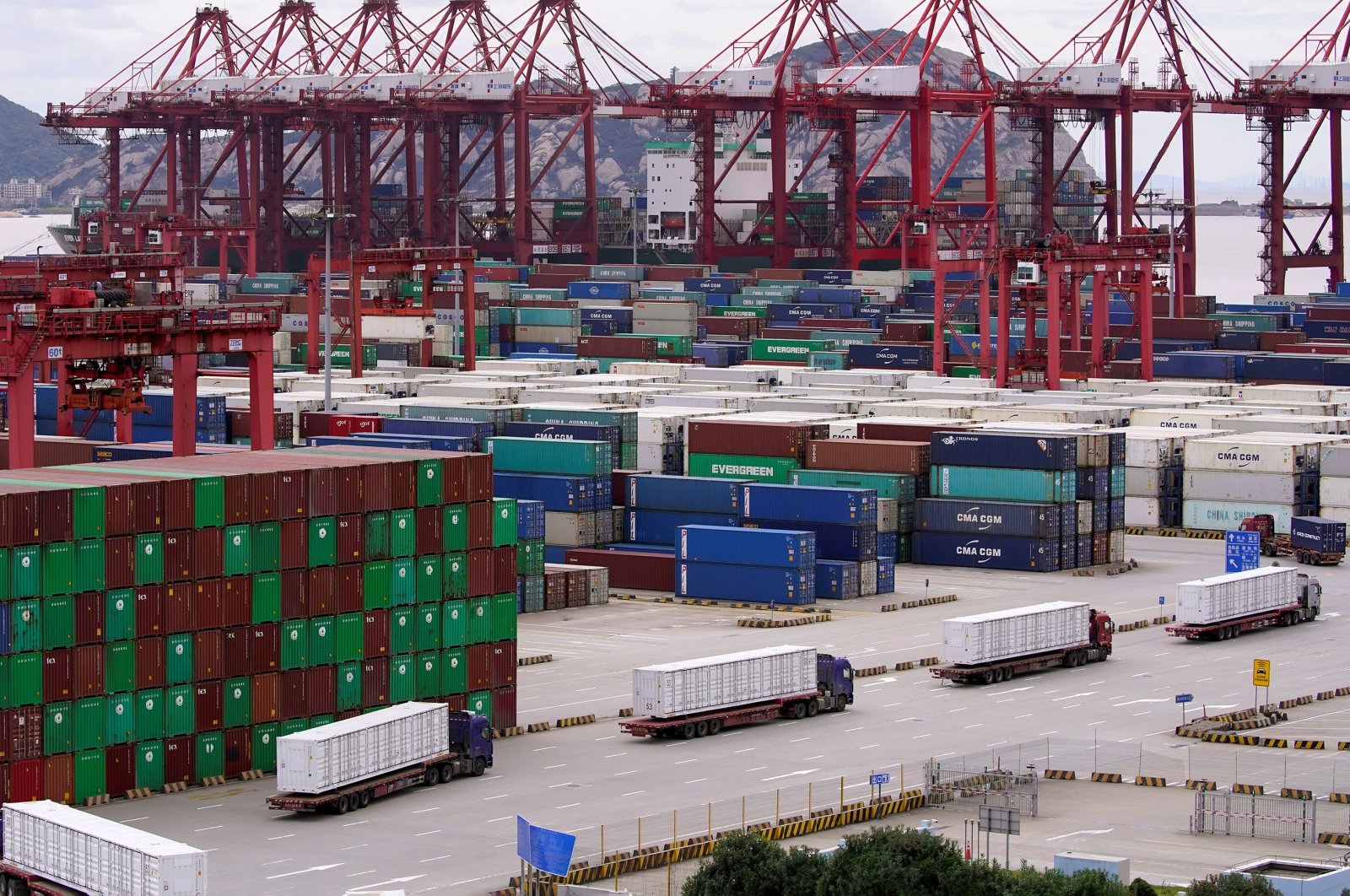 Containers and trucks are seen at the Yangshan Deep Water Port in Shanghai, China, as the pandemic continues, Oct. 19, 2020. (Reuters Photo)
by ASSOCIATED PRESS Feb 22, 2021 8:55 am
RECOMMENDED

Foreign Minister Wang Yi's comments at a Foreign Ministry forum on U.S.-China relations come as Beijing presses the new administration in Washington to drop many of the confrontational measures adopted by former President Donald Trump.

Trump hiked tariffs on Chinese imports in 2017 and imposed bans and other restrictions on Chinese tech companies and academic exchanges as he sought to address concerns about an imbalance in trade and accusations of Chinese theft of American technology.

Trump also upgraded military and diplomatic ties with Taiwan, the self-governing island claimed by China as its own territory, while sanctioning Chinese officials blamed for abuses against Muslim minorities in Xinjiang and a crackdown on freedoms in Hong Kong.

"We know that the new U.S. administration is reviewing and assessing its foreign policy," Wang told diplomats, scholars and journalists at the Lanting Forum. "We hope that the U.S. policymakers will keep pace with the times, see clearly the trend of the world, abandon biases, give up unwarranted suspicions and move to bring the China policy back to reason to ensure a healthy, steady development of China-U.S. relations."

While Biden has pledged reengagement and a more civil tone in U.S. diplomacy, it's unclear whether he will make any fundamental changes in Washington’s policies toward Beijing. China faces more opposition than ever in Washington due to its trade record, territorial disputes with neighbors, and accusations of technology theft and spying. Taiwan enjoys strong bipartisan support, as do criticisms of China’s human rights record, especially on Hong Kong, Xinjiang and Tibet.

In his first address before a global audience Friday, Biden said the U.S. and its allies must "prepare together for a long-term strategic competition with China."

"Competition with China is going to be stiff. That’s what I expect, and that’s what I welcome, because I believe in the global system Europe and the United States, together with our allies in the Indo-Pacific, worked so hard to build over the last 70 years," the president said in remarks delivered virtually to the annual Munich Security Conference.

As is standard in Chinese foreign policy, Wang put the onus for improving relations squarely on the shoulders of the U.S. and offered no direct proposals for major breakthroughs, even while encouraging increased dialogue.

Wang said China had "no intention to challenge or replace the United States" and was ready to peacefully coexist and seek common development.

Wang urged the U.S. to "stop smearing" the reputation of China's ruling Communist Party and to "stop conniving at or even supporting the erroneous words and actions of separatist forces for Taiwan independence and stop undermining China's sovereignty and security on internal affairs concerning Hong Kong, Xinjiang and Tibet."

He said the U.S. should reactivate all levels of dialogue that he said the U.S. had effectively halted under the Trump administration, and boost cooperation on major bilateral and international issues. The COVID-19 pandemic, climate change and the global economic recovery are the three biggest issues on which the sides can cooperate, he said.

On trade, Wang said China would defend the rights of U.S. companies while hoping the U.S. would "adjust its policies as soon as possible, among others, remove unreasonable tariffs on Chinese goods, lift its unilateral sanctions on Chinese companies and research and educational institutes and abandon irrational suppression of China's technological progress."

The U.S. should also lift restrictions on media, educational and people-to-people exchanges to reverse sharp declines in numbers of Chinese studying in the U.S. and visits by Chinese for tourism or business, Wang said.

"I hope that the two sides will work together to steer the giant ship of China-U.S. relations back to the course of sound development toward a bright future with boundless prospects," he said.

While the tone taken toward the U.S. by high-ranking diplomats such as Wang, senior foreign policy adviser Yang Jiechi and President Xi Jinping himself appears more positive than under Trump, China's Foreign Ministry spokespeople have remained combative.

At a briefing on Friday, spokesperson Hua Chunying contrasted the freak winter weather striking Texas with the robust social and economic interactions seen in China over the just-passed Lunar New Year holiday, without offering any show of sympathy.

"All this has given us a deeper understanding of what human rights truly mean and how to better protect them. We are more convinced that we are on the right path and have every confidence in the future," Hua said.