COVID-19 pandemic: Shot in the arm for Turkish e-commerce 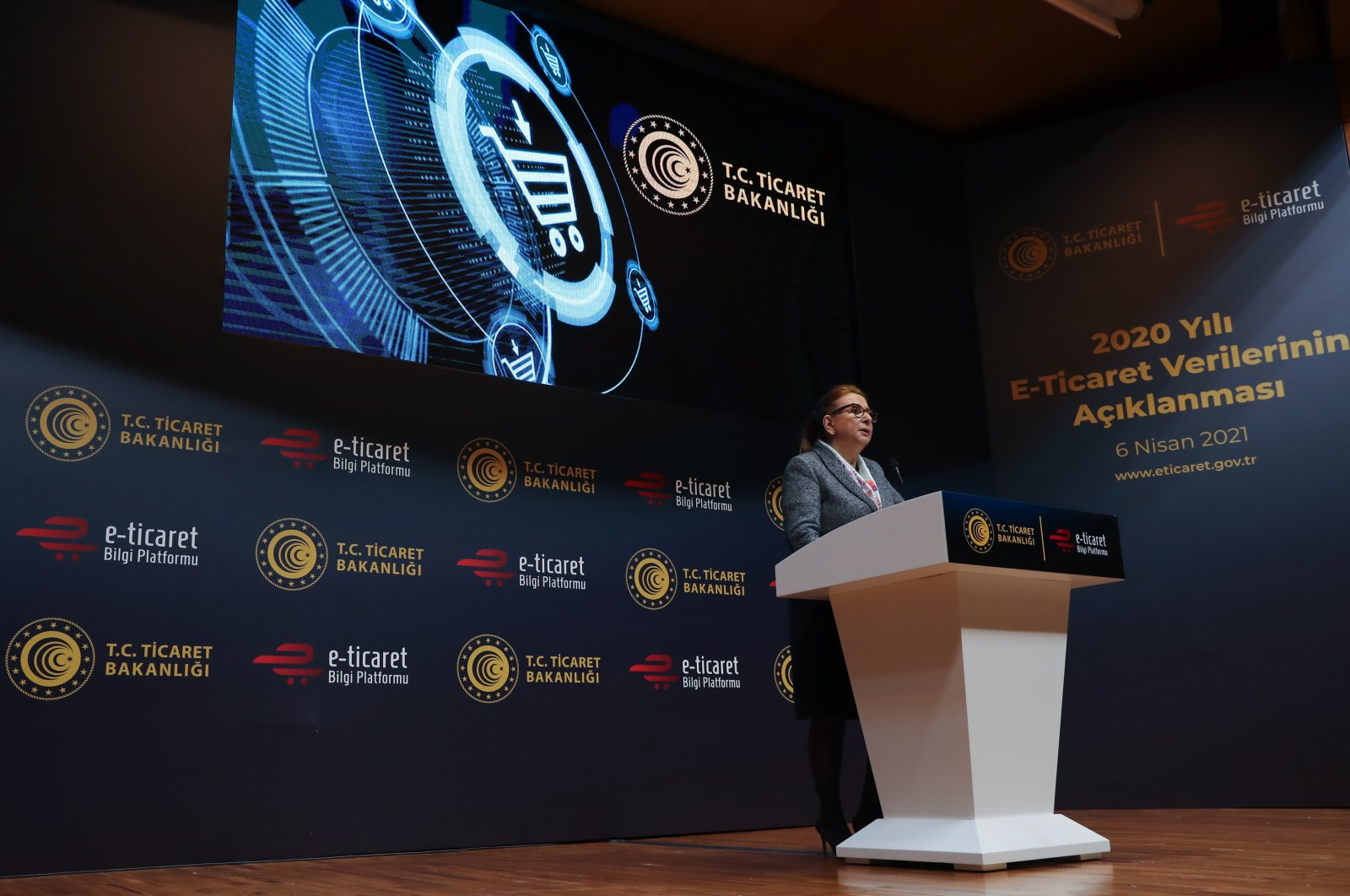 The volume reached TL 226.2 billion (around $27.76 billion), Trade Minister Ruhsar Pekcan told a news conference in the capital Ankara. The figure was up from TL 136 billion in 2019.

E-commerce has been one of the biggest beneficiaries of the pandemic, as containment measures introduced millions to the convenience of online shopping.

It also prompted many to get into the business, resulting in thousands of new jobs.

The number of companies engaged in e-commerce operations in Turkey surged by 275% to 256,861 last year, Pekcan stressed, saying it was an indicator of the dynamic development of the sector in the country.

Consumers went after food and supermarket orders the most, spurred mostly due to the nationwide weekend lockdowns and night curfews during the week, which the government implemented to curb the spread of the pandemic.

Food and supermarket sectors were up more than 200%, Pekcan said.

The metallurgy and chemical sector surged 189%, white goods (home appliances) increased by 129%, the home, garden, furniture and decoration sector soared 105% and the florist sector rose by 100%.

The pandemic brought air travel to a halt, prompting airlines, travel and accommodation industries to plunge 40%, 46% and 37% year-on-year, the minister noted.

Citing data from international institutions, she stressed the global e-commerce volume hit $4.3 trillion, up by 23% year-on-year in the same period.

The figure is projected to reach $6.5 trillion over the next three years, with the increase to accelerate further, she noted.

Turkey had put into force an e-commerce customs trade declaration practice as of June, Pekcan said.

The data showed that e-exports amounted to some $1.42 billion in the June-December period, the minister said. The country’s overall exports in the same period totaled approximately $108 billion.

“The ratio of e-exports to general exports in the said period stood at 1.3%,” Pekcan said. “The rate stands at about 4.4% worldwide.”

The minister said they see e-commerce as the main instrument to boost the country’s overall sales.

“The fact that the share of e-commerce spending in GDP increased by 51.8% in 2020 compared to the previous year is a concrete indicator that e-commerce is growing strongly in our country,” Pekcan noted.

She stressed that the opportunities provided by e-commerce compared to classic retail trade also contribute to the increase of economic and commercial activities in Turkey and the expansion of the exporter base.

Pekcan emphasized that they aim to make a significant contribution to the e-exports with logistics centers that will be opened in different locations abroad.

The minister expressed beliefs that the e-commerce volume, the number of businesses engaged in the industry, e-exports and the e-commerce market, in general, would further deepen and expand in the period ahead.