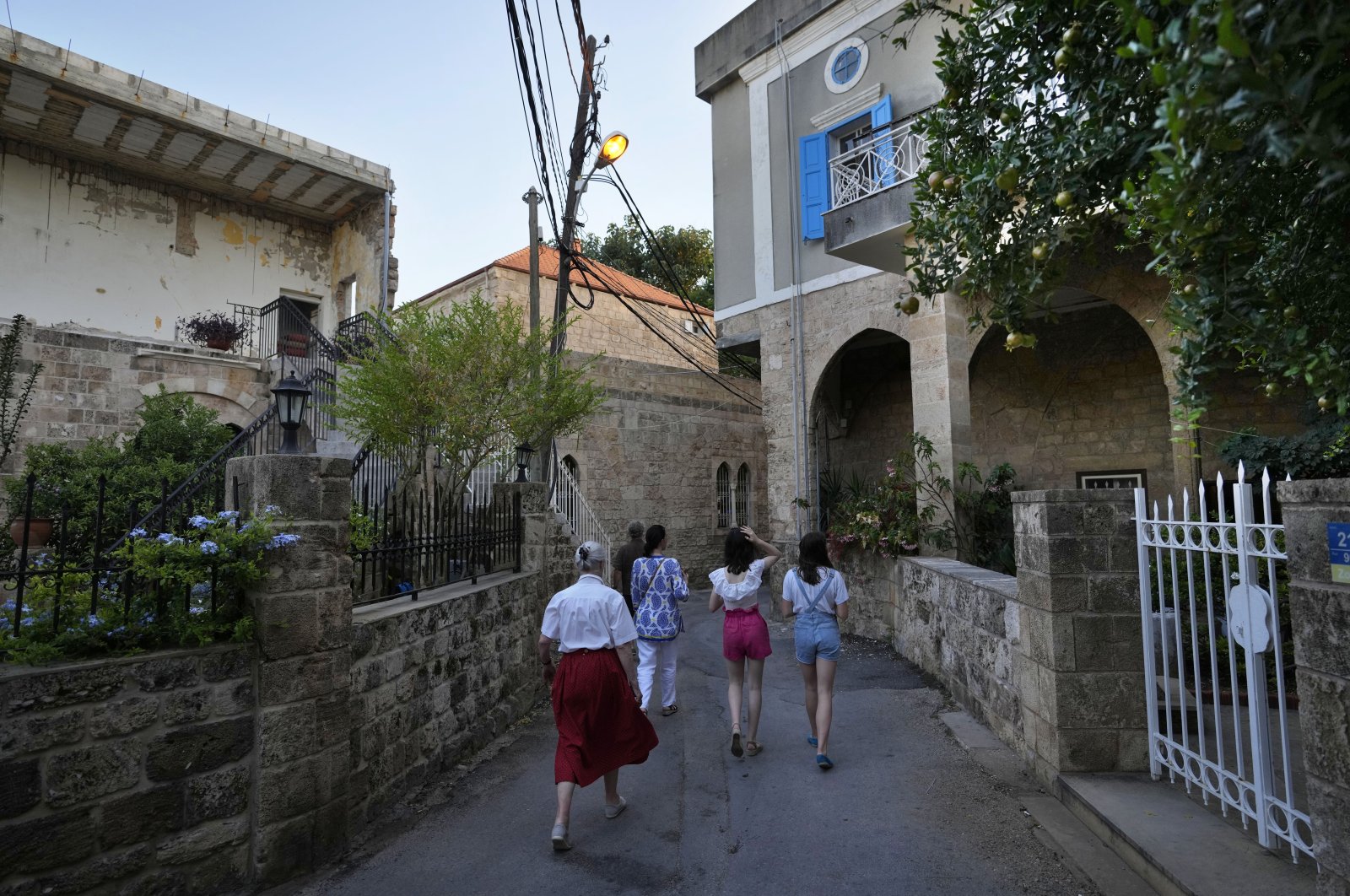 Many in economic crisis hit Lebanon’s accommodation and tourism sector hope to host an increasing number of foreign visitors, who they feel would inject a bit of much-needed relief into the country’s economy.

One of many, in a village in Lebanon’s scenic Chouf Mountains, 69-year-old Chafik Mershad has a massive rectangular guestbook despairingly showing the date when he hosted his last visitor: Nov. 16, 2019.

A month earlier, anti-government protests had exploded across the country over taxes and a deteriorating currency crisis. Amid such uncertainty, few people visited his guesthouse. Then came the coronavirus and subsequent government-imposed lockdowns. The guesthouse officially closed its doors in February 2020. A year and a half later, he still has no plans to reopen amid the country’s current financial meltdown.

“(COVID) really affected us, but the biggest thing was the currency crisis,” Mershad said, speaking at his home above the guesthouse. “We used to offer meals for guests with Nescafe, tea, whatever they wanted for a cheap price. Now, one hamburger patty costs that much."

The dual shocks of the pandemic and a devastating financial crisis have gutted the hospitality sector of this Mediterranean nation, known for its beaches, mountain resorts and good food. Hundreds of businesses, including guesthouses like the Mershad Guesthouse, have been forced to close.

But as pandemic restrictions are being eased, the businesses that survived hope the dollars spent by visiting Lebanese expats and an increase in domestic tourism can get the wheels of the economy moving again.

Currently, most hotel reservations are from Lebanese expats and some foreigners from neighboring Iraq, Egypt and Jordan. Airport arrivals are picking up: Every day for the past several weeks, the Beirut Airport has had four flights coming from Iraq, with more than 700 passengers in total, according to Jean Abboud, president of the Travel and Tourist Agents Union. Chaotic scenes have been reported at the arrivals lounge as people crowd for the obligatory PCR test.

Many Lebanese who traditionally vacationed abroad over the summer are now turning to domestic tourism. It's the more practical option because of travel restrictions, dollars trapped in banks and a lack of functioning credit cards.

“In the past two years, the country has radically changed. It is no longer a destination for nightlife, for city tourism and for the things that people knew. There’s ... more interest from the Lebanese to travel inside their country,” said Joumana Brihi, board member of the Lebanese Mountain Trail Association. The association maintains a 290-mile (470-kilometer) hiking trail spanning the country from north to south.

Many in the industry say the number of domestic tourists has increased significantly since the country’s lockdown eased in April. They expect to see expats piling in and spending this summer despite the instability, partly because of the devalued Lebanese pound.

That will save a lot of places from shutting down or “at least prolong the life of some businesses,” said Maya Noun, general secretary of the syndicate of restaurant owners.

Last year, Member of Parliament Michel Daher was chastised on social media for saying on TV that “Lebanon is really cheap, in every sense,” because of the crumbling currency.

“People were laughing at me then,” Daher told The Associated Press. “Now, there are lots of Lebanese expats coming because of the prices, but we also want foreigners."

Still, the scene on the ground is no picturesque vacation destination. Electricity cuts last much of the day and privately run generators have had to be turned off for several hours to ration fuel. The country suffers from a shortage of vital products, including medicine, medical products and gasoline.

For weeks, frustrated citizens have been lining up to fill up at gas stations, with occasional fistfights and shootings amid frayed nerves. More than half the population has been plunged into poverty, and with sectarian tensions on the rise, Lebanon feels ready to erupt.

Lebanon’s currency crash has created a jarring schism between the comfortable minority whose income is in so-called fresh dollars that can be withdrawn from banks, and those being pushed farther into poverty, including former members of a vanishing middle class whose purchasing power has disappeared.

Resorts in the coastal cities of Batroun and Byblos are regularly packed and forecast to do well this summer after being closed last year because of the pandemic. Restaurants, pubs and rooftop bars are buzzing again and some mountain guesthouses and boutique hotels are fully booked.

Yet the idea that expats will help the economy is partially misleading, said Mike Azar, a Beirut-based financial adviser. “Foreign dollars coming from tourists is always going to be a positive thing, but does it make the (pound) appreciate or depreciate at a slower pace? It is not really something you can say.”

Many expats seem to be wavering on whether to visit Lebanon. Some yearn to reconnect with family after long separations caused by the pandemic. Others are not willing to risk it.

Joe Rizk, a 20-year-old mechanical engineering student at UMass Lowell in the U.S. from the coastal village of Damour, said his family persuaded him to return for the month of August. He said he would bring medicines that are in short supply, like Advil, for family and friends.

"I will not spend more than $300 or $400 this whole month even if I was going every night to a bar, or club or restaurant,” he said, adding he would be using the family house and car while in Lebanon.

But Hala al-Hachem, a 37-year-old assistant bank manager in Massachusetts, said she was too worried to visit Lebanon with two children, aged 8 and 6. Originally from south Lebanon, she used to return with her family every summer.