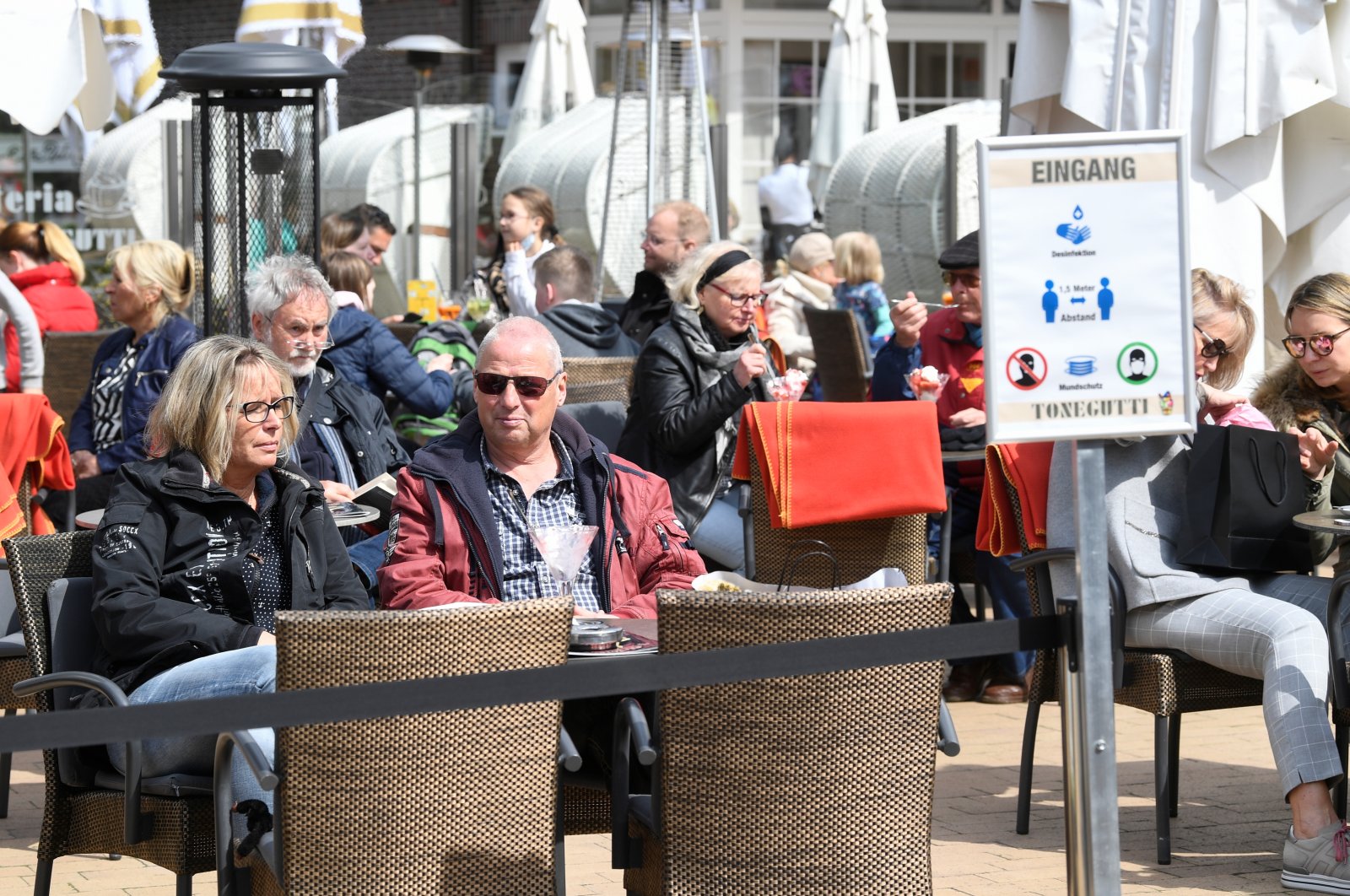 People sit in a cafe amid the coronavirus pandemic at the Baltic Sea resort Timmendorfer Strand, Germany, May 8, 2021. (Reuters Photo)
by Agencies Jun 03, 2021 3:40 pm
RECOMMENDED

The German government expects Europe’s biggest economy to grow by up to 4% this year as the coronavirus pandemic recedes, a senior official said Thursday

“Germany resisted the recession better than many predicted, growth fell less than in many countries and the recovery started earlier,” Economy Minister Peter Altmaier told reporters.

Altmaier’s comments marked the anniversary of the government's agreement on a stimulus package to help kick-start the economy, which included cutting value-added tax (VAT) during the second half of last year and giving families a one-time 300-euro ($366) payment per child.

Other aid packages have helped keep companies above water during months of COVID-19 closures, while extensive use of a short-term salary support program has kept workers on payrolls and unemployment in check.

Last year, Germany’s gross domestic product (GDP) shrank 4.9%. That was the biggest decline since the financial crisis in 2009, but Germany did better than several other European nations because manufacturing took less of a hit than services during the pandemic.

“We can say today that the economic motor is running again,” Altmaier said.

“We believe that the economy will grow by at least 3.5% this year, and I think it is even possible that we will achieve growth of somewhere between 3.5% and 4%," he added.

Altmaier said data has improved since the government raised its official 2021 forecast from 3% to 3.5% a month ago.

The economy had a rough first quarter of 2021, shrinking by 1.7% as rising coronavirus infections forced shutdowns to be extended.

The weak start to the year stood in stark contrast with a 0.5% expansion in GDP recorded in the fourth quarter of 2020, before more contagious COVID-19 variants upended Germany’s bounce-back.

Coronavirus restrictions are being eased across Germany as infection figures have fallen sharply and the vaccination campaign has accelerated.

Germany administered over 1.19 million COVID-19 vaccine doses Wednesday alone. It has now given at least one dose to 44.6% of its population and fully vaccinated 19.6%.