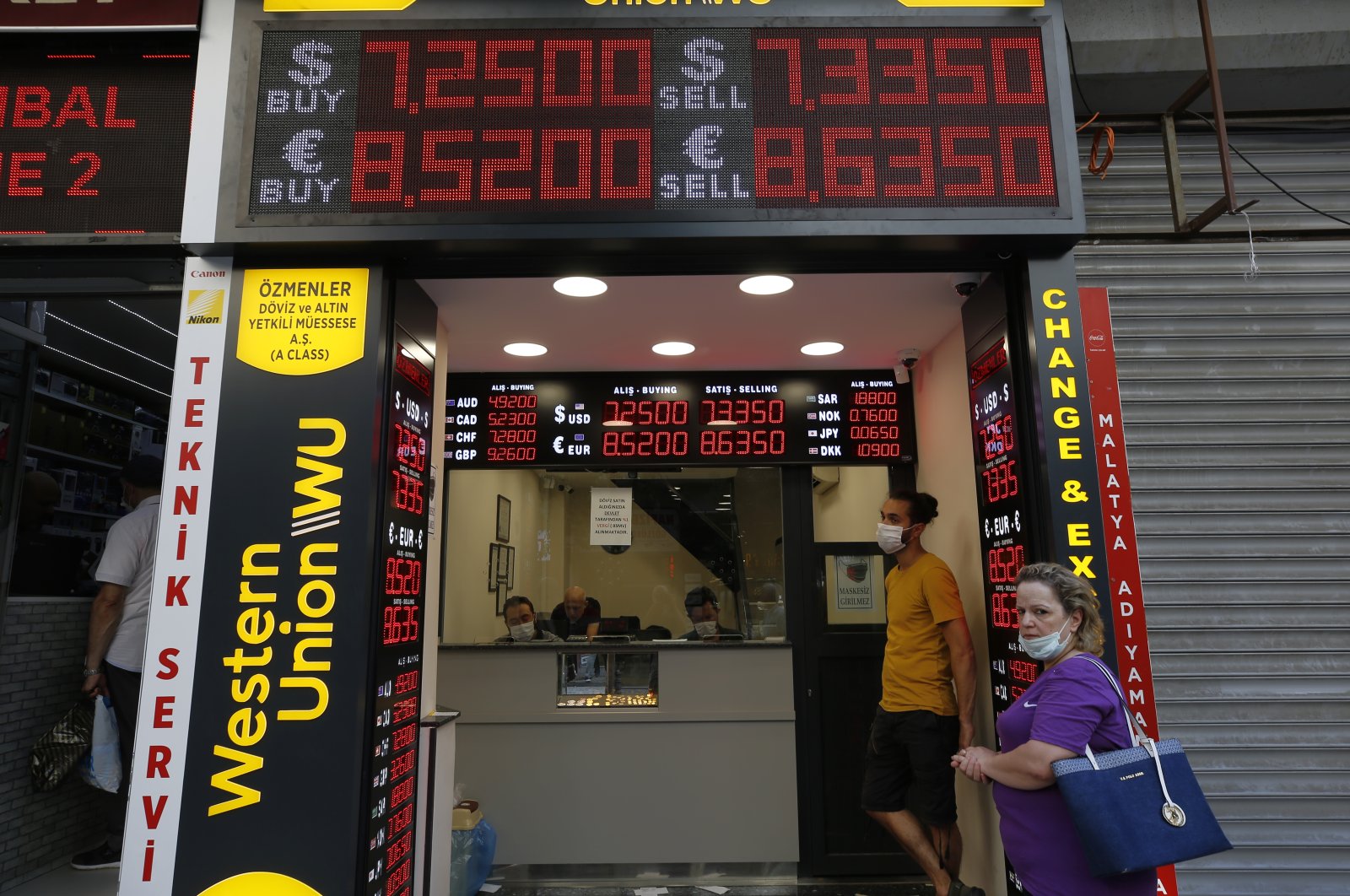 Turkey’s lira has taken an upward trend since the beginning of 2021, and the country’s risk gauge has dropped to its lowest level in nearly a year, driven mostly by hawkish messages from the central bank.

The Turkish lira on Friday hit its strongest level since August and has surged around 4% this year, outperforming its emerging market (EM) peers.

Global markets started the week on a stronger footing, and oil surpassed $60 (TL 427) a barrel for the first time in a year, on hopes that a $1.9 trillion COVID-19 aid package will be passed by U.S. lawmakers as soon as this month.

Ten-year U.S. Treasury yields, which are one of the main drivers of global borrowing costs, climbed to 1.2%, their highest since the peak of the coronavirus uncertainty last March.

MSCI’s 50-country index of world stocks hit its ninth record high of 2021 overnight as Tokyo’s Nikkei jumped on talk of Japan relaxing emergency restrictions and as China’s markets got busy before the start of the lunar new year.

The lira has been particularly lifted by the Central Bank of the Republic of Turkey’s (CBRT) vow to maintain tight monetary conditions until inflation is at the desired level.

CBRT’s new governor, Naci Ağbal, on Friday stressed that interest rates were unlikely to be cut for a “long time.”

In his first interview since taking the job in early November, Ağbal told Reuters Friday, “it does not seem possible to put interest rate cuts on the agenda for a long time this year,” adding that they could also be raised again if necessary.

The lira has rallied from a record low of TL 8.58 per dollar in early November after President Recep Tayyip Erdoğan pledged a new market-friendly economic era and appointed Ağbal as the CBRT chief.

Since then, the central bank has raised rates to 17% from 10.25% to battle inflation that has been stuck in double-digits, giving Turkey the tightest monetary policy of any major developed or emerging market economy.

The annual inflation rate climbed more than expected to 14.97% in January, keeping the pressure on the bank to maintain a tight policy even after sharp rate hikes.

Most countries have slashed borrowing costs to soften the blow of the coronavirus pandemic. But in Turkey, the central bank has hiked the rate by 675 basis points in three months and said it will do more if needed.

Ağbal said consumer prices are set to edge higher for a few months before slowly declining to the bank’s forecast of 9.4% by year-end.

The bank predicts it will take until the end of 2023 for inflation to hit a 5% official target for the first time since 2011.

The hikes and the government’s promise of a new more market-friendly economic era have raised expectations that Turkey will get a handle on inflation and rebuild the foreign exchange (FX) reserves.

Ağbal said the bank would patiently rebuild its FX reserves using auctions and called off a hunt for foreign swap lines that saw it reach out to Washington, London, Tokyo and other capitals last year.

His comments reinforced a growing view among investors that the bank is in no rush to start easing policy.

With the lira gaining, the country’s risk gauge has also fallen dramatically since Ağbal was appointed, dropping to close to its lowest in a year.

The five-year credit default swaps (CDS), a significant indicator of the risks pertaining to the country’s economy, dropped to 286 on Monday.

The gauge on Friday fell below 300 points to 292 points for the first time since March last year. The CDS was above 500 for much of last year.