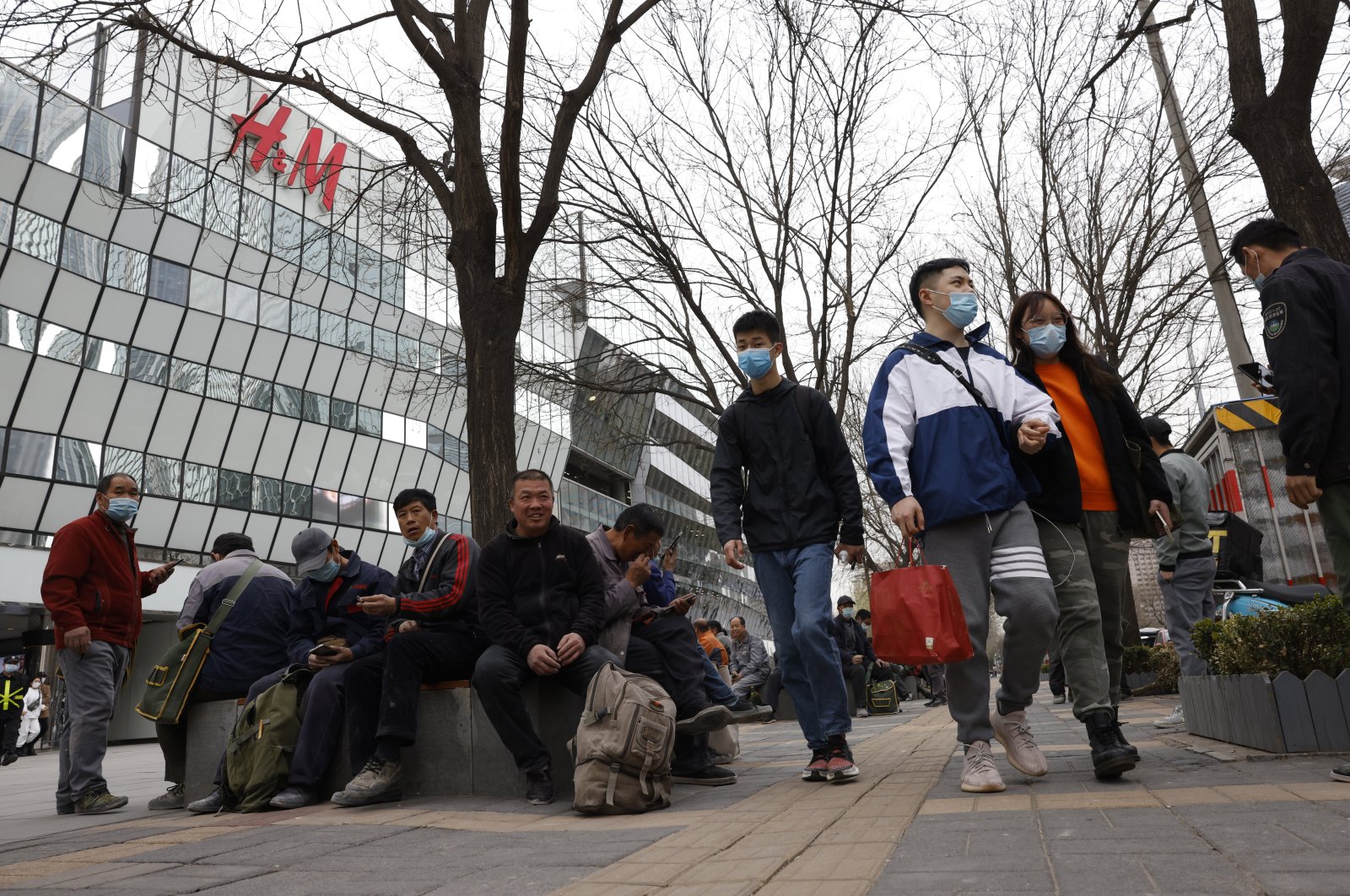 H&M is doing "everything" to resolve a boycott in China that was sparked by the Swedish clothing giant’s decision to stop sourcing cotton from Xinjiang over forced labor concerns, abuses against Uyghur community of the region, the fashion stores chain said Wednesday.

H&M and other fashion brands have been under fire in China for statements voicing concern about allegations of labor violations in cotton fields in the far west region inhabited by Muslim-Turkic minority of Uyghurs.

"We are working together with our colleagues in China to do everything we can to manage the current challenges and find a way forward," H&M said in a statement.

"We are dedicated to regaining the trust and confidence of our customers, colleagues, and business partners in China," it said.

Australian Olympians were the latest to be embroiled in the row on Wednesday as the country revealed its uniforms for the upcoming Tokyo Games.

The Australian Olympic committee faced criticism as it rolled out ASICS-branded sportswear, with the company facing questions over its use of cotton from Xinjiang, also known as East Turkistan.

The vice president of the Olympic committee said it had been assured that none of the cotton came from that region.

Rights groups say more than 1 million Uyghurs and other mostly Muslim ethnic minorities have been held in internment camps in Xinjiang, where they have also been forced to work in factories.

H&M makes around 6% of its revenue in China, which is home to nearly 10% of its stores.

China had become H&M's third biggest market before the boycott.

The company has not released the figures on the financial impact of the boycott or which measures it has taken in response to the controversy.

"China is a very important market to us and our long-term commitment to the country remains strong," H&M said, noting it has been present in the country for more than 30 years.

"We want to be a responsible buyer, in China and elsewhere, and are now building forward-looking strategies and actively working on next steps with regards to material sourcing."

The statement was issued on the sidelines of quarterly results which showed a net loss of 1.07 billion kronor ($123 million) in the December to February period due to the coronavirus pandemic.

In late March, about 1,500 of the company's 5,000 stores were temporarily closed due to coronavirus restrictions, H&M said.

Sales, however, jumped 55% in March compared to the same month last year.