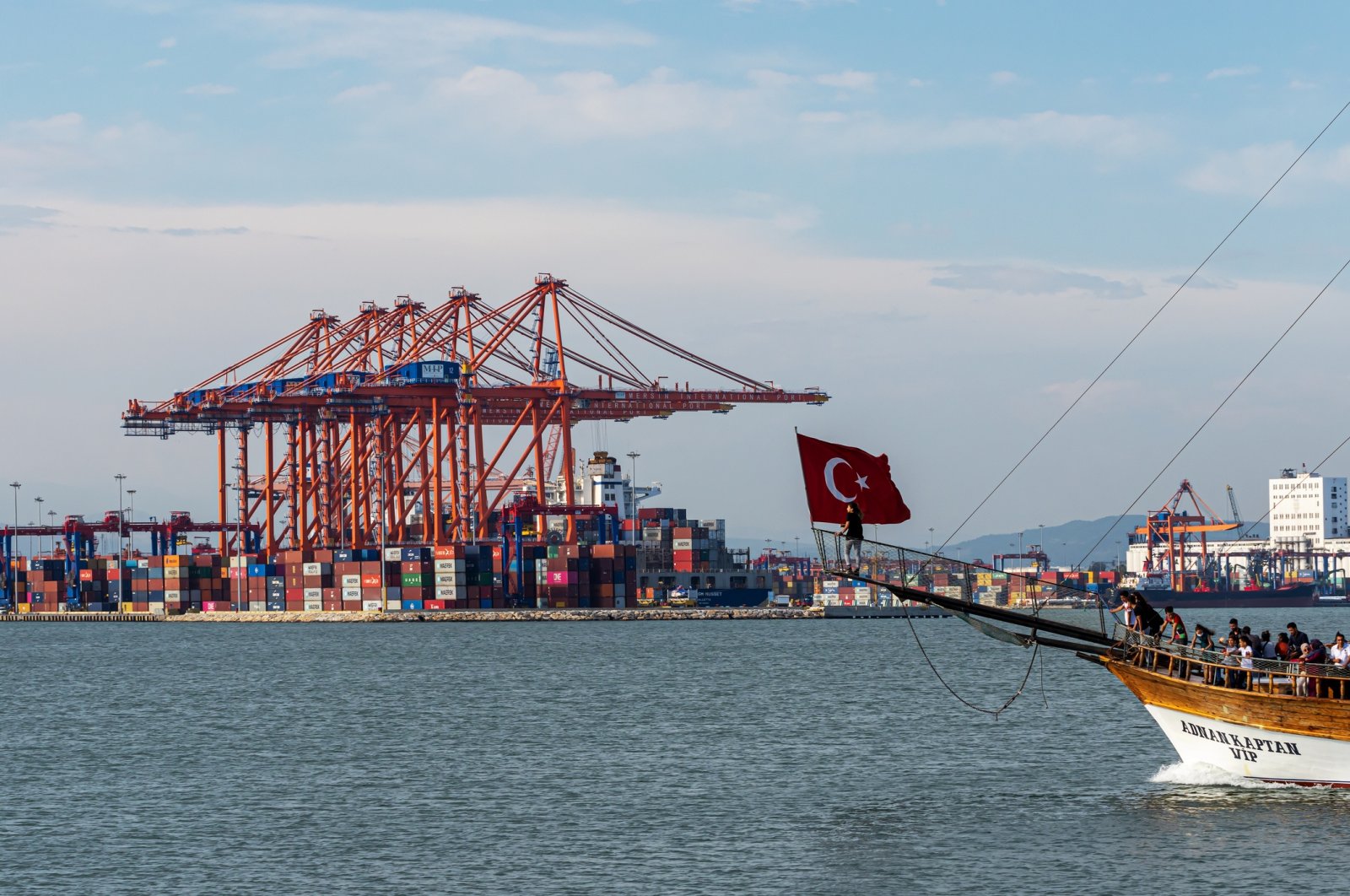 Turkey made a flying start to 2021 thanks to its strong performance for the second month in a row, Pekcan said.

The export-to-import coverage ratio was 82.7% this February, the minister noted.

The data follows the highest monthly figures in January and December as sales surpassed $15 billion and $17.84 billion, respectively.

Also addressing the meeting, Turkish Exporters' Assembly (TIM) Chairperson Ismail Gülle said now that the country has renewed records in the first two months of the year, they believe a year-end target of $184 billion could be achieved and even exceeded.

Pekcan recalled that Turkey joined China to become the only two Group of 20 countries that managed to expand last year despite the coronavirus pandemic.

The economy grew a less-than-expected but still strong 5.9% in the fourth quarter and 1.8% in 2020 as a whole, the official data showed Monday.

The exports rebounded rapidly in the third and fourth quarters last year, Pekcan said, recalling that sales increased by 6.7% in the October-December period to $51.3 billion, exceeding the $50 billion threshold for the first time.

The country took a 3.7% share in the European Union’s total imports in 2020, according to EU statistical body Eurostat. This, Pekcan said, enabled Turkey to outperform Norway, South Korea and Japan to rank sixth in the bloc’s overall imports.

"Since 2015, Turkey has been the only country to increase its share in EU imports for five consecutive years," the minister said.

The government is closely monitoring all factors, including excessive increases in raw material prices caused by the pandemic, difficulties and imbalances observed in logistics and volatility in international financial markets, Pekcan said, stressing that steps would be taken in favor of producers and exporters within this framework.

She said the steps to be soon taken within the scope of the government’s reform process would help strengthen investments and production, also boosting exports.

"In the coming periods, we will work together with all our exporters to increase and deepen our share in all our target markets, especially the EU, with more domestic production and more value-added exports," Pekcan noted.

TIM’s Gülle said they conduced 55 virtual trade delegations and 10 virtual fairs in 50 countries since May last year, looking to continue with face-to-face delegations as of the summer months.

Works on logistics centers near completion

Works on the logistics centers to be established abroad to facilitate exporters’ access to other markets is approaching completion, he noted.

"We plan to establish these logistics centers in three cities in the United States and Africa's Ghana. Bureaucratically, we have brought the documents to the final stage," Gülle informed.

"I believe that these logistics centers will double our exports to the regions where they are established and will support our exporters in distant markets."

Some 1,538 firms have made their first exports ever in February, Gülle said, carrying out around $70.48 million worth of sales. A total of 40,616 companies made exports in the month.

Below are details of data on February exports:

Sales to the U.S. were up $177 million in the month, said Gülle. Other noteworthy rises occurred in exports to the United Arab Emirates (UAE) and Germany with $175 million and $159 million.