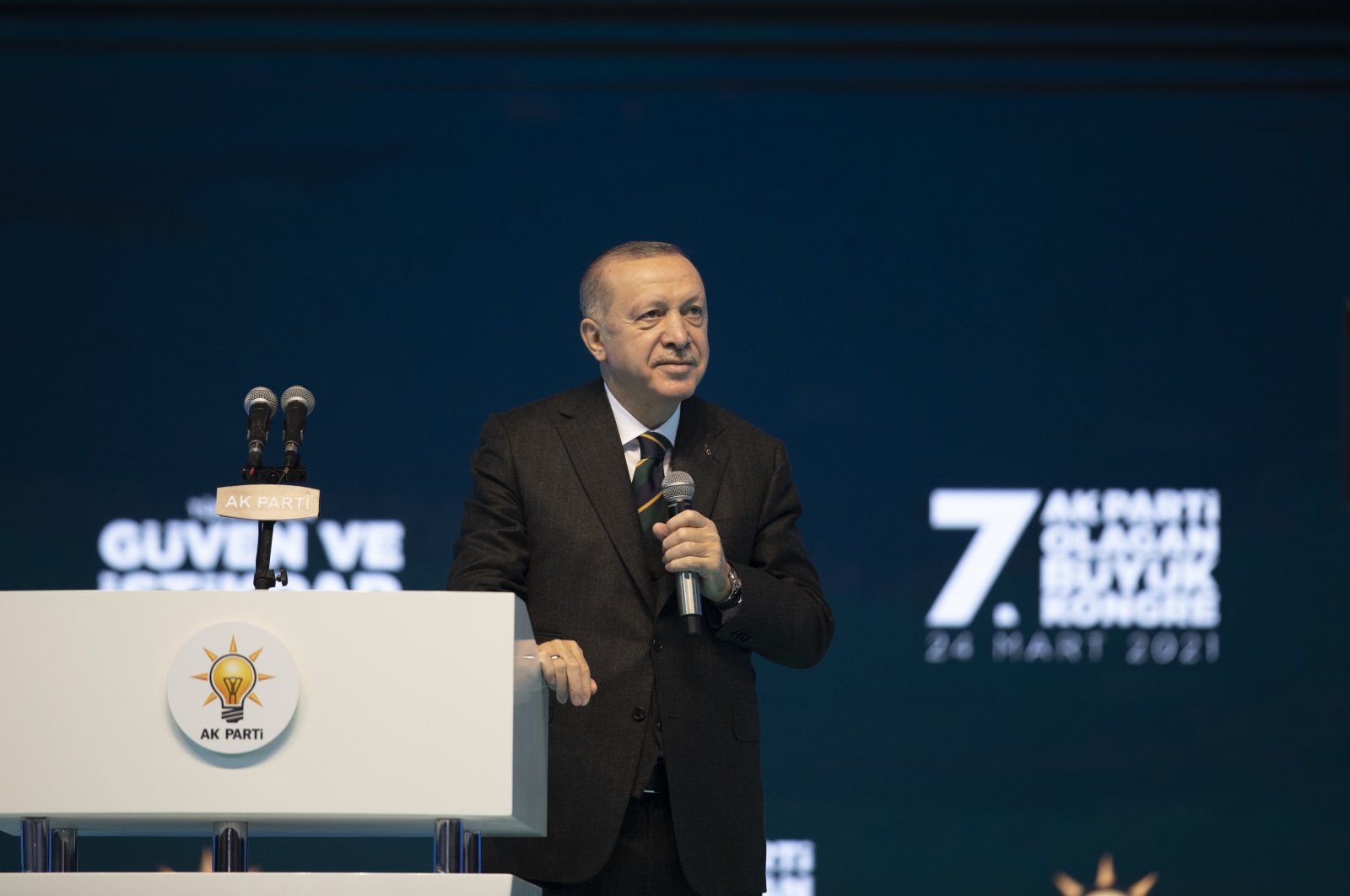 Recent volatility in financial markets does not reflect the realities of the Turkish economy and international investors should maintain their confidence in Turkey, President Recep Tayyip Erdoğan said Wednesday.

“The fluctuations in the markets over the past few days certainly do not reflect the fundamentals, real dynamics, potential and the future of the Turkish economy,” Erdoğan told the Seventh Grand Ordinary Congress of the ruling Justice and Development Party (AK Party) in the capital Ankara.

Erdoğan called on international investors to trust Turkey’s strength and potential. Turks who keep foreign currencies and gold at home should invest them in financial instruments, bringing them into the economy and production, he said.

Stocks and the Turkish lira have lost ground this week following the weekend dismissal of the Central Bank of the Republic of Turkey (CBRT) Governor Naci Ağbal.

The lira weakened beyond 8 against the dollar on Wednesday, bringing losses since Friday to around 10%.

Ağbal was replaced by Şahap Kavcıoğlu in a move that came two days after the CBRT hiked its benchmark policy rate by 200 basis points to 19%, twice the market forecast in what it called a “front-loaded” move to head off rising inflation and support the lira.

A former finance minister, Ağbal was appointed as governor in November. With the hawkish rhetoric against inflation, the bank tightened the policy rate by 875 basis points since his appointment.

“With our dynamic economic structure, fiscal discipline and commitment to a free-market economy, we have repeatedly proved that we are resilient to shocks,” Erdoğan said.

“In the coming period, we will achieve a much better position by growing the Turkish economy on the basis of investment, production, employment and exports,” he added.

These are part of the primary aims of the economic reform package, which Erdoğan announced earlier this month.

He outlined a series of measures that he said would lift the country’s economy. Under the package, the government will focus on efforts to reform the economy on bringing down inflation and tightening state finances as well as increasing the country’s potential growth through productivity driven by investment, employment and exports.

Vowing to bring inflation back down to single digits, Erdoğan also announced plans to set up coordination committees on prices, financial stability and the economy to navigate the changes.

Touting the tourism sector, one of the country's main sources of income, Erdoğan Wednesday stressed that Turkey closed out 2020 with 16 million tourists and $12.4 billion revenue amid the coronavirus pandemic.

“We will continue proceeding through to the target of 75 million tourists in the coming period,” he added.