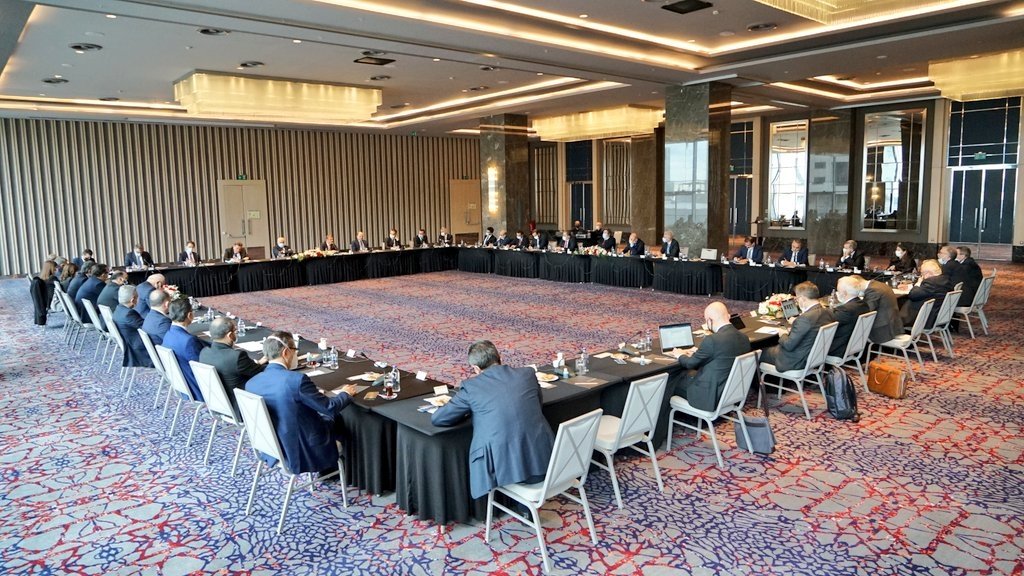 Turkey’s newly appointed central bank governor on Wednesday pledged to stick to the single interest-rate framework, adopted by his predecessor, during a meeting with the top commercial bank officials, Anadolu Agency (AA) reported.

It was Kavcıoğlu’s second meeting with the banking executives after he replaced Naci Ağbal on Saturday.

After taking the reins in November, Ağbal had simplified the bank’s monetary policy and all funding has been provided through the main policy rate, the one-week repo rate.

“Today, we continued the meeting we held with the Banks Association of Turkey (TBB) management on Sunday, expanding it with the managers of banks that are not under the TBB. I thank our stakeholders for their support,” Kavcıoğlu said on Twitter.

The officials discussed a range of issues, including inflation, monetary policy, global developments and the demands of the banking sector.

He said he planned no immediate policy change and that any move would depend on inflation.

His appointment came two days after the CBRT hiked its benchmark policy rate by 200 basis points to 19%, twice the market forecast, in what it called a “front-loaded” move to tackle rising inflation and support the Turkish lira.

With the hawkish rhetoric against inflation, the bank tightened the policy rate by 875 basis points under Ağbal.

Stocks and the lira have lost ground this week following the weekend dismissal. The lira eased about 0.6% Thursday after falling 7.5% on Monday.

President Recep Tayyip Erdoğan said Wednesday that recent volatility in financial markets does not reflect the Turkish economy’s realities and that international investors should maintain their confidence in the country.

Stating that the bank is strictly committed to the government’s target of reducing inflation to 5% in the medium term, they said the bank will use monetary policy tools appropriately to achieve this target.

Senior bankers also noted that the central bank will continue to determine its monetary policy stance in a way that will ensure a permanent decrease in inflation, taking into account the inflation outlook, actual inflation and expected inflation rates.

Treasury and Finance Minister Lütfi Elvan Monday vowed that the country will not compromise on the free-market mechanism, pledging that the country would maintain its macro policy, prioritizing disinflation with determination until a permanent drop in inflation is achieved.

Underlining that the bank will continue to adhere to free-market rules and the floating exchange rate system, the sources said it will keep its communication channels with the banking sector and other stakeholders fully open.