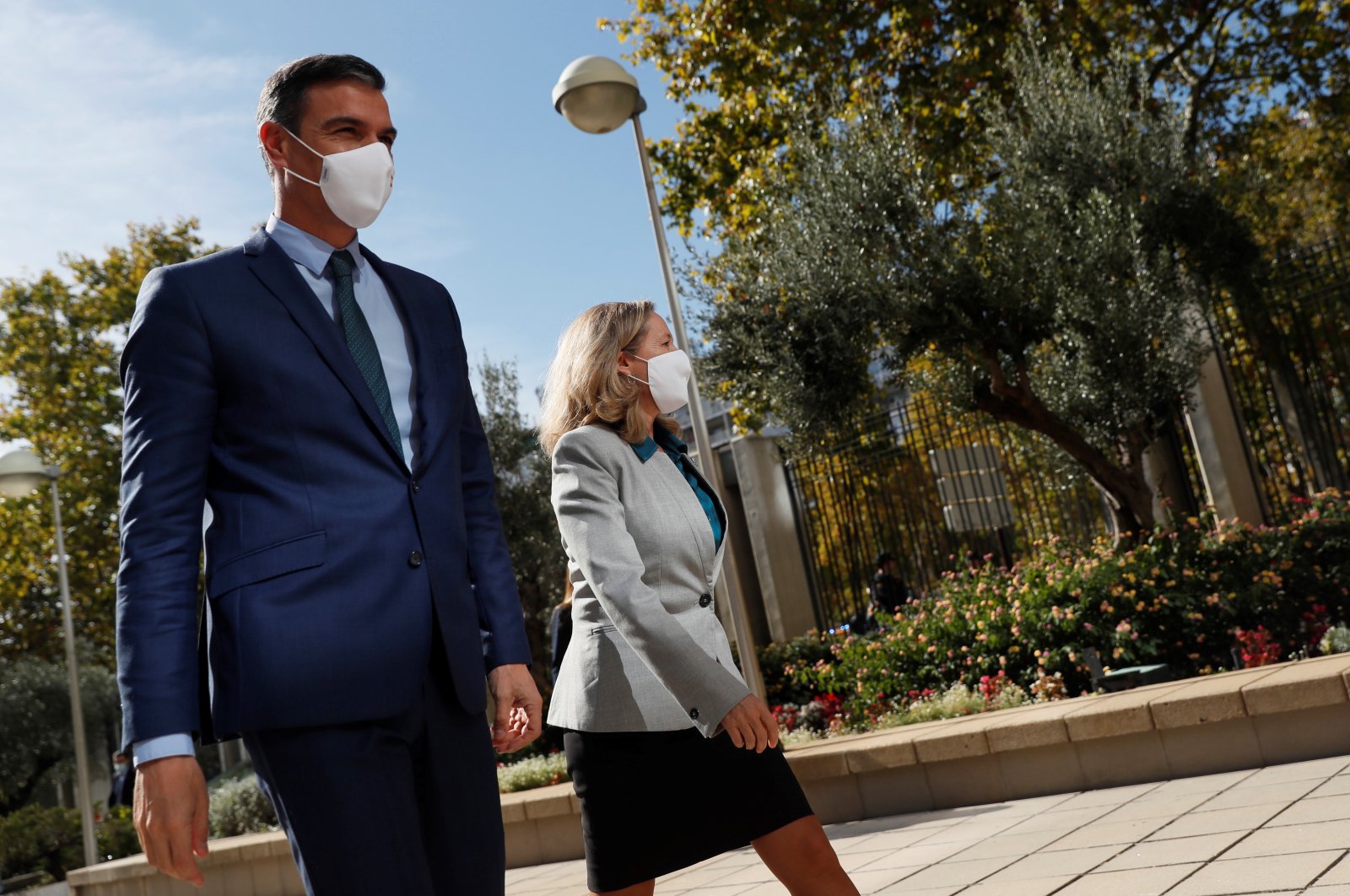 Gone is the optimism shown earlier this year when Sanchez forecast a strong comeback in 2021 for the eurozone's fourth-largest economy.

The country has since faced sluggish consumption, soaring energy prices and weak growth.

Anger over the state of the economy is now starting to spill out into the streets.

Hundreds of auto workers protested in Madrid on Monday to draw attention to the problems the sector faces, while in the southern city of Cadiz metalworkers have been on strike since mid-November to demand wage increases.

As Christmas approaches, truckers have threatened to go on strike to protest against rising fuel prices.

The government had initially forecast the economy would expand by 9.8% in 2021, one of the highest figures in the eurozone.

But in April it slashed its forecast to 6.5%, as Spain was hit by a third wave of COVID-19 infections. Most economists, however, believe growth will not surpass 5% this year.

In recent weeks, disappointing data regarding household consumption and investment have been released that have dampened Spain's economic outlook.

Revised figures show gross domestic product (GDP) expanded just 1.1% during the second quarter, less than half of the 2.8% initially forecast.

"In absolute terms, it's not so bad, but we could expect better," said Pedro Aznar, a professor at Spain's ESADE business school.

He recalled that Spain's tourism-dependent economy contracted 10.8% in 2020, one of the worst results among industrialized countries, so it had "a lot of room to grow."

Analysts blame soaring energy costs, supply chain disruptions and an overreliance on tourism for the slower growth in Spain.

Energy prices have risen across Europe, but the impact has been especially intense in Spain, since it relies heavily on energy imports, and the higher price of gas and electricity has "hurt consumption," said Aznar.

Higher energy prices have also contributed heavily to inflation, which reached 5.4% in October, a 29-year high.

And global supply chain problems have dealt a blow to Spain's key automaker sector, which accounts for 11% of economic output, said Pampillon.

"This forced many factories to close," he added.

Before the pandemic hit in spring 2020, Spain was the world's second-most popular tourist destination after France.

The government has said it was hoping to attract around 45 million tourist visits this year, approximately half the figure for 2019.

But as of the end of September it welcomed just 20 million, as people continue to limit travel because of the pandemic.

"The government was overly optimistic," said Pampillon, adding Spain has also been slow to use money from the European Union's economic recovery fund.

One of the main beneficiaries of the fund, Spain is set to receive 140 billion euros ($157 billion) in grants and loans.

Pablo Casado, the leader of the main opposition conservative Popular Party (PP) which currently tops the polls, accused Sanchez of economic "incompetence" during a debate in parliament earlier this month.

He has called for structural reforms to lower taxes, make the labor market more flexible and "reduce bureaucracy and waste."

Sanchez has said he remains "confident" about the country's economic prospects.

"Spain is doing better and I promise that next year we will be even better than today," he said recently.