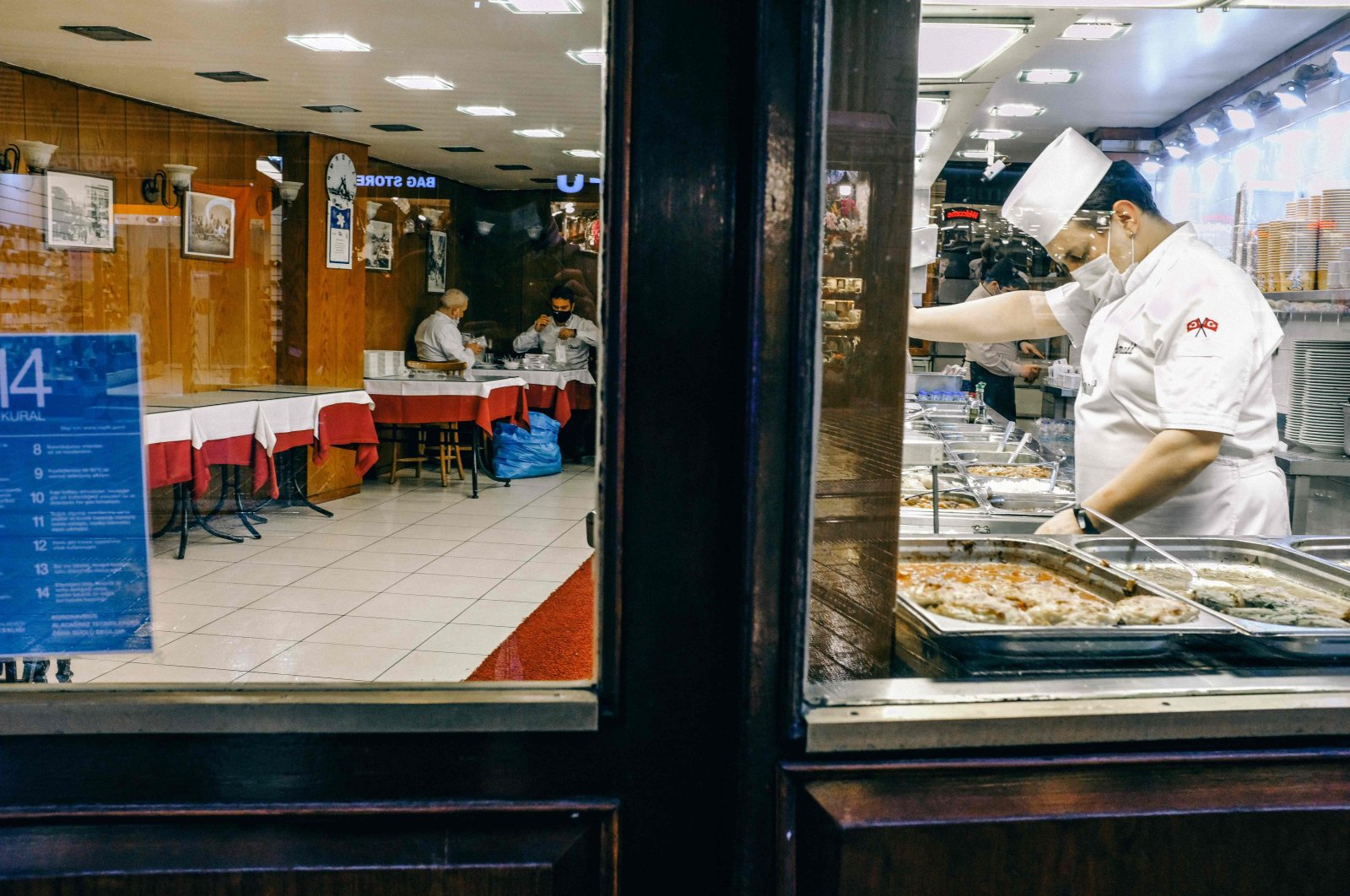 Turkey is looking into solutions to help the country's struggling restaurants and cafes, whose operations have been disrupted by the lockdown measures enacted to stem the spread of the coronavirus.

Turkey’s Health Ministry is working on a formula that includes enabling eateries and cafes to open in provinces with a noteworthy decline in infections, according to a report in the Turkish language daily, Hürriyet.

Businesses have been disrupted for nearly four months and are limited to only serving takeouts. The working hours have been limited in line with measures that Ankara reimposed as of November to curb rising COVID-19 cases. Tradespeople have been asking lately for permission to open their doors to customers.

The support can be claimed by businesses, such as restaurants and cafes, whose 2019 turnover was at TL 3 million ($426,433) and below. Businesses, whose turnover has decreased by 50%, will be provided between TL 2,000 and TL 40,000 payment support for loss of turnover.

The government in January also announced it would be postponing income tax, withholding tax and sales tax payments of businesses that have seen activities temporarily suspended.

Cafes, cinemas, various sports facilities, tea gardens, internet cafes, amusement parks and Turkish baths that have been closed due to lockdowns will benefit from the move.

Koca said it could be possible to ease certain restrictions in provinces in accordance with the criteria that the advisory board will determine. But he underlined that the committee recommends not rushing to ease measures.

Sunday's report suggested that lockdowns could be eased according to the province or district if they are to report lower numbers of fatalities and infections. These are said to be decided by provincial public health boards.

Restaurants and cafes are said to be the first in line to reopen. Businesses will be allowed to open their doors to customers if they comply with strict rules.

The government has taken a series of measures since spring last year to ease the burden and revive economic activity.

Erdoğan in December had announced a grant and rental support for businesses and promised to continue discounts for value-added taxes. The president said that the government would provide tradespeople with nearly TL 5 billion worth of support for three months.

Ankara had already extended financial support as part of the relief package announced in March 2020 to cushion the fallout from the outbreak. It had slashed taxes for hard-hit sectors and has been providing funding for workers.