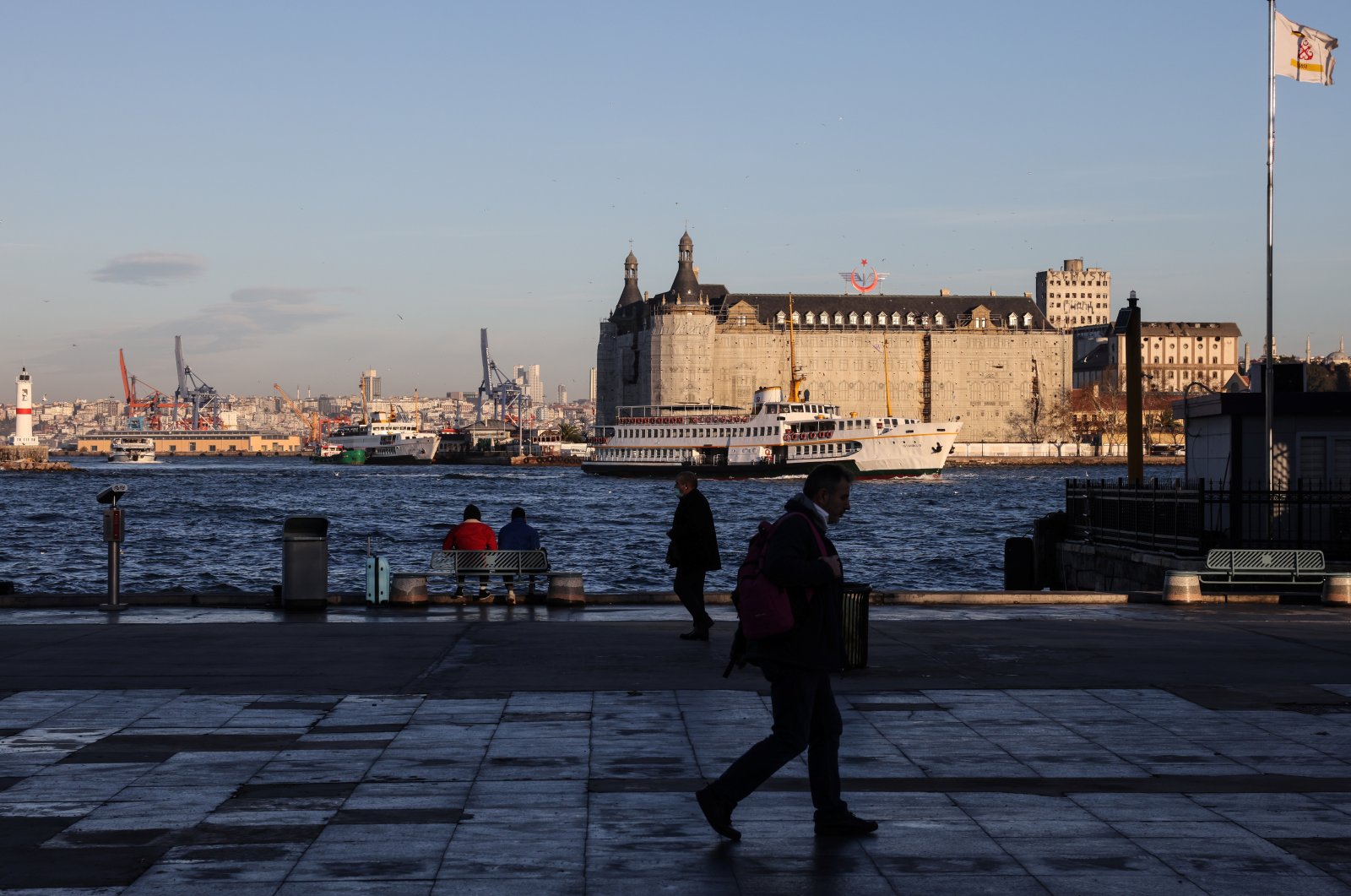 As the Turkish economy deals with high inflation and volatility in the exchange rates, a prominent analyst stressed the underlying concern of the high share of materials that the country imports.

This particularly goes for industry and agriculture, said Monzer Kahf, the United States-educated economist and expert on Islamic economics and finance.

This is a "serious issue" that must be addressed at the microeconomic level, especially as it affects export pricing, added Kahf, who currently teaches at Istanbul Sabahattin Zaim University.

Private short-term borrowing, especially from foreign banks, was high over the past decade or more, he said, noting that relative to corporate productivity, cash flow and maturing corporate debts are difficult to handle in the short run, "especially if we let the Turkish lira dip more."

"We are not yet in a crisis but approaching it in a speedy way unless the government works on different fronts at the same time," said Kahf.

Kahf said that the government needs to take action at the macro and micro levels and on the sectoral level, action on the financial sector, and action on improving the Turkish lira price.

He asserted that the government needs to create a situation that can bring sustainable stability to the economy.

"Before discussing what can be done, we need to realize the time frame. Curing the issues of our economy is going to take time and we need more pills of patience at the level of all people, businesses and government. We also need to realize that while we maintain a free market, a few important measures, for a short period of time (one to three years) are necessary to correct problems created by irresponsible speculative activities and behaviors."

Emphasizing that he "hates interest and doesn't accept it at all," the Islamic economics expert said it is his specialty and continuous research and study to deal with no interest.

But he conceded that interest "exists in our economy and has existed for more than a hundred years. We then need to deal with it."

"At the financial level, we need to reduce interest rate further, as it, in reality, makes a major ingredient of inflation. I advocate having different cost strata to finance different sectors and industries. We need to give industries that directly touch on consumption goods and industries that replace imported ingredients in our products, especially export products, a helpful hand in terms of relaxed cost of financing," he said.

At the same time, Kahf pointed out that it is needed to set the interest rate high for "financing speculation in currencies and in the stock market."

"With this, we need a six-month moratorium without any increment-on all domestic debts below a certain level, such as TL 3 million to TL 5 million ($216,136 to $360,227). Any rescheduling of larger debts should be supervised by a special arbitration committee-with contributions from the Central Bank, Finance Ministry, and Chamber of Commerce and Industry in addition to involved parties," he proposed.

Along with this, it is also required to absorb excess liquidity in the hands of people and in banks through issuance of medium-term – three to seven years period – sovereign Sukuk, a bond-like instrument issued by the various governmental bodies, in both the Turkish lira and the United States dollar with rewarding rental rates, Kahf said.

"Why don't we finance the new Canal Istanbul project through such Sukuk? It is expected to bring a flow of foreign exchange and it can partially be financed by Sukuk in dollars."

Kahf went on to say that it is also needed to "tame currency speculation" by restricting foreign currency purchase of more than a "small reasonable amount" – up to $500 – to payment of imports and other real needs.

"This may be done only for a short period, like three months. But we need to put a tab on currency speculation in the long run to eliminate playing with our currency by the big sharks and there are a few measures that can achieve this objective, some of them drying the margin, requiring immediate delivery of both traded currencies, requiring justification and prior approval for purchases above certain limits, and so on. With such measures, we may not need at all to resort to any rationing of foreign exchange."

He also stressed that for consumer price inflation there is a need to "expedite the promised 1,000 new consumer cooperatives" and increase their number to reach all areas in the country.

"And definitely, we need to be strong of those consumer goods providers who increased their prices unfairly. We know that part of the increase in consumer prices was not reflecting any increase in cost but only based on emotional expectation. Same this also applies to the increase in prices of foreign exchange," he noted.

Kahf said both macro and microeconomic measures are "definitely" required during this period, adding that microeconomic steps "may even be more important and less noisy."

"We need to deal with the needs of promoting each export industry and each import-replacing industry. I believe that our economy can achieve a strong position of an export-oriented economy with freedom and market economy," he said, adding that freedom does not mean lack of regulation and national policy.

Such freedom also does not include "freedom of speculation and harming the economy," he said.

"Freedom of the currency market can be achieved with measures that protect the economy from the wrongdoers, as (U.S. House of Representatives Speaker) Nancy Pelosi said about the measures introduced by the Barack Obama administration in 2010."

As the Turkish government is following a production and export-based economic model, the economy can actually revive with this model, Kahf said.

"The Turkish economy is highly qualified and diversified to be able to grow with growing exports. This requires giving adequate micro-level attention to industries that replace imported ingredients in exports," he said.

Shifting toward an Islamic economic system

From the Islamic economics point of view, the Turkish economy is "highly qualified for a decent rate of growth," said Khaf.

"Growth is a main area we emphasize in Islamic economics, and of course, we mean growth with justice. There are two important elements of justice that we need to emphasize: reducing corruption through fighting bureaucracy and giving more attention in our economic plans to underprivileged areas and classes, especially lower-level salaries," he noted.

Kahf argued that working toward incorporating the finance sector with the real sectors in the economy reduces injustice in finance and projects for the poorer areas in the country and also "improves the application of justice."

"Government that takes care of these two aspects is a government that behaves for the objectives of Islamic economics," he concluded.